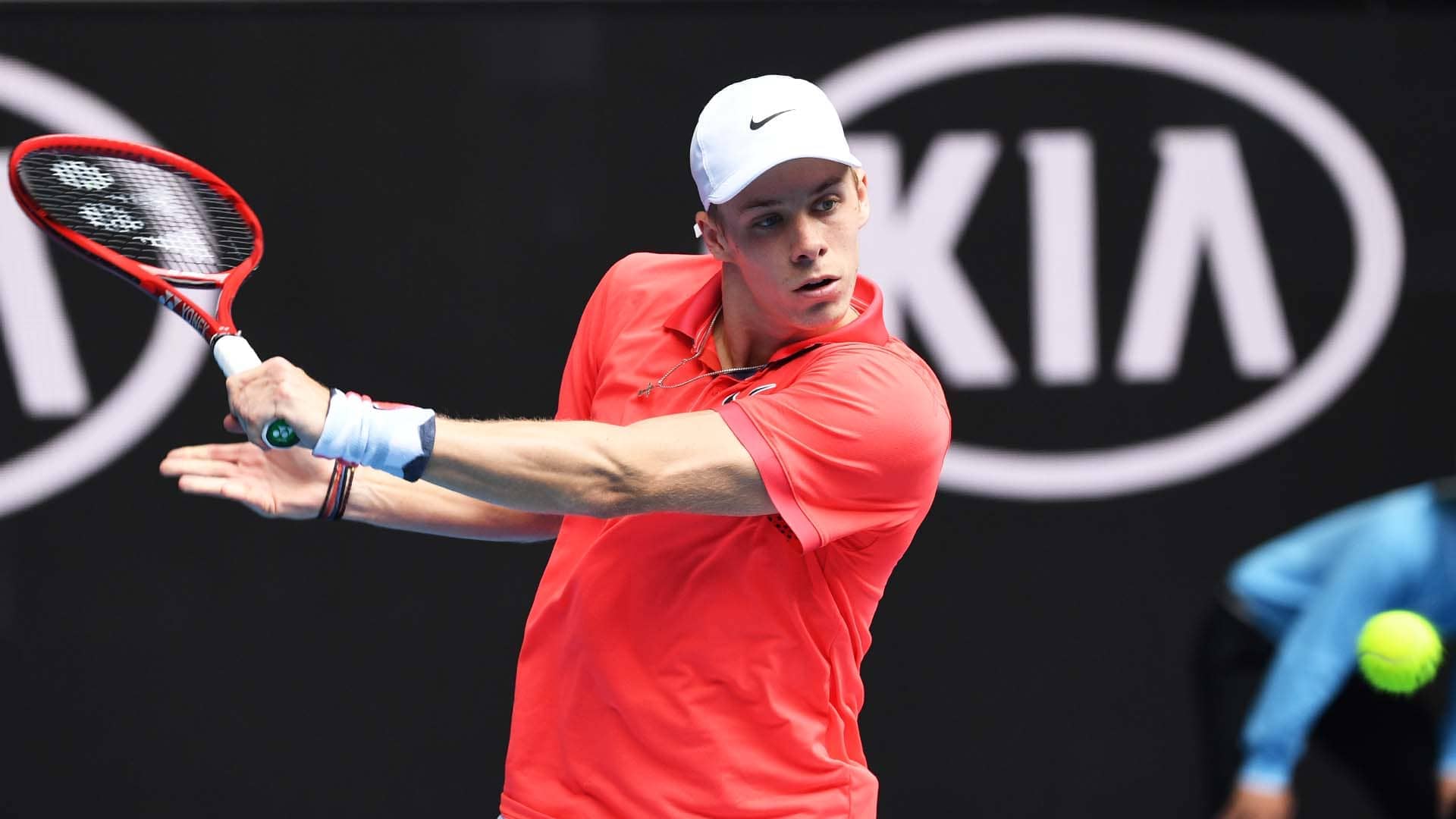 Denis Shapovalov is currently at a career-high No. 13 in the ATP Rankings. © Peter Staples/ATP Tour

After falling to Marton Fucsovics in the first round of the Australian Open on Monday, Denis Shapovalov described the nerves he felt throughout his four-set loss at the opening Grand Slam event of the year.

The 20-year-old arrived in Melbourne at a career-high No. 13 in the ATP Rankings and defeated two Top 10 players at the inaugural ATP Cup, but could not replicate his form during his three-hour, 13-minute defeat at Margaret Court Arena.

With a 4-2 lead in the fourth set, the #NextGenATP Canadian appeared to be en route to a decider against Fucsovics. But the Hungarian rediscovered his best form and won six of the final seven points of the match to improve to 3-0 in Australian Open first-round encounters.

“I had a lot of chances,” said Shapovalov. “Up a break in the fourth set and again getting tight, having a break point and again just shanking a forehand. I am not trying to take anything away from him. I think he played an excellent match. He played really well in the fourth-set tie-break and he was super solid the whole match, but obviously not all of me was there today.”

This is not the first time that Shapovalov has had to deal with nerves at a Grand Slam tournament, but the Canadian No. 1 is well aware that these feelings are a part of playing on the biggest stage. The Stockholm champion, who experienced a similar issue during his first-round loss to Ricardas Berankis at Wimbledon last year, is keen to continue to learn how to manage these emotions in future events.

“It has happened to me a couple of times, last year at Wimbledon it was the same thing,” said Shapovalov. “It was kind of different for me, the wins weren’t coming at that time and I wanted to do well at Wimbledon. I feel like grass really suits me. It was the same story. It happens. I think it happens to every tennis player and it is just about learning to deal with it.”

Shapovalov’s results over the past five months have catapulted the #NextGenATP talent from No. 38 to No. 13 in the FedEx ATP Rankings and provided the Canadian with great confidence on the court. The disappointment of his early loss in Melbourne may take some time to process, but the 20-year-old will be looking to use this moment as an opportunity to grow as a player with many Grand Slam campaigns ahead of him.

“It is definitely an adjustment [after reaching No. 13]. I feel like my game is there to beat any of the top guys, but of course there are so many great players out there and if I’m a little bit off, a little bit nervous, anyone can beat me as well,” said Shapovalov. “It is just about learning going forward and obviously it is a disappointing one but there is nothing to do now except learn from it."