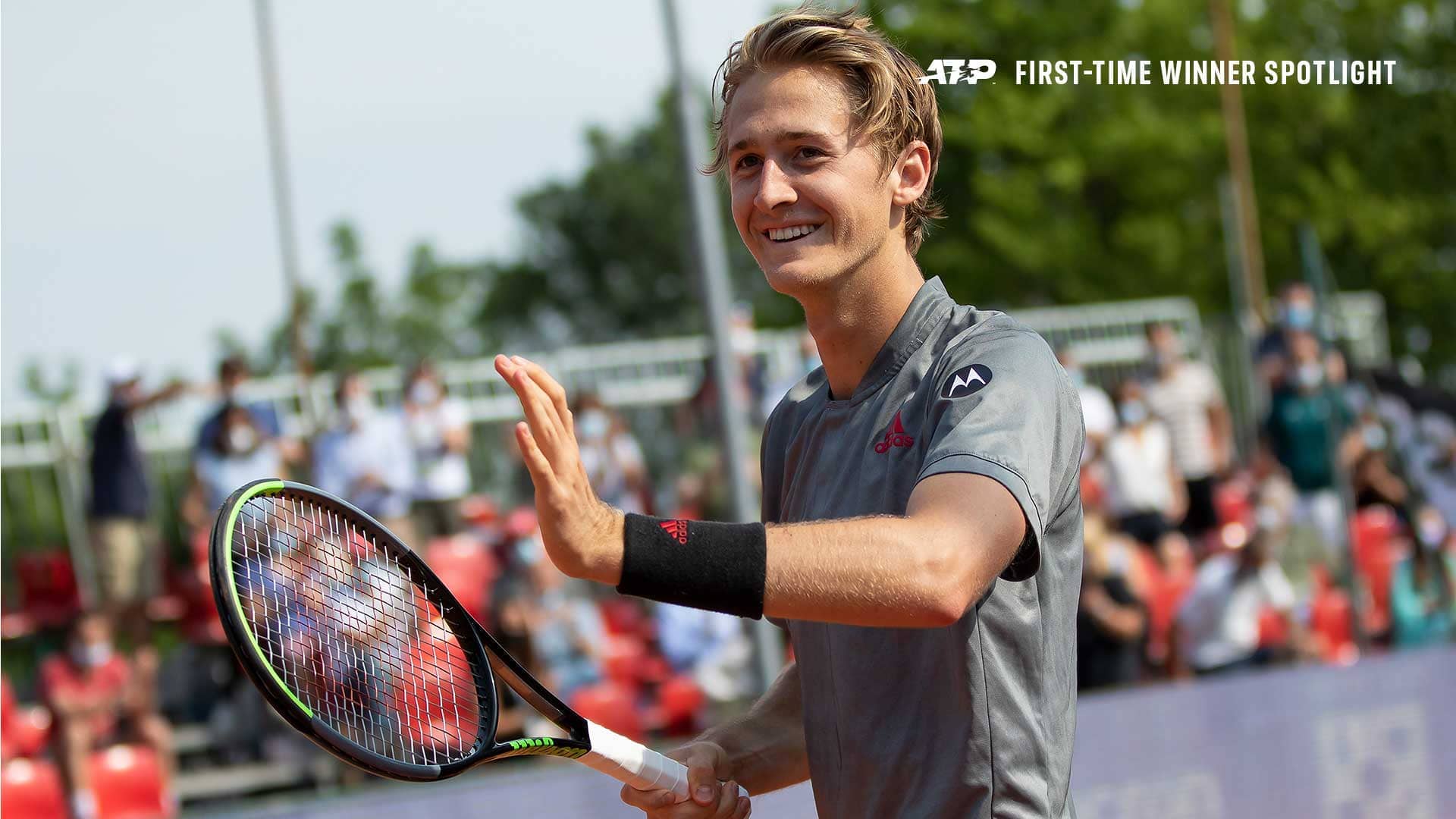 #NextGenATP American Sebastian Korda did not drop a set all week (10-0) en route to his first ATP Tour title at the Emilia-Romagna Open on Saturday.

The 20-year-old, who is now 16-7 on the season, reached his first final at the Delray Beach Open by VITACOST.com (l. to Hurkacz) in January and beat Fabio Fognini, Aslan Karatsev and Diego Schwartzman at the Miami Open presented by Itau, where he advanced to the quarter-finals (l. to Rublev).

ATPTour.com caught up with the World No. 63 after his maiden title in Parma, and discussed the rapid rise the American has made up the FedEx ATP Rankings over the past 12 months.

What does it mean to you to win your first ATP Tour title?
It was a super long week with a really tough draw. I played three Italians, which in Italy is not easy at all and the crowd was really pumping their players up. But I just stayed calm and I am super proud with how I dealt with them.

Earlier this year you reached the final at Delray Beach. What did you learn from that experience that helped you get over the finish line today?
I think at Delray Beach I got ahead of myself, thinking too much and I kind of lost my head a bit and got a bit negative after being up a break [against Hubert Hurkacz], so today was really important for me. I really did learn a lot from that final, and I kept repeating to myself what I should and should not do.

It’s the first title for any American on European clay in 11 years. What is the secret to your success on clay, and how did it become your favourite surface?
It was my favourite surface when I was younger, but now I have definitely shifted towards the American hard courts. Having two European parents helps, as they grew up playing on the red dirt and I am super thankful.

At this time last year, you had not yet won a Tour-level match. Now you are closing in on the Top 50 in the FedEx ATP Rankings and are a first-time titlist. How happy are you with your progress since the ATP Tour’s restart?
Exactly a year ago I was World No. 220, so it is definitely a massive jump and sometimes you do not realise how big of a jump it is. I sometimes got down on myself a little bit after having a rough first part of the clay-court season and did not really put it into perspective what I achieved in the past year. Taking a couple days off, being with my parents and putting in the work again really helped me. It made me realise how far I have come, and I am really enjoying myself on the court now.

You’re currently in fourth position on the ATP Race To Milan. How big of a target is the Intesa Sanpaolo Next Gen ATP Finals for you and what would it mean to qualify?
It would be massive. If you qualify for it, you would be among the eight best #NextGenATP players, so it is a really big thing for me and I really hope to play in Milan in November.

Could you take a moment to acknowledge some of the key figures in your life and career who have helped you to reach this milestone?
Definitely my parents and both of my sisters. They are such big helps and the support system I have, I have incredible people around me. I will never take it for granted and I know how lucky I am.

How would you describe yourself as a player, and how would you describe yourself off the court? Does your on court ‘calm’ extend off the tennis court as well?
I completely change personalities when I am off court. When I am on court, I try to be as quiet as possible and have a poker face and not give anything away to my opponent. Then, when I am off court, I am always trying to smile and mess around with the people I am travelling with.

What do you consider to be your biggest passion outside of tennis and can you tell us a little bit about that interest?
I played ice hockey until I was 10 and I am still super passionate about hockey. I have a lot of NHL players that I am friends with and whenever I am home, I play a lot of hockey and also golf. I am a passionate golfer and whenever I am home, I play with my sisters. Anything sports related I am very passionate about.

This is a milestone moment in your career. How will you celebrate this victory?
[Laughs] Get on a flight and go to Paris and play my match in two days. But it is special, and I do not think it will sink in until after Paris.