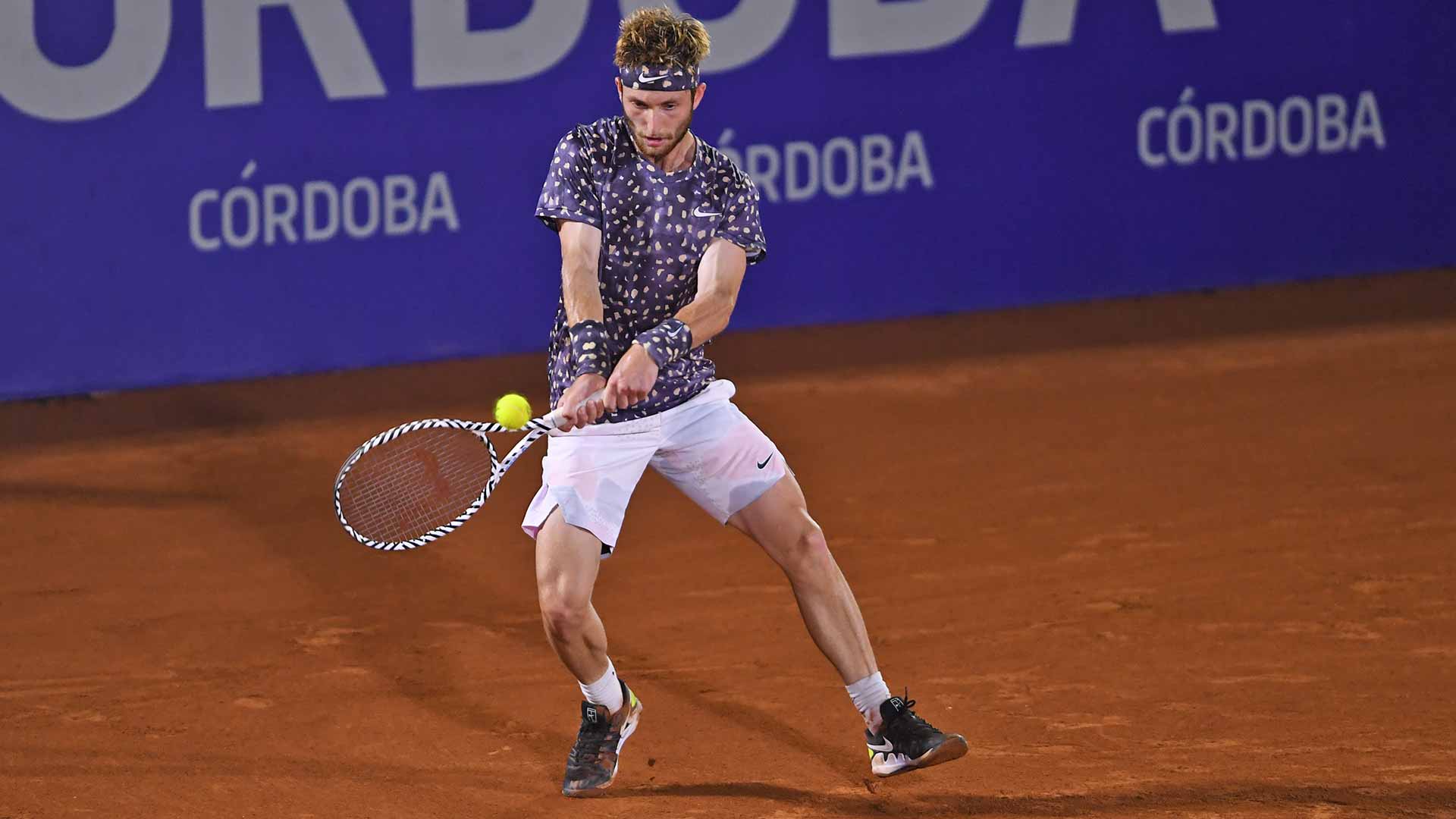 #NextGenATP Frenchman Corentin Moutet survived an up-and-down second-round matchup with World No. 22 Guido Pella to advance 6-7(4), 7-5, 6-3 on Wednesday at the Cordoba Open.

The 20-year-old Moutet led 4-0 in the second set before losing five consecutive games. Pella served for the match at 5-4 in the second set but nerves got the better of him, and Moutet won three straight games to force a deciding set.

In the third, Moutet was again the more confident player, breaking in the fourth game and serving it out to beat Pella for the second consecutive time. Moutet also upset the Argentine last year in the second round of Roland Garros.

“It was very hard. He was close to winning in the second set and is a tough opponent. I won in Roland Garros and knew that I had to use all my weapons and manage my temper to have a chance to beat such a player,” Moutet said.

“My fight today was against him and against my demons. It was hard, but I am very happy because I made a lot of effort and all the work I am doing is worth it.”

The Next Gen ATP Finals hopeful is through to his second ATP Tour quarter-final of the season. Moutet reached his first ATP Tour final during week one at the Qatar ExxonMobil Open in Doha (l. to Rublev).

He will next meet Slovakian Andrej Martin, who saved all four break points to beat Spanish qualifier Carlos Taberner 6-3, 7-6(7).