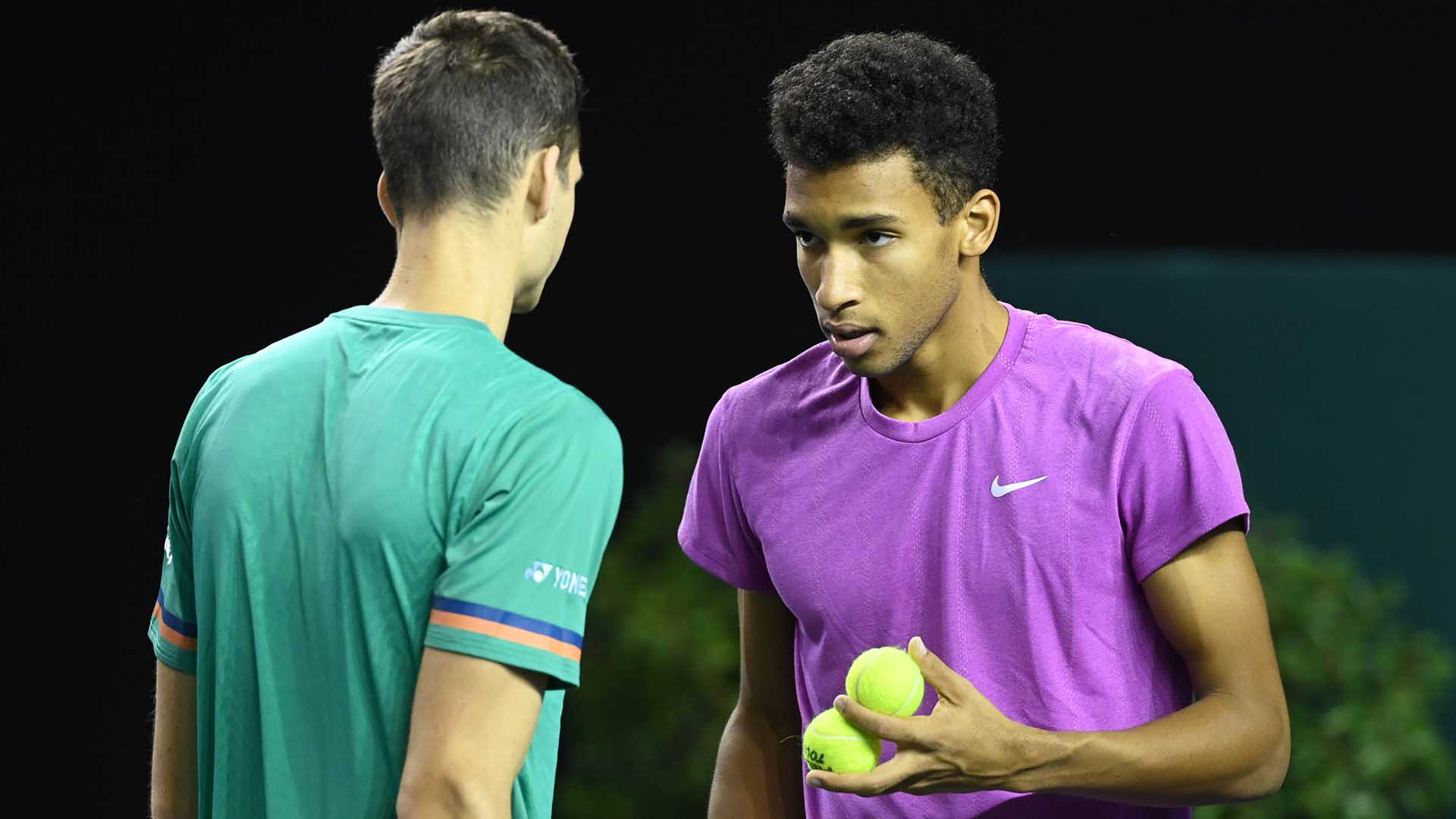 Felix Auger-Aliassime and Hubert Hurkacz ended the six-match winning streak of Lukasz Kubot and Marcelo Melo on Saturday to reach their maiden team final at the Rolex Paris Masters.

The unseeded pair won 59 per cent of its second-serve return points (10/17) to defeat Kubot and Melo 6-2, 1-6, 10-5 in 66 minutes. Auger-Aliassime and Hurkacz are playing together for the second time, following a quarter-final finish at the ABN AMRO World Tennis Tournament in February.

Last week’s Vienna champions Kubot and Melo will now prepare for their fourth straight team appearance at the Nitto ATP Finals in London. The Polish-Brazilian tandem qualified for the event by defeating Pierre-Hugues Herbert and Nicolas Mahut in the Paris quarter-finals.

Auger-Aliassime and Hurkacz will face US Open champions Mate Pavic and Bruno Soares in the final. Pavic and Soares moved to the top of the FedEx ATP Battle For London standings with a 6-3, 7-6(4) victory against London contenders Jurgen Melzer and Edouard Roger-Vasselin. The second seeds saved three of four break points to reach their third final of the year (1-1) in 82 minutes.

Roger-Vasselin and Melzer would have clinched the final qualification position for the Nitto ATP Finals by reaching the final in Paris. The Austrian-French pair will now travel to Sofia in an attempt to book their spot at The O2. Melzer and Roger-Vasselin will qualify for London by reaching the Sofia final and can also qualify if their London rivals Jamie Murray and Neal Skupski do not reach the championship match at the ATP 250.