On This Day In 2019: Sinner Steps Into The Spotlight 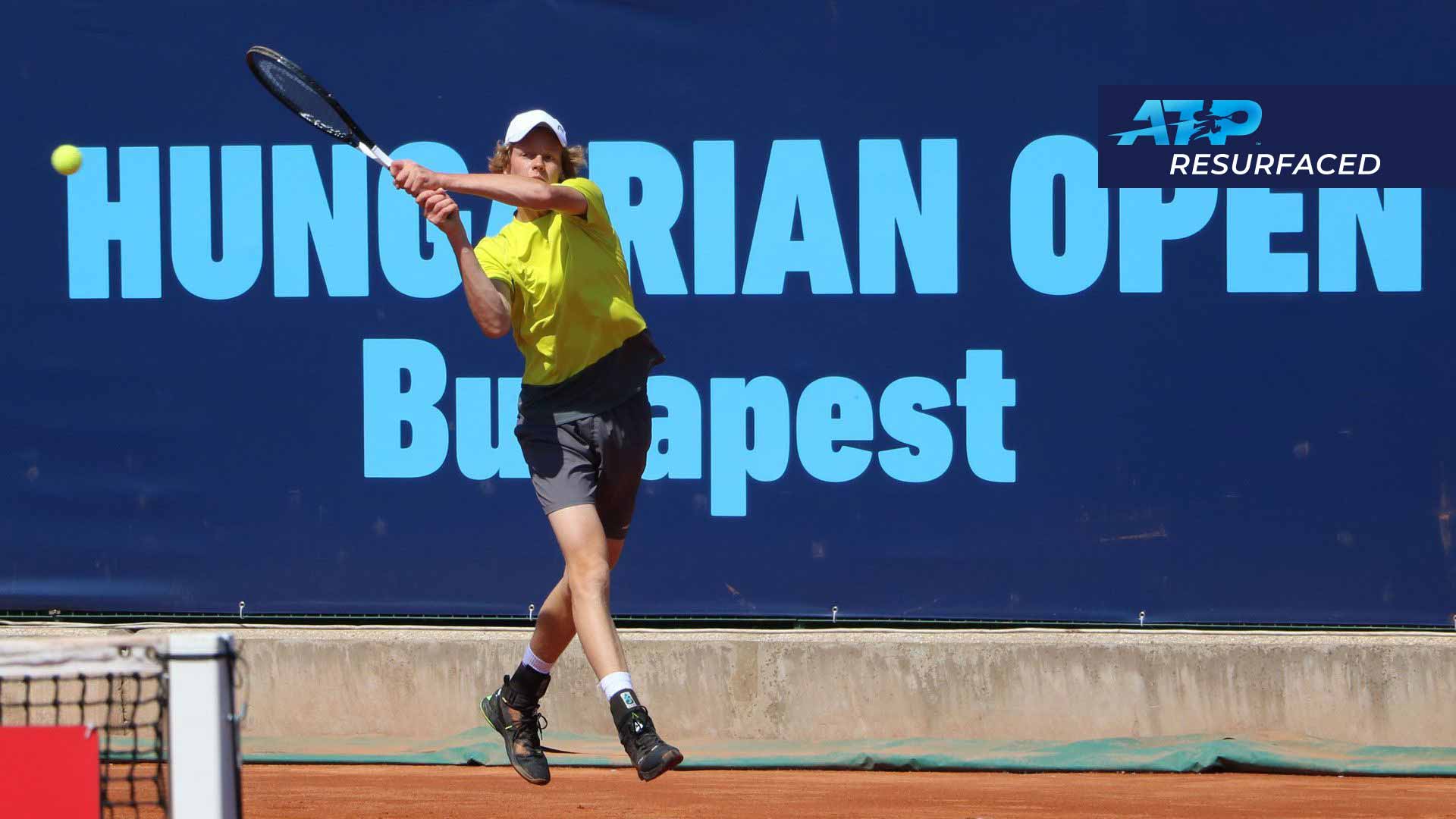 One year ago this week, Jannik Sinner stepped into the spotlight.

Sinner was the No. 314 player in the FedEx ATP Rankings when he competed in the 2019 Hungarian Open. The teen lost in the final round of qualifying, which normally would have ended his tournament. But Budapest would serve as the launching pad of what was a rapid ascent for the Italian in 2019.

Sinner got into the main draw as a lucky loser, and he earned his first ATP Tour victory against Mate Valkusz, defeating the Hungarian 6-2, 0-6, 6-4. The 17-year-old crushed three consecutive forehands on match point to clinch his maiden moment, calmly walking to net, celebrating his triumph with a simple fist pump.

Sinner let slip a 3-0 lead in the decider, potentially showing nerves as he sought his first tour-level win. But the lucky loser showed calm and poise, which have proven key attributes since that moment.

The Monaco resident lost in the second round of the main draw in Budapest, as 2019 Rio de Janeiro champion Laslo Djere eliminated the phenom 6-3, 6-1. But Sinner announced himself in Hungary, and he hasn’t looked back since.

Sinner had already become the youngest Italian to win an ATP Challenger Tour title (Bergamo), and he maintained the momentum from his strong performance in Hungary. The Italian made the final of the Challenger event in Ostrava, and then won his first ATP Masters 1000 match by defeating veteran Steve Johnson at the Internazionali BNL d’Italia in Rome. He lost in the second round against Stefanos Tsitsipas.

“I think it was very good to [learn] how the Top 10 players are mentally,” Sinner said. “I think they're pretty strong, especially with the serve. They're serving very good. But I think I have now a good idea how I have to play in three years.”

Continuing to improve, Sinner stormed to the Next Gen ATP Finals title, including a straight-sets victory against Alex de Minaur in the championship match.

“I think I'm surprised, because it's been an unbelievable week. All the players are unbelievable players. If not, they [would] not [be] here,” Sinner said after beating De Minaur. “I was the No. 8 seed. I tried to have my chances, and of course today I'm very happy about my game.”

One year before his Budapest breakthrough, Sinner was World No. 1,479. As recently as 5 February 2018, he didn't own a FedEx ATP Ranking.

“I just try to play week after week better. That's my goal. And then obviously if I play better, the [FedEx ATP] Ranking will be better, for sure,” Sinner said after winning his first Grand Slam main draw match at this year’s Australian Open. “I'm not thinking so much about the Ranking. We are just trying to make match after match good, trying to play better, and then we will see. I don't want to rush this.”