Sinner, Musetti, Alcaraz Light Up First Half Of 2021 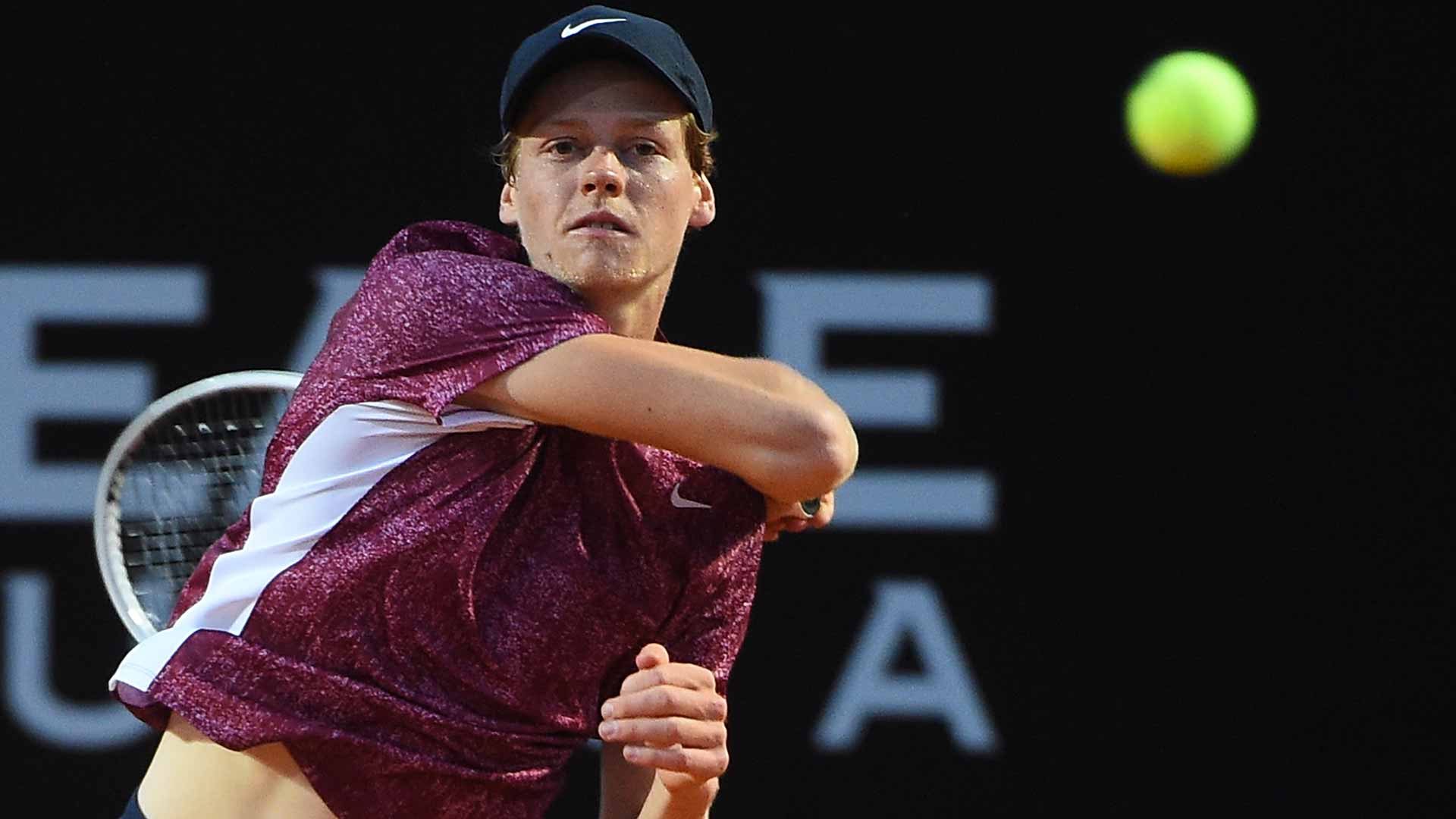 NextGenATP Italian Jannik Sinner is among the key movers in the ATP Race To Milan. © Corinne Dubreuil//ATP Tour

#NextGenATP stars, such as Jannik Sinner, Lorenzo Musetti and Carlos Alcaraz, have produced a number of impressive performances in 2021 as they bid to qualify for the Intesa Sanpaolo Next Gen ATP Finals in Milan from 9-13 November.

NextGenATPFinals.com looks at some of the key movers in the ATP Race To Milan.

Sinner Shines
Sinner, who delighted locals by capturing the 2019 Intesa Sanpaolo Next Gen ATP Finals crown, broke into the Top 20 of the FedEx ATP Rankings for the first time in April on the back of an excellent start to the year.

The 19-year-old leads the ATP Race To Milan on 1,510 points, having captured his second ATP Tour title in February at the Great Ocean Road Open (d. Travaglia) and a run to his first ATP Masters 1000 final in March at the Miami Open presented by Itau (l. to Hurkacz). Sinner is now 24-12 on the season.

Felix Leads Chasing Pack
Felix Auger-Aliassime, hoping to compete in Milan for the first time, leads the chasing pack in second place in the ATP Race To Milan. The 20-year-old Canadian, who is working under the guidance of Rafael Nadal’s uncle, Toni, and Frederic Fontang, has gotten off to a strong start by reaching title matches at the Murray River Open in Melbourne (l. to Evans) and the MercedesCup in Stuttgart (l. to Cilic).

Auger-Aliassime, who is now 20-13 on the season after a NOVENTI OPEN semi-final exit (l. to Humbert), sits in second place on 1,005 points in the battle for one of seven automatic places in Milan, jus 140 points ahead of third-placed Sebastian Korda.

Magical Musetti
Outside of the Top 250 in the FedEx ATP Rankings only nine months ago, the 19-year-old Musetti has proven to be a bright star in 2021 with two ATP Tour semi-final appearances at the Abierto Mexicano Telcel presentado por HSBC in Acapulco — which included a victory over Grigor Dimitrov — and at the Open Parc Auvergne-Rhone-Alpes Lyon (l. to Tsitsipas both times). In reaching the Roland Garros fourth round, on his Grand Slam debut, Musetti also impressed World No. 1 Novak Djokovic, who recovered from two-sets-to-love down against the Italian.

“Musetti definitely has all the qualities in his tennis, in his game on clay particularly, but also [on] other surfaces to be a top player,” said Djokovic. “I wish him all the best. He's a nice guy… We've trained quite a bit [together], and now we played for the first time. I think if he keeps going in this way [that] he's definitely on the right path to becoming a top player one day.”

Korda Rising
Hailing from a family of great sporting pedigree can be tough, but Korda has begun to make his mark through the first six months of 2021. His father, Petr Korda, won the 1998 Australian Open, his mother, Regina, is a former WTA pro, and his two sisters, Jessica and Nelly, are both golf professionals.

The 20-year-old Korda started the year in great form, reaching his first ATP Tour final at the Delray Beach Open by VITACOST.com (l. to Hurkacz) and won the Open Quimper Bretagne Occidentale title on the ATP Challenger Tour. He used this as a stepping stone, advancing to the Miami Open presented by Itau quarter-finals (l. to Rublev) before winning his first-tour title on the clay at the Emilia-Romagna Open (d. Cecchinato).

Watch Out! Two 18-Year-Olds On The Charge
If you needed extra motivation to buy ticket for the 2021 Intesa Sanpaolo Next Gen ATP Finals, then two 18-year-olds are also in contention. Carlos Alcaraz became the youngest man to reach the third round at Roland Garros since 17-year-old Andrei Medvedev in 1992, following on from a semi-final exit at the AnyTech365 Andalucia Open trophy in Marbella (l. to Munar).