Popyrin: From In The Crowd To Under The Spotlight 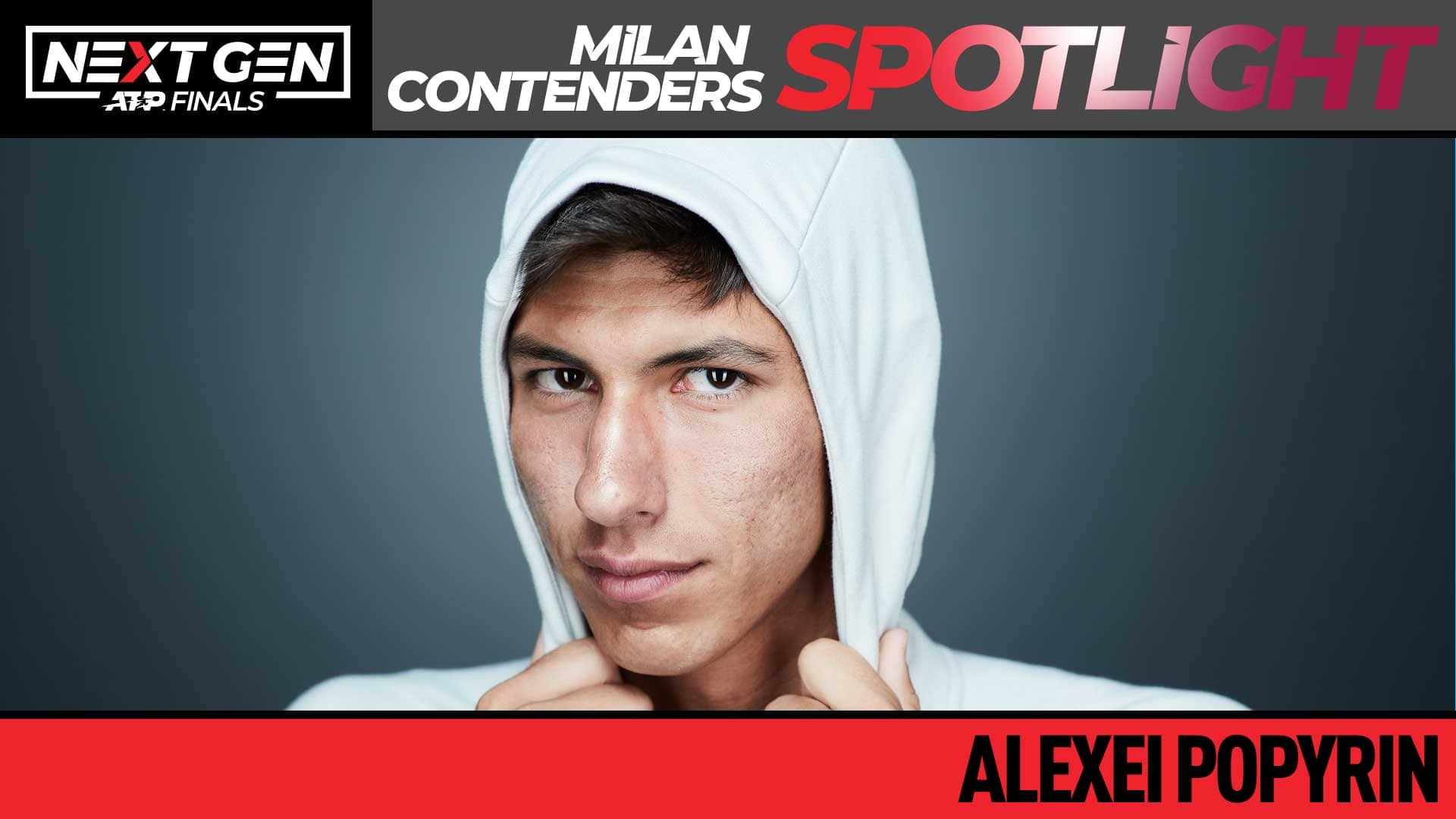 On 20 January 2008, Lleyton Hewitt defeated Marcos Baghdatis in a five-set marathon at the Australian Open that ended at 4:33 a.m. That clash remains the latest finish to a match in history.

In the crowd that early morning inside Rod Laver Arena was eight-year-old Alexei Popyrin. The youngster couldn’t make it to the fifth set, nearly falling asleep before getting taken home by his parents.

Eleven years later, Popyrin was the one on a big stage at the year’s first major. The #NextGenATP Aussie entered the tournament with just one tour-level win to his name.

But after defeating veteran Mischa Zverev and Top 10 staple Dominic Thiem, he had the full force of the Margaret Court Arena crowd behind him as he recovered from a two-set deficit to force a decider against eventual semi-finalist Lucas Pouille. The 19-year-old was unable to complete the comeback, but it became clear that Popyrin is not afraid of competing under the spotlight.

"It was fantastic for him to get the win at the Australian Open in the first round against Mischa Zverev. But it was how he wasn’t completely happy with that: he wanted to keep going," said Hewitt. "Against Dominic Thiem on Melbourne Arena, which is one of the biggest courts at the Australian Open, for him to go out and play like he did was impressive. That’s now the belief that he can have, that he can match up with these guys, so that’s where he’s going to grow as a player."

“It gives me more confidence to say that I can play with these players,” Popyrin said. “It definitely motivates me to keep working. Not that I need much motivation to keep working, but I’ve still got goals that I need to achieve.”

His confidence has been on display all week at the BNP Paribas Open. Popyrin qualified for his first ATP Masters 1000 main draw, and on Friday, he picked up his first win at the level, beating 2018 Next Gen ATP Finals semi-finalist Jaume Munar of Spain in straight sets.

"It definitely means a lot. Growing up watching these tournaments on TV, just to get my first Masters 1000 win is a great achievement for me," Popyrin told ATPTour.com.

Popyrin's rise has been sudden. This time last year, he was World No. 553, and he had played just four matches on the ATP Challenger Tour, losing them all. In August, he won his first title at that level.

Then, in October, he qualified for an ATP Tour event for the first time in Stockholm and claimed his maiden tour-level victory against Matthew Ebden in Basel, before challenging reigning Nitto ATP Finals champion Alexander Zverev in the second round.

Popyrin says that all of those moments last year helped him build more and more confidence so that he was ready for his moment in Melbourne and his breakthrough in Indian Wells. After his Melbourne run, the 19-year-old was being recognised on the street at home.

“Once I went out with a couple friends to dinner, and after dinner I had a few people stop me and take pictures with them on the street,” Popyrin said. “That was all a new experience for me. I liked it.”

“It was a pretty important experience for Alexei to have,” Rohan Williams, Popyrin’s coach, said of his pupil’s Australian Open run. “The match against Pouille on a Saturday night and playing in front of that crowd, the home crowd, is a pretty special feeling. Having a special moment like that is one thing, but he’s got 12, 15 years hopefully in tennis so as a step in his development, this is an important thing, to learn how to play on big stages, if he wants to get where he’s going.”

Popyrin reached a career-best No. 123 in the ATP Rankings last month. His immediate goal is to crack the Top 100. Another target is qualifying for the Next Gen ATP Finals, for which the Top 7 21-and-under players automatically qualify. In 2018, Popyrin finished 17th in the ATP Race To Milan.

“Hopefully this year I can really step it up and hopefully I can compete there,” Popyrin said.

In the first two years of the Next Gen ATP Finals, qualifiers have gone on to enjoy significant success. Six of the Top 30 players in the ATP Rankings have competed in Milan.

“I look at them and I get some inspiration. They went through this period that I’m in now fairly quickly. They jumped to the Top 100, Top 75, Top 50 and now they’re close to breaking into the Top 10, so I definitely look at them and I see their game,” Popyrin said. “They’re great tennis players, and I don’t see my game far off from their game. I think I’ve got the same level. Of course they’ve got a higher [ATP] Ranking, but [I think I have] the capability. I believe in myself.”

The Aussie’s dream is to become World No. 1 and lift multiple Grand Slam trophies. Only time will tell what is in store for the speaker of three languages (English, Russian and Spanish), but his weapons are clear: a big serve and a ferocious forehand. Popyrin says that more than anything, however, people should know that no matter whether those shots paint the lines or sail out, everything he has goes into being ready for the moment.

“I am hard-working. I give my all every time I step on the court,” Popyrin said. “It may not look like on court I give much effort with my shots and game style, but definitely outside the court with my recovery, my warm-ups and everything, I’m 100 per cent professional.”

At the New York Open last month, Popyrin played doubles with Hewitt. The former World No.1 has mentored the teenager since they met in 2017.

“He’s definitely someone who I look up to,” Popyrin said. “He’s one of the greats of the sport, of Aussie tennis also. It’s great to have Lleyton in my corner.”

Eleven years ago, when Hewitt was battling Baghdatis deep into the Melbourne morning, Popyrin was just another kid in the crowd. And now, not only is he rapidly improving on the ATP Tour, but he is being mentored by the legend who he was watching as a boy.

"It’s amazing," Popyrin said. "Just to be on the same court with him and on the same team is a dream come true."