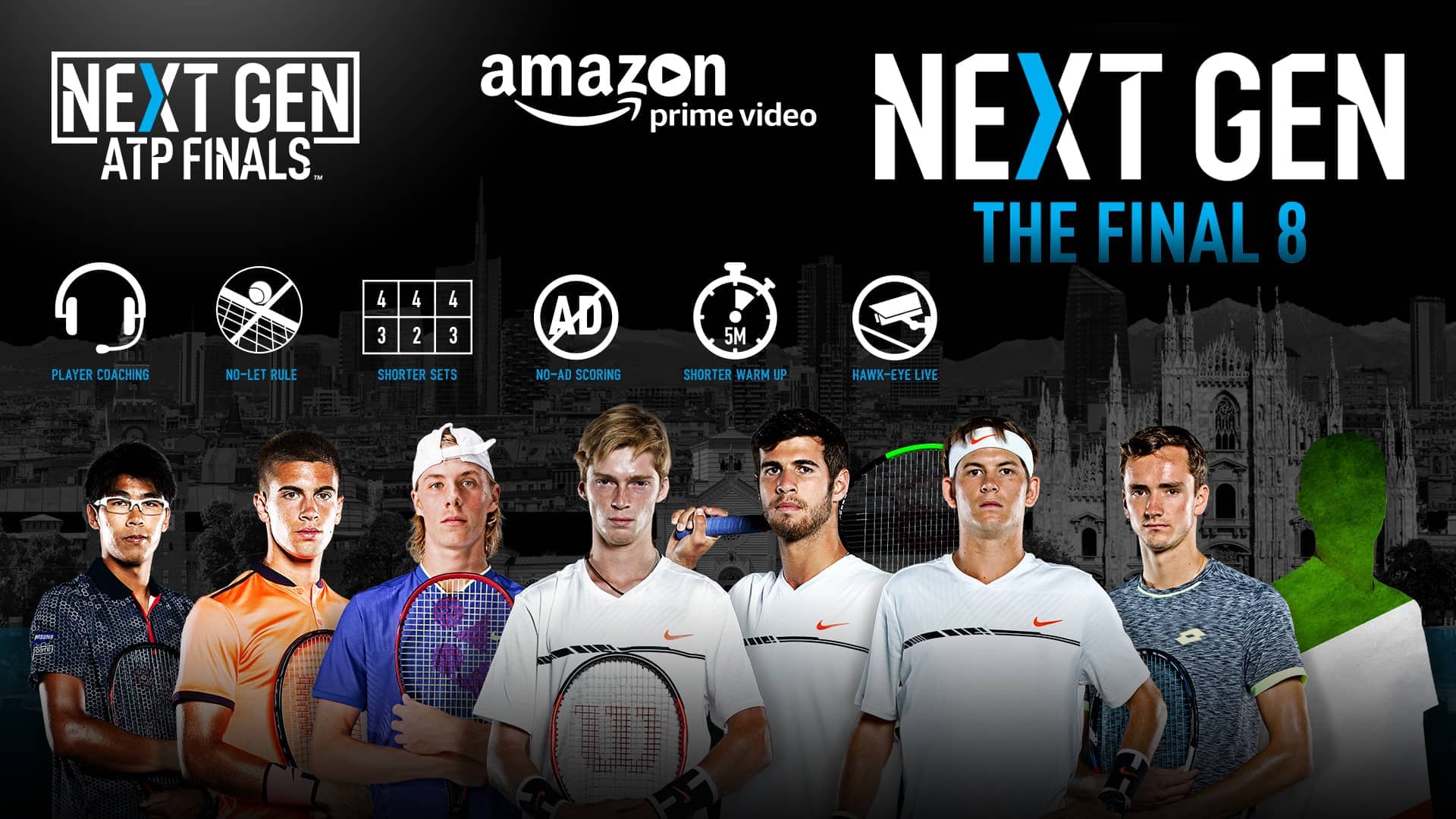 On the eve of the inaugural Next Gen ATP Finals in Milan, the ATP is releasing three documentaries charting the race to qualify for the prestigious 21-and-under event, and profiling the players who will compete under the new rules and innovations at the Fiera Milano.

The first episode – Next Gen: The Story So Far – is available to watch on Amazon Prime Video within the UK and US, with all global access to follow soon.

The start of the new tennis season in 2017 brought with it the challenge for players aged 21 and under to qualify for the Next Gen ATP Finals in Milan. New tournament. New stars. Go behind the scenes as the race takes shape early in the year and get to know the leading contenders in locations from Ethiopia to California as new stars are born on the ATP World Tour. This is the story so far.

The second episode completes the story of the Race To Milan and is available to watch in the UK and US on Amazon Prime Video, with all global access to follow soon, and through broadcasters worldwide.

Next Gen: The Coming Of Age details the Next Gen breakthrough on the ATP World Tour. Over the course of 2017 follow the players as they make remarkable leaps in the Emirates ATP Rankings throughout the season. See their development first hand on a month-to-month basis climaxing on the cusp of the Next Gen ATP Finals in Milan. Using a chronological timeline, revealing back stories, cutting edge graphics and exclusive tournament footage, Next Gen: Coming Of Age will demonstrate what a difference a year makes.

The third episode introduces fans to the stars set to compete in Milan, as well as detailing the new rules and innovations to be trialled at this ground-breaking tournament. It will be available to watch on Amazon Prime Video in the UK and the US and through broadcasters worldwide* when it is released on Monday, 6 November.

Next Gen: The Final 8 will take a detailed look at the upcoming Next Gen ATP Finals. Learn about the innovative event and the rule changes that come with it and the setting in Milan. Meet the seven players who qualify directly and learn about the eight-player wildcard tournament for the eighth and final spot in the event. By incorporating interviews from many of tennis’ former and current stars, the excitement builds for the inaugural event.