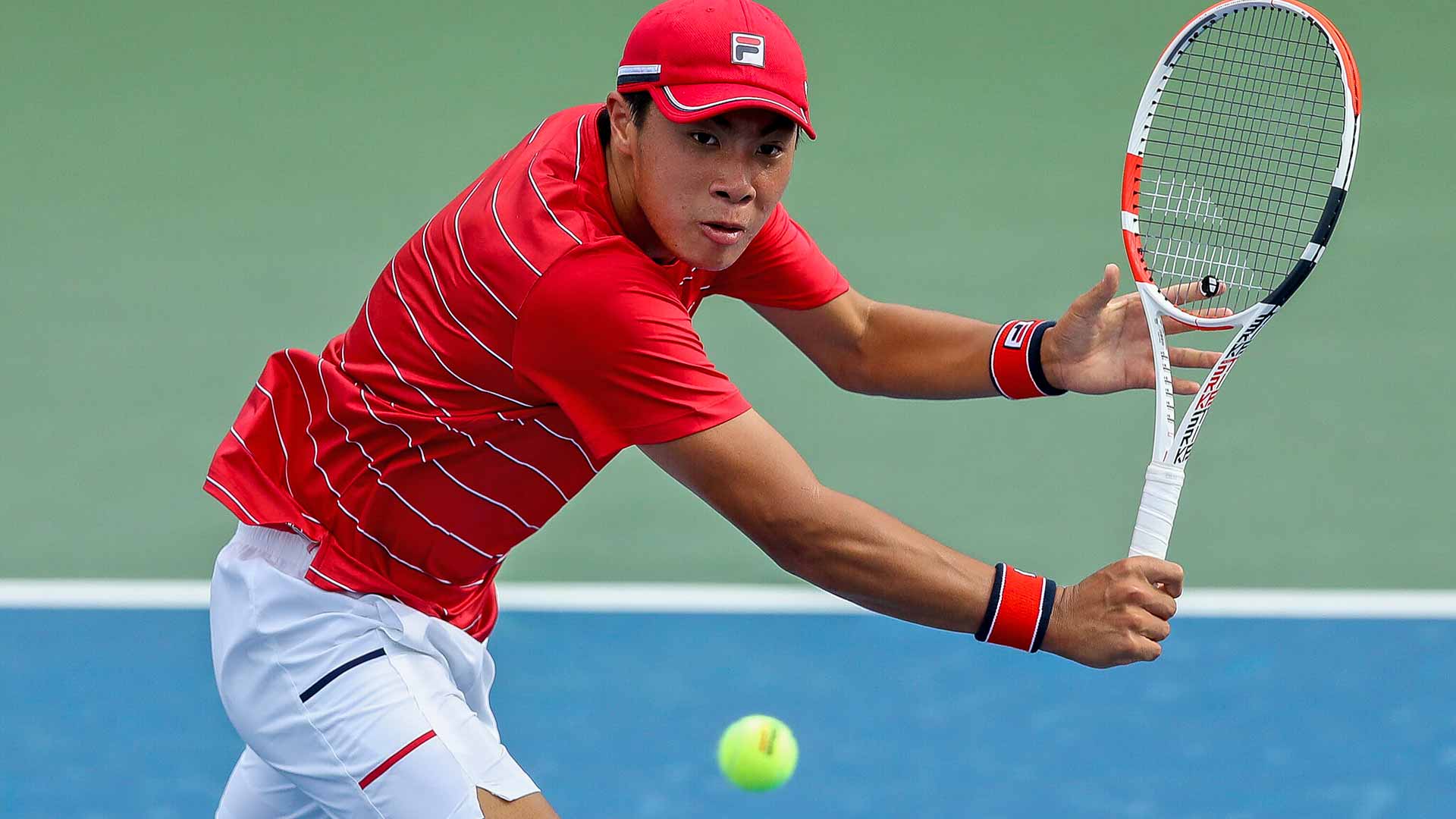 Brandon Nakashima won his first Grand Slam match on Monday at the US Open, defeating 38-year-old Paolo Lorenzi. The #NextGenATP American is only 19, but he is certainly dreaming big.

“I’ve always wanted to be No. 1 in the world and win a Grand Slam,” Nakashima said. “It’s just a matter of developing my game during this time and just trying to get more experiences like this under my belt and we’ll see how it goes from here.”

The No. 223 player in the FedEx ATP Rankings has been up close and personal with greatness. One of Nakashima’s coaches is 1987 Wimbledon champion Pat Cash. His other coach is Serbian Dusan Vemic, a longtime friend of World No. 1 Novak Djokovic. Nakashima warmed up Djokovic last week throughout his run to the Western & Southern Open title.

“He’s a good guy. He’s definitely funny at times, especially on the court when he’s not hitting. He’s always laughing, having a good time,” Nakashima said. “But when it comes to practising and hitting on the court, he’s definitely locked in, all down to business, so it’s great to see that.”

The teen says that after hitting with Djokovic for a couple of days he got comfortable enough to start asking questions. But his biggest takeaway from the sessions was simply rallying with the Serbian.

“I think it was just a matter of seeing how he hits the ball so effortlessly, how he gets such easy power,” Nakashima said. “[He’s] really smooth with all his strokes.”

The American’s Grand Slam debut came just one year after he competed in the boys’ singles event at Flushing Meadows, making the semi-finals.

“It definitely was a great feeling to get that win out there, even though it was on one of the outside courts with no fans there watching,” Nakashima said. “Nevertheless, it definitely was special. Getting that first win here was just great for my game.”

The straight-sets victory came against an opponent who entered the FedEx ATP Rankings more than two years before Nakashima was born. The Italian reached the fourth round of the 2017 US Open.

“I think he was serving really good. The return is pretty impressive. The backhand, too,” Lorenzi said. “I think he has a strong game and I think he can play really good in the future.”

Just more than six months ago, Nakashima made his ATP Tour debut at the Delray Beach Open by VITACOST.com. He wasted no time acclimating to the level, advancing to the quarter-finals with two Top 100 wins. Now he’ll face an even bigger test in the second round of the US Open, as the #NextGenATP star will play 2018 Nitto ATP Finals champion Alexander Zverev.

“I always thought that I had the right game to compete with all these top guys. It was just a matter of having the opportunities like in Delray Beach at the beginning of this year and eventually getting the wild card here,” Nakashima said. “I knew it was going to be tough no matter who I played here, but I always knew I had a good game to compete with these guys.”