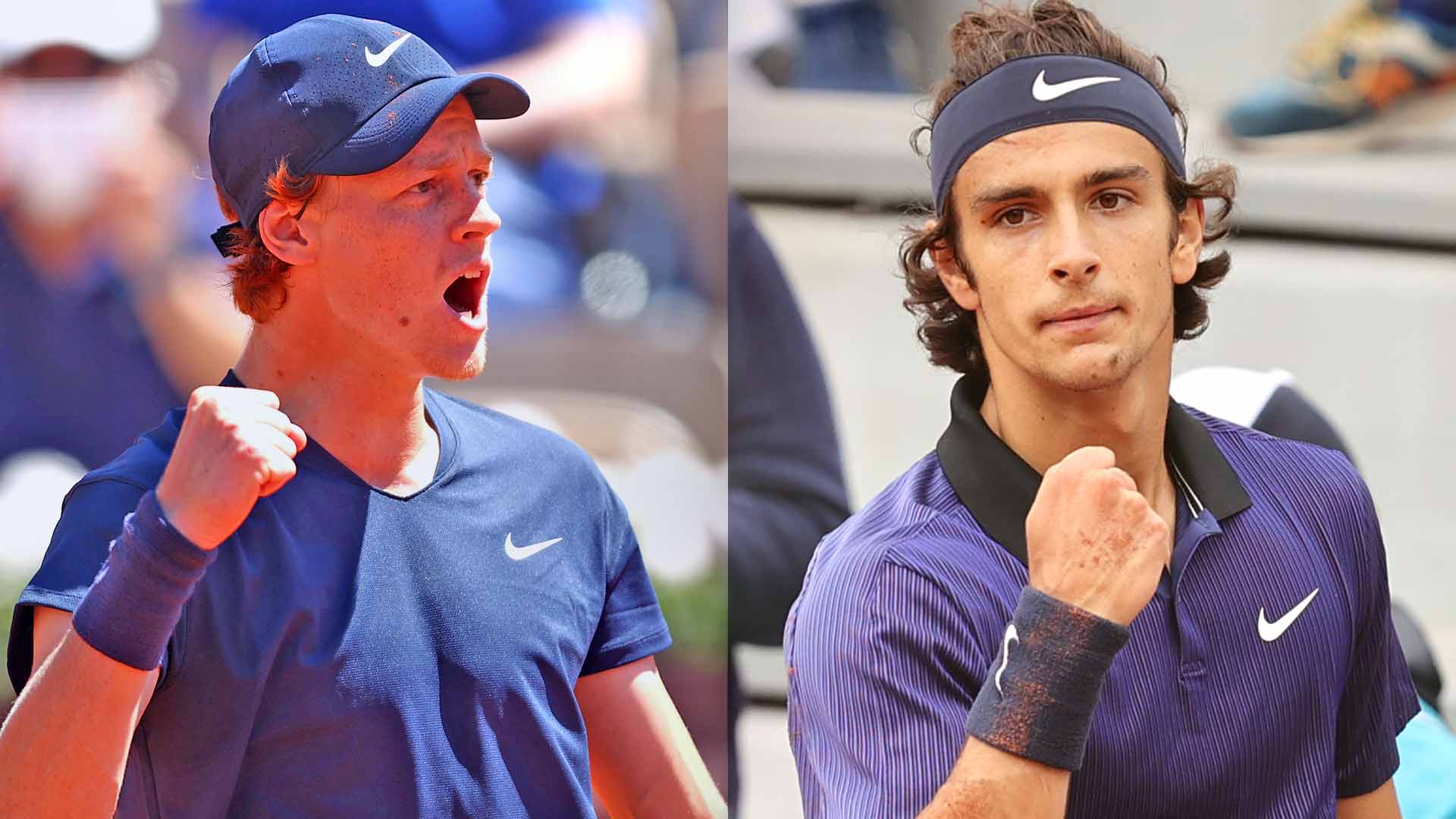 Jannik Sinner and Lorenzo Musetti are both into the fourth round at Roland Garros. © Getty Images

Jannik Sinner and Lorenzo Musetti are two of the brightest #NextGenATP talents in not just their native Italy, but the world. And as they both continue their meteoric rise, you will notice that they are almost nothing alike.

Both teens enjoyed runs to the fourth round at Roland Garros this year, showcasing their talent and determination on the way, with the pair recording five-set victories in Paris. On Monday, the Italians faced their biggest tests yet and once again impressed.

While Musetti was eventually beaten by top seed Novak Djokovic, the 19-year-old led by two sets as he effectively slow-balled to Djokovic’s forehand before succumbing physically. Meanwhile, Sinner battled hard but came up short against 13-time champion Rafael Nadal in a re-match from last year’s quarter-finals. According to former World No. 1 Carlos Moya, Nadal’s coach, fans will see that the Italians have different games and demeanours.

“[Musetti is] very different to Sinner, nothing like him. He’s more of an artist, the other a machine, with a very fast rhythm. Sinner is very cold, very calculated, in a good way. That’s the impression I get,” Moya told ATPTour.com. “Musetti is more temperamental, more inventive. They’re very different players, but I’m sure they’ll play in Grand Slam finals in the future.”

Their talent is clear. Sinner won the Intesa Sanpaolo Next Gen ATP Finals in 2019 and has quickly proceeded to crack the Top 20 in the FedEx ATP Rankings. Musetti first broke onto the scene at last year’s Internazionali BNL d’Italia, where he beat former Top 5 stars Stan Wawrinka and Kei Nishikori to reach the third round as a qualifier ranked World No. 249. He has since reached three ATP Tour semi-finals and climbed to a career-high World No. 76.

But when you watch them play, Sinner is an icy machine, and Musetti is a fiery artist. Sinner is more likely to relentlessly blast through opponents without showing much emotion, while Musetti mixes up spins and speeds to outmanoeuvre opponents before unleashing a massive fist pump or even falling to the court after a big win.

Umberto Rianna, who oversees 18-and-over tennis for the Italian Tennis Federation, believes their personality differences on the court don’t necessarily make one of the teens better than the other in any way. It just is who they are.

“For sure Jannik is way more mature than any kid his age, and not only in Italy. The reaction Musetti had when he was in the semi-final of Acapulco was the most common,” Rianna said. “Jannik, the way he acts, the way he behaves and the way he walks on the court with confidence, I would say it’s more confidence. He knows that he’s growing, he knows what he’s capable of and how skilled he is. That makes him react like it’s almost a normal process what he’s going through.

Nearly every week, other players are asked about the ascent of these young Italians. Sinner and Musetti are certainly aware of that.

“Many, many people [are] speaking [about] who is better [between] me and Lorenzo. I think it's great to see, especially for Italian fans,” Sinner said. “We have two different styles of players, two different personalities on court and off court.”

Sinner admitted that Musetti is not just “very, very talented”, but “maybe more [talented] than me”. The 19-year-old pointed to his 18-year-old countryman’s physical strength and how “he can do whatever he wants with the ball”.

“First of all, we come from [different] parts of Italy. I have people around me who are doing one thing, he has people around him who are maybe thinking other things. I think the important thing is that everyone is different,” Sinner said. “He is different than me, I would say, but obviously in a very positive way. What he's showing on court, [there is] nothing wrong with that.”

Musetti has been soaring this season, seizing on all the momentum he earned at the end of 2020. However, while he has never looked uncomfortable on big stages, this is his first Grand Slam main draw. Last Roland Garros, Sinner made the quarter-finals.

“Me and Jannik, I think we are the future of Italian tennis, and of tennis in general. Of course he's a bit [ahead of] me. I don't know, I'm just living what he was living last year, so we are growing up together,” Musetti said. “We are playing every week now together. I finally entered into the Tour. That was my goal.

“But I have to focus on myself. Of course I see and I'm happy [that] Jannik is doing well. But of course, I have to see myself. I have to improve myself.”

The #NextGenATP sensations have proven they will be stars for years to come and will move to the grass-court season fuelled with further confidence, eager to make their biggest splash yet.

“We are too spoiled right now,” Rianna said. “We can’t expect that everybody else will be the same. It would be silly to think that it will happen like this all the time.”