The Mindset That Launched The Lorenzo Musetti Rocketship 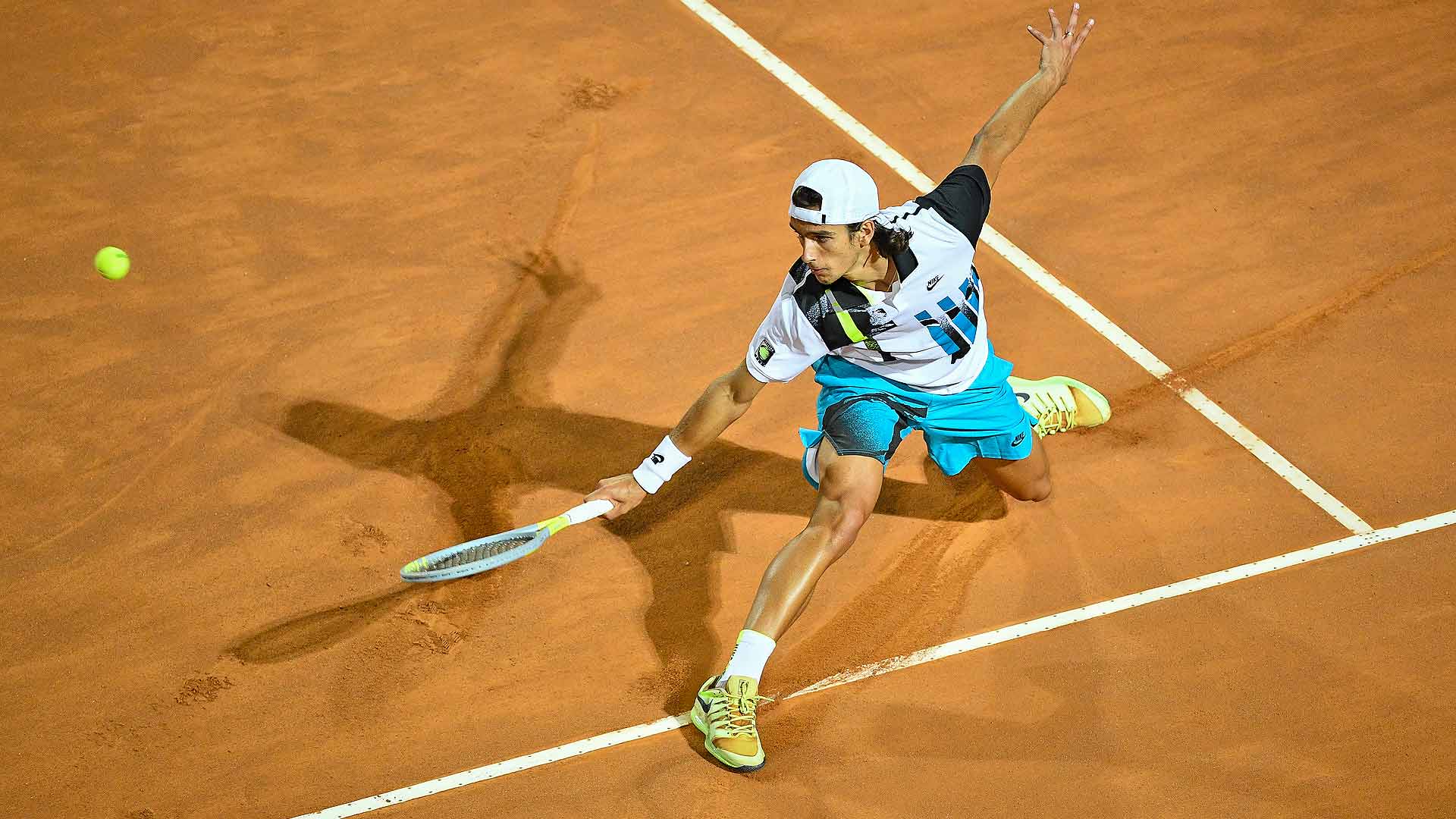 Lorenzo Musetti made his first big breakthrough in Rome, where he beat Stan Wawrinka and Kei Nishikori. © Peter Staples/ATP Tour

Jannik Sinner received a lot of attention during Roland Garros as he reached the quarter-finals on his tournament debut, becoming the first player to do that since Rafael Nadal in 2005. But Sinner, 19, is not the only young Italian making waves on the ATP Tour.

In the past month, 18-year-old Italian Lorenzo Musetti has become one of the hottest #NextGenATP players in the world. When tennis restarted in August, the Carrara-native had never won a tour-level match. But he defeated Stan Wawrinka and Kei Nishikori at the Internazionali BNL d’Italia as a qualifier and then won his first ATP Challenger Tour title in Forli.

Musetti began that stretch with zero Top 100 wins. After upsetting eighth seed Pablo Cuevas on Monday in the first round of the Forte Village Sardegna Open, an ATP 250, he has seven.

When you watch Musetti’s shotmaking — he has an aggressive forehand and an elegant one-handed backhand — you’d have no clue he was only 18. Four weeks ago, the Italian was No. 249 in the FedEx ATP Rankings. Now he is World No. 143 and quickly rising.

Many young players have found a high enough level to cause one or two upsets at an event before dropping their form. Musetti, however, has been consistent since arriving in Rome. Perhaps the reason why is his approach.

“I’m playing really good tennis, my best tennis and I’m confident. I think I have the weapons to do a great tournament and to compete at this level,” Musetti said. “The ball is a tennis ball and the other guy is a human being, so everything can happen on the court. I’m just playing and trying to do my best.”

Four of Musetti’s wins in the past month have come against opponents who have reached the world’s Top 20. The teen hasn’t worried about the player across the net, and that has made all the difference.

Musetti will try to reach his first ATP Tour quarter-final in the next round when he plays countryman Andrea Pellegrino, a qualifier. The 18-year-old lost twice against Pellegrino last year in non-tour-level events. This will be an opportunity to show just how quickly he has grown.