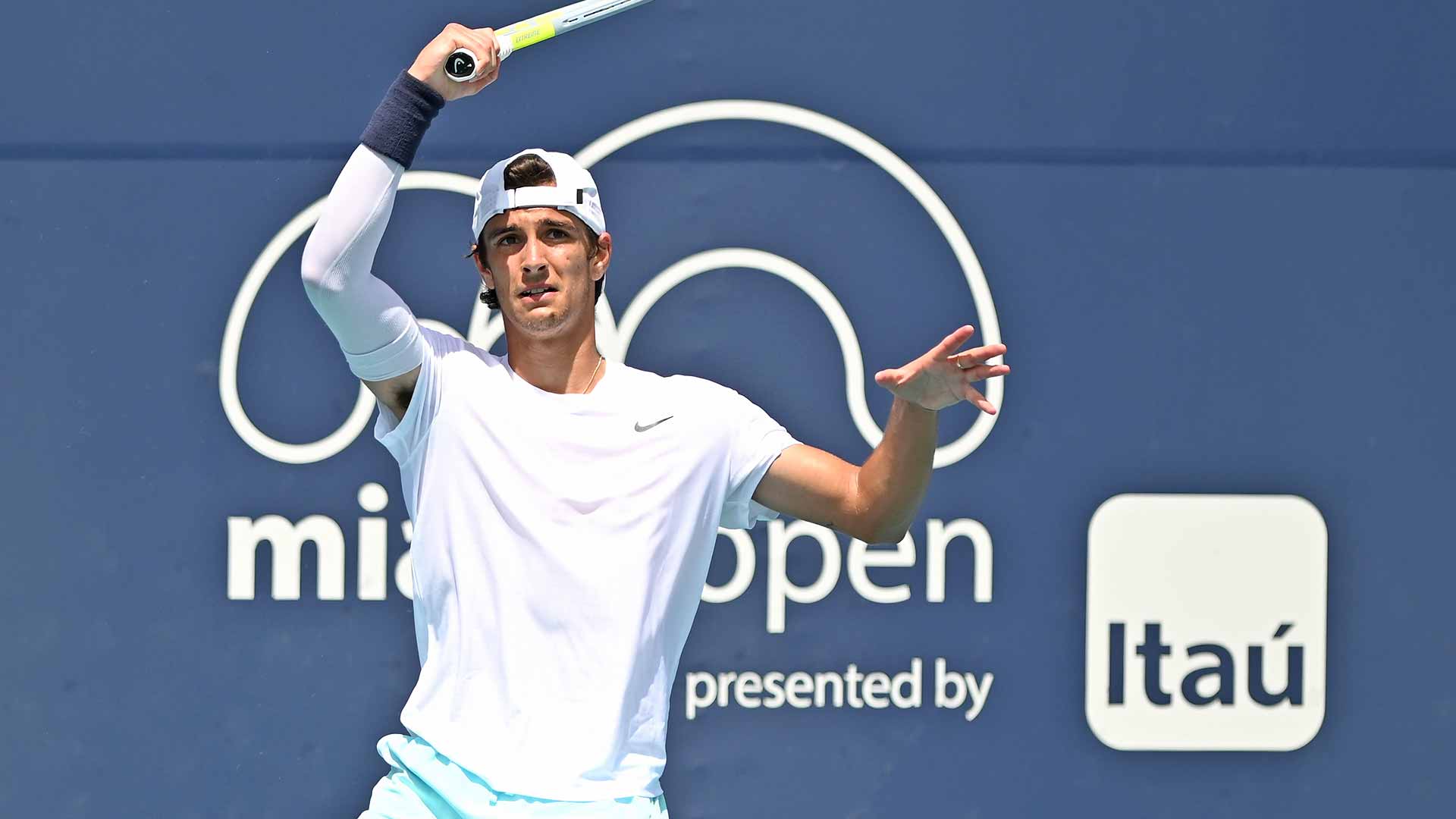 Lorenzo Musetti beats Benoit Paire to reach the third round in Miami on his tournament debut. © Mike Lawrence/ATP Tour

Lorenzo Musetti is competing at the Miami Open presented by Itau for the first time, and this is his first appearance in a hard-court ATP Masters 1000 event. But the 19-year-old looked like an experienced veteran in dismissing 23rd seed Benoit Paire 6-3, 6-3 on Saturday to reach the third round in Florida.

"I had to focus on myself, and not Benoit. I think I did a great match," Musetti said. "I managed the tough points really good. I'm really happy."

Musetti stayed composed throughout his victory, setting a showdown against former World No. 3 Marin Cilic. Including all of his qualifying and main draw matches last week in Acapulco, the teen has now won eight of his past nine matches.

It would have been understandable if Musetti struggled to find his footing in Miami following his dream week at the Abierto Mexicano Telcel presentado por HSBC, where he reached his maiden ATP 500 semi-final. But the Italian has looked sharp in triumphs against Michael Mmoh and Paire.

"I was really focussed from the first point, because I knew it was a tough match from the beginning. Benoit is a fantastic player," Musetti said. "He's a really nice guy. Even last week in Acapulco, he said to me a lot of congratulations and a lot of nice words. Even today when he lost, he was really nice to me."

The World No. 94, who is the youngest player in the Top 100 of the FedEx ATP Rankings, never got too high or low against the streaky Frenchman. Musetti played a solid match and forced Paire to maintain a high level throughout the match, which the three-time ATP Tour titlist was unable to do in the 61-minute encounter.

Musetti continues to show that his one-handed backhand is one of the biggest strengths in his game, hitting a few crafty passing shots against his net-rushing seeded opponent.

The Croatian, who blasted a backhand winner to seal his victory, hit 15 aces and saved 11 of the 15 break points he faced. Cilic now leads his ATP Head2Head series with Garin 2-0.

Did You Know?
Musetti is now 4-1 in main draw matches at Masters 1000 events. The Italian reached the third round at last year's Internazionali BNL d'Italia as a qualifier, beating Stan Wawrinka and Kei Nishikori.