Musetti: 'You Cannot Have Second Chances' 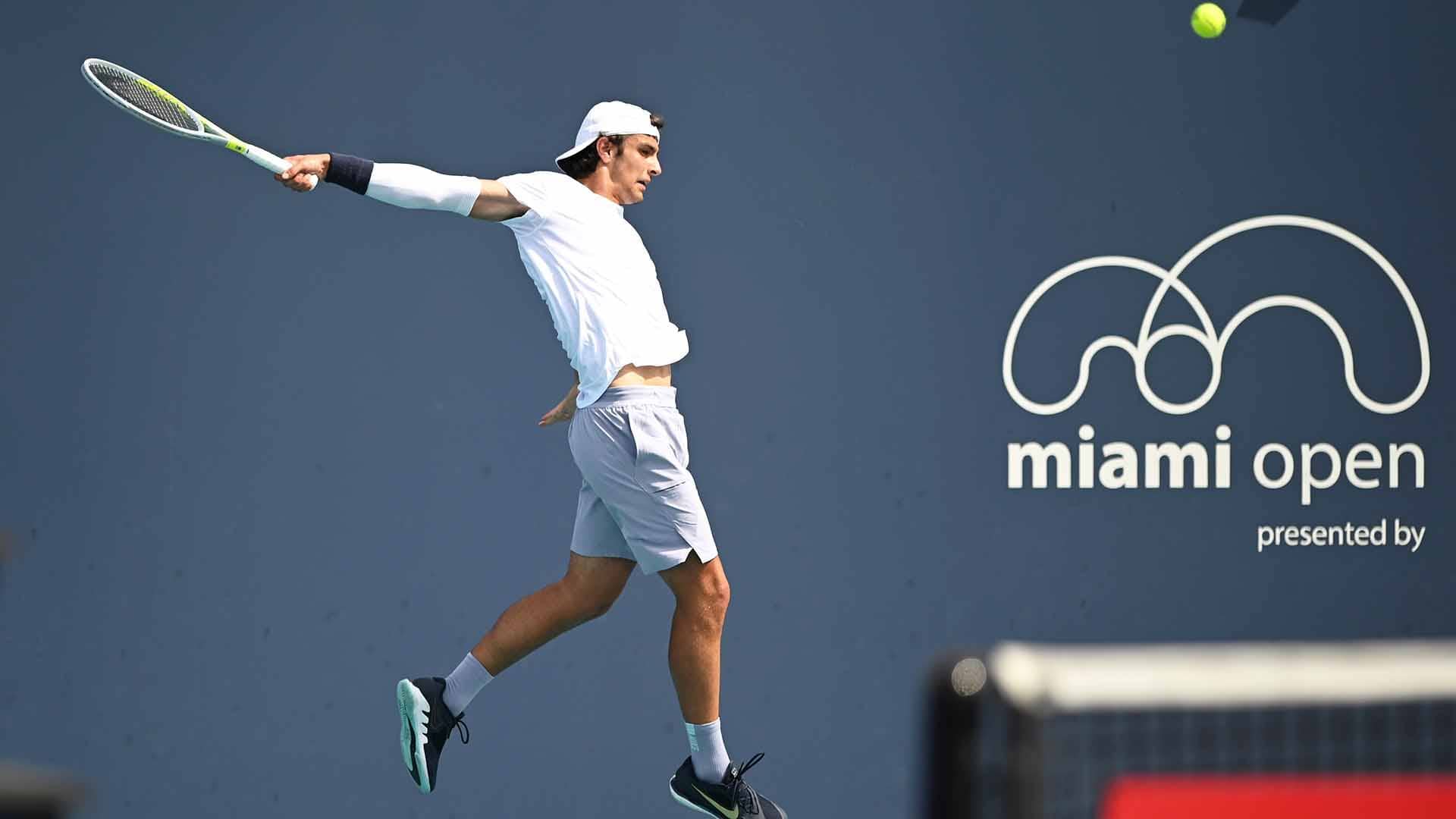 Lorenzo Musetti fell short against former World No. 3 Marin Cilic on Monday in the third round of the Miami Open presented by Itau, but the #NextGenATP Italian leaves Florida with his head held high.

One week after his dream run in Acapulco, where he reached his first ATP 500 semi-final and claimed his maiden Top 10 win against Diego Schwartzman, Musetti maintained his momentum in Miami. The Italian defeated Michael Mmoh and Benoit Paire to advance to the third round of his first hard-court ATP Masters 1000 event.

Although the teen is thrilled with his success, Musetti is also taking plenty of lessons from his experience competing against some of the best players in the world. At 2-2 in the first set against Cilic, the World No. 94 earned two break points to get off to a quick start against the Croatian, but he did not convert. He would not get another opportunity in the match.

“I think here on the ATP Tour against players like Marin, you cannot have second chances. You have to take the first one,” Musetti said. “They are really professional and even in the tough moments, they are the best ones and you have to be as good as they are to be at that level.

“It’s not easy for me, because it’s the first time that I am playing at this level. But I am getting used to it and I learned a lot these two weeks. Now I [will] go home and I try to put on court in practice what I have learned.”

Musetti explained how hard he worked in the preseason to gain muscle and strength while remaining flexible, but he saw against Cilic that there was still room for growth in that department

“I have to be strong to be at this level, because today it was almost two metres [I was pushed back] and he is bigger than me, stronger than me, he moves really well,” Musetti said. “I need to grow, I need to work out to get to this level also physically.”

The FedEx ATP Race To Milan contender plans to next compete at the Sardegna Open in Cagliari, Italy. The 19-year-old is excited to get to work before beginning his clay-court season. Enjoying his recent success has made him even hungrier to improve.

“I will try to play closer to the baseline and try to work on the same things that I am working with the forehand, try to have the lead of the game when I play and try to be aggressive and to not wait too much to push forward,” Musetti said. “I will for sure practise [and will] train physically, because these three weeks I played a lot and I will try to recover my best and try to adapt to the physical conditions on the clay, because the movements and the slides are different.”