Rapper's Delight: Moutet Shows Off Creative Side On Instagram 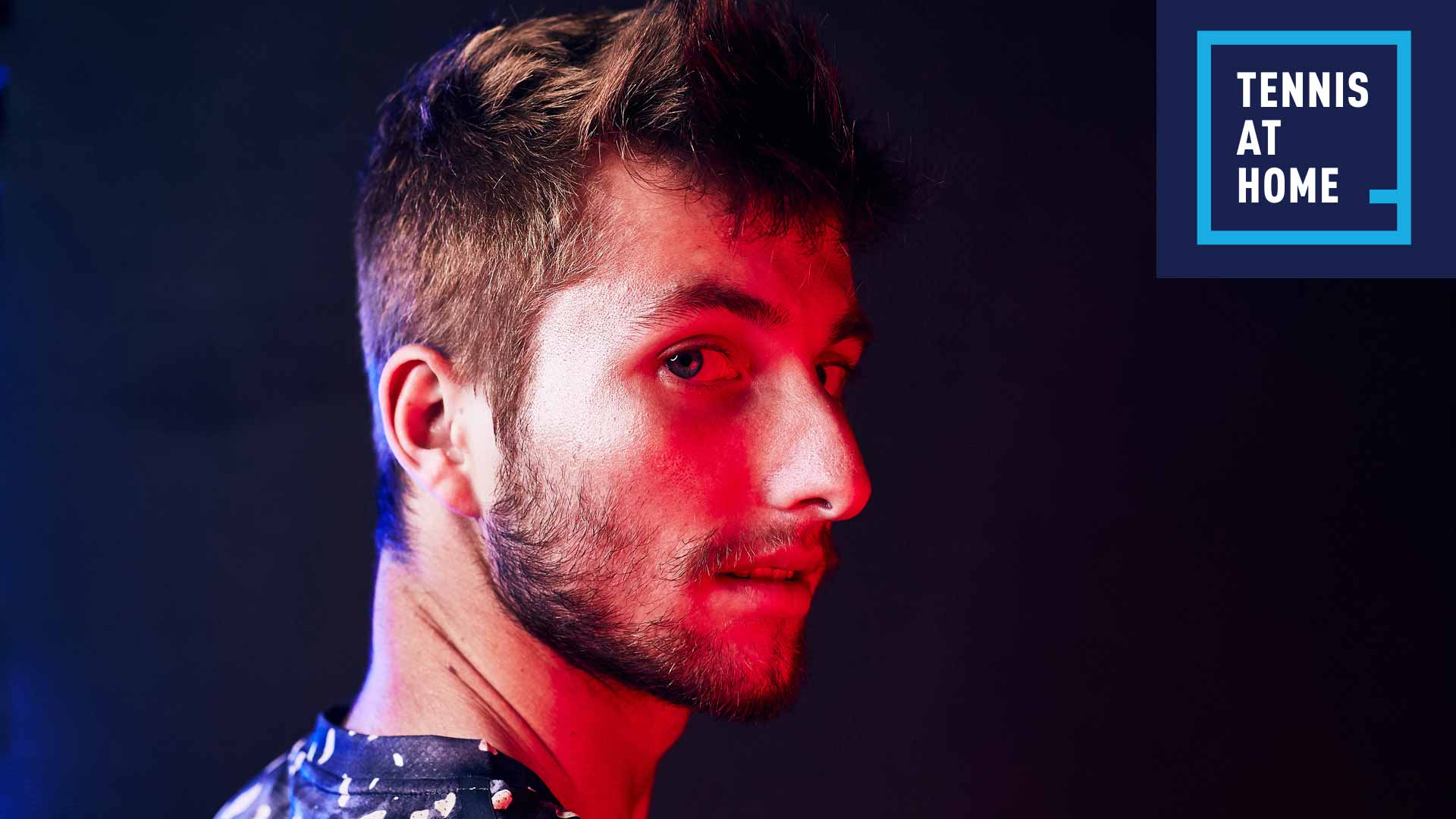 While players have turned to social media over the past month to share funny photos and volley challenges, Corentin Moutet stunned his peers and fans by showcasing a hidden talent for rapping through original tracks on Instagram.

The #NextGenATP Frenchman had already established himself as one of the most talented musicians on Tour as a piano player. Two years ago, Moutet was inspired to take up rapping and began to write lyrics every day. Not only has it been a fun way for him to spend his down time at ATP Tour events, but it’s become a valuable mental outlet as he remains at home in France.

“I take music as therapy because it’s nice to write and get rid of everything you’re feeling inside, both good and bad. I like the connection with people on social media through music as well,” Moutet told ATPTour.com. “Even if you don’t speak the same language, you can speak to a lot of people through music.

“The days can be long on site at tournaments, so I wanted to do something else. I’m usually writing, singing or rapping most of the time now. I try to write every day about my feelings or anything else that comes to mind.”

Moutet challenged himself to write a song every day during the first week of lockdown, but wasn’t as pleased with the results because it didn’t allow him enough time to work on mixing the tracks. He’s now working at a less hectic pace and satisfied with the results, particularly with ‘Frère’, a song about his brother.

But writing songs is one thing. Sharing them with the world is another. Moutet had been sitting on a wealth of original rap music after two years of work, but admitted that he was hesitant to release it.

“It was a mix of emotions. The first song I put on Instagram [Écorché vif] is one of the more personal songs I have about myself, so it was tough to put on social media,” Moutet said. “But on the other side, I wanted to share how I feel and show that your social status or where you come from doesn’t matter. We all feel the same way.”

Perhaps the most pleasant surprise for Moutet was how fellow players reacted to his music. Although he hadn’t been hiding his musical talent, it hadn’t come up in conversation during tournaments. The 21-year-old also wasn’t sure if the French Tennis Federation or older colleagues would understand what he hoped to accomplish.

“The tough thing about the tennis world is that I’m friends with some players, but it’s normally all about tennis, even with the media or my coach,” Moutet said. “I didn’t know how everyone around tennis would take it because music is something different. I wasn’t sure if they would smile or criticise or tell me to stick to tennis. I’m really happy though because I received a lot of nice messages from around the world, including from players and some coaches.”

The overwhelmingly positive response to Moutet’s songs inspired him to create a separate Instagram account and YouTube channel devoted to his music. As he continues to release older songs and work on new ones, he’s confident that his best is still to come.

“My best songs are other ones that I did in the studio and have on my phone, but haven’t put them on Instagram yet,” Moutet said, smiling. “I’ll keep sharing my music even when the Tour resumes. I’m not sure if I’ll keep doing it on my tennis account or a different one, but it’s something I’ll continue with and I hope to do good things there as well.”