How Training With Djokovic & Federer Gave Kecmanovic A Key 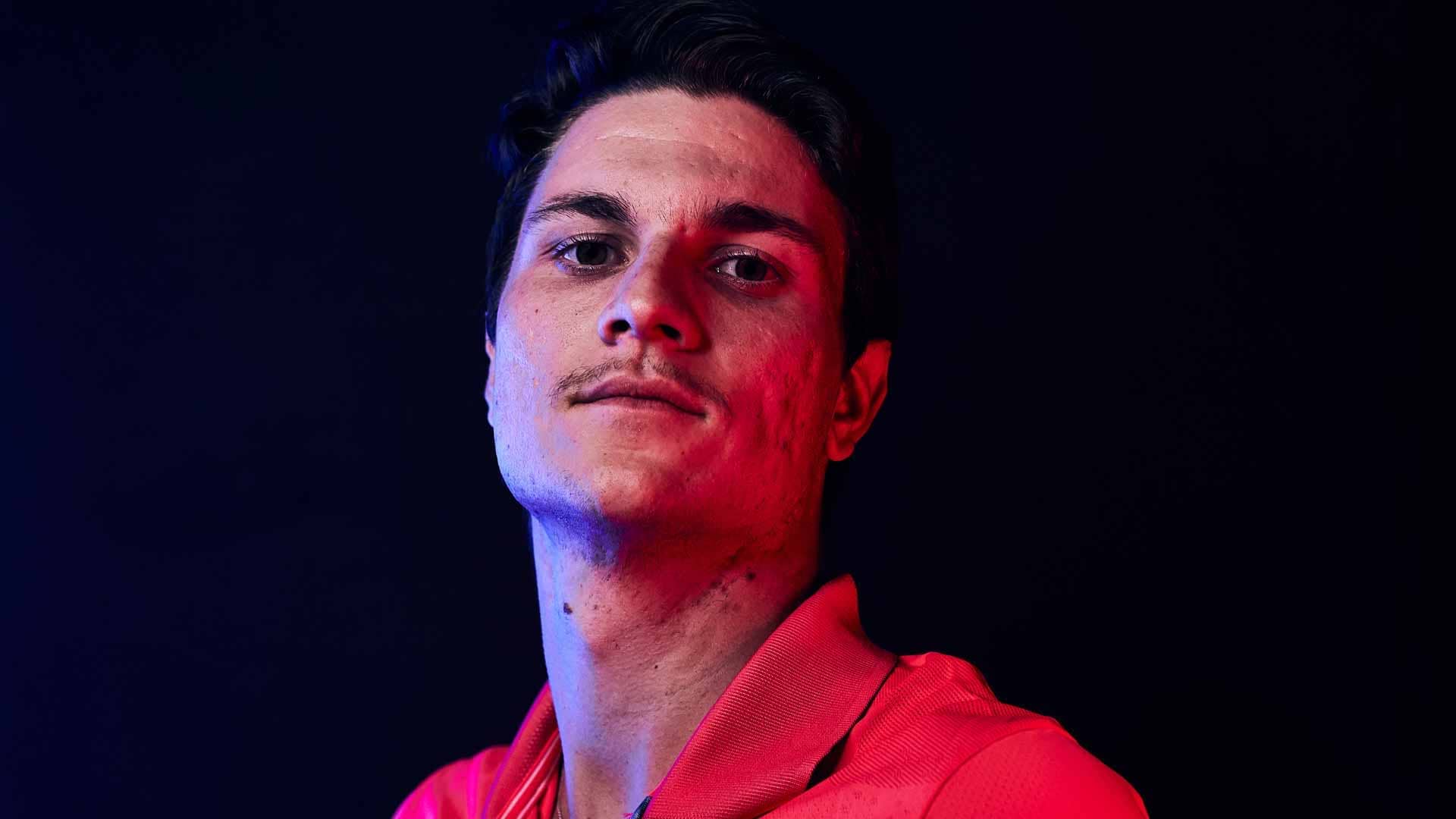 Miomir Kecmanovic is currently at a career-high No. 47 in the FedEx ATP Rankings. © ATP Tour

One year ago, Miomir Kecmanovic entered the BNP Paribas Open as the No. 130 player in the FedEx ATP Rankings and he owned only one tour-level win. He lost in the final round of qualifying, but after getting into the draw as a lucky loser, then 19, Kecmanovic advanced to his first ATP Masters 1000 quarter-final, and he hasn't looked back since.

Fifty-two weeks on, Kecmanovic is at a career-high World No. 47, and the Serbian is working hard to climb even higher.

“The goal for this year would be Top 30. If I can finish the year there that would be awesome for me and I’ll take it step by step,” Kecmanovic said. “I don't want to set crazy goals and then be disappointed at the end of the year. I think it's better to go step by step and then if you achieve it, that's perfect.”

The 2019 Next Gen ATP Finals qualifier’s eyes and ears are open. In the off-season prior to 2019, he enjoyed learning from training with Dominic Thiem in Tenerife. This past off-season, he spent time with the likes of Novak Djokovic and Roger Federer in Dubai. One thing stuck out to him: how the best players take the ball early and use that to pressure their opponents.

“It’s definitely footwork. I think that's the biggest thing in tennis. Everybody knows how to hit it in, make shots. But if you're not set, you’re not going to make it. I think footwork is the big thing, and also mentally, to see the ball quicker and just go for it,” Kecmanovic said. “You’re not waiting for it to come in. I guess [it is about] just being aggressive towards it.”

Kecmanovic’s coach, Miro Hrvatin, says the pair is making improving that aspect of the Serbian’s tennis a top priority.

“I think that’s the crucial thing because everybody knows how to play forehands and backhands, but once you take time away from them, things start to be different,” Hrvatin said. “We are lucky this pre-season and last pre-season we had really good pre-season camps and good players, some of the best players in the world were there. Practising with them, they are showing you the path where you want to go, what you have to do, and what you have to work on.”

There is not one specific thing that will help Kecmanovic improve in this area, according to Hrvatin. He believes it is a puzzle that, if pieced together just right, could lead to major gains.

“I think it’s a combination, plus I think it’s the player who needs to be mentally aggressive. It’s something that I think is not only one thing. Footwork is very important, but then the timing is different if you are coming closer to the ball. All together, I think it takes time to fit into place,” Hrvatin said. “But that’s the thing that they’re all doing. You don’t have time while playing with the best players in the world. If you give them a short ball, you are dead. You lost the point, that’s it. Very simple.”

Last season was a year of firsts for Kecmanovic, including his first ATP Tour win to first tour-level final (in Antalya). Following that by training with some of the best players in the world to gain these insights was priceless.

“I think that’s the biggest thing you can get. Last year in Tenerife with Gunter Bresnik and with Dominic Thiem and all the guys over there like David Goffin and Jan-Lennard Struff, it was perfect. And this year was even more perfect,” Hrvatin said. “You had Roger Federer, Novak Djokovic and Karen Khachanov, so it’s something that you cannot buy. You cannot find it anywhere else except playing with those guys. So for me and for him I think it’s one of the best things he can get.”

Kecmanovic earned a lot of confidence in 2019. Carrying that into training with all-time greats allowed him a chance to truly see how much he had improved.

“I guess you get a different feeling when you start playing with those guys. You start to see what's their level and what do you have to do to get there,” Kecmanovic said. “I definitely felt a little bit better. After the year I had, I felt like I can play with these guys. Definitely showed me what I have to do to get to that level eventually.”

Kecmanovic has long been a hard worker, but one year on from his breakthrough at Indian Wells, he thinks he has taken strides, and not just physically.

“I guess maybe mentally, believing more because in Indian Wells everything was new for me. I was the new guy, I didn't know anything. I’d never played on that big of a stage and now everything that happens, I think it's just a different mindset,” Kecmanovic said. “Going into matches you believe more, you think that you can win, and you try to beat everybody. You always try to beat everybody, but now you kind of believe and you have that mindset, you know that you're going in as maybe sometimes the favourite.

“I think for the most part of the year, I keep a straight line and it's going and it's working really well for me and I was able to play at the same level throughout the whole year, without any injuries. So hopefully I can keep it up.”