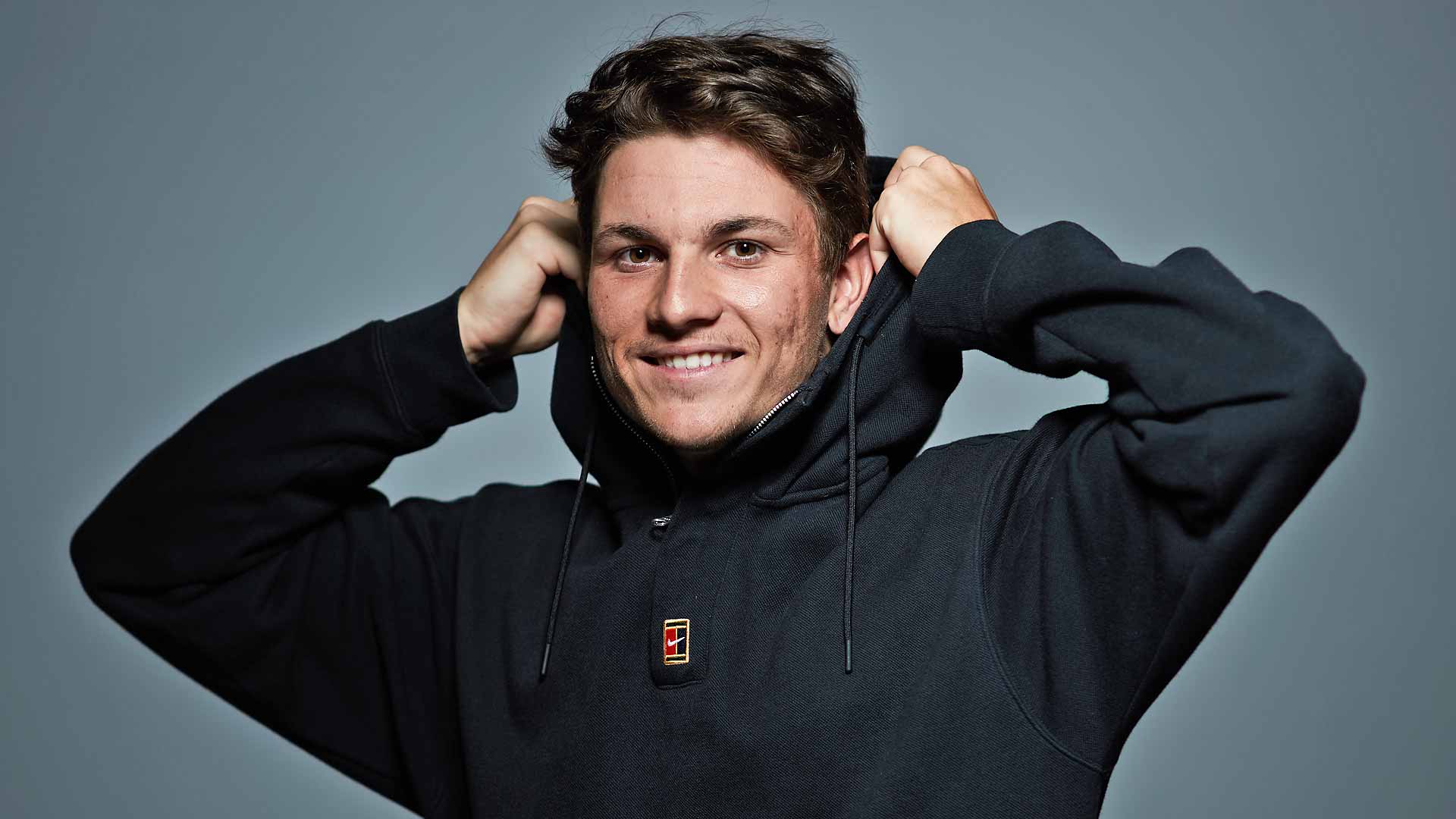 #NextGenATP Serbian Miomir Kecmanovic next aims to crack the Top 50 of the ATP Rankings. © ATP Tour

Miomir Kecmanovic was born in Belgrade, Serbia, and he currently resides in Bradenton, Florida. But the #NextGenATP star says that his breakthrough in 2019 could be traced to a different location: Tenerife, one of Spain’s Canary Islands.

Last offseason, Kecmanovic, who qualified for this week's Western & Southern Open in Cincinnati, joined current World No. 4 Dominic Thiem for a three-week training block on the island, working hard alongside Thiem, German Jan-Lennard Struff and others. Kecmanovic was No. 132 in the ATP Rankings at the time, and it was not easy for him to keep up early on.

“It was tough at the beginning. I was struggling,” Kecmanovic told ATPTour.com. “We had three weeks as we moved, hit, hit and hit more. Towards the end I was adjusted and it felt pretty good.”

It wasn’t the first time Kecmanovic, a former junior World No. 1, had practised with a superstar. The Serbian moved to the United States at 13 to train at the IMG Academy in Florida, where he’d get to practise with players such as Kei Nishikori and Max Mirnyi. In his travels, Kecmanovic even got to hit with the likes of Roger Federer.

But this training block with Thiem and company was different. It changed his mindset. Kecmanovic would qualify for his first Grand Slam main draw at the Australian Open, and he has not looked back since.

“I really got to see how the top guys play and see their level. After qualifying for Australia I think I just started to believe more that I could do it, that I belonged there,” Kecmanovic said. “It started to go my way.

“[My belief] was definitely something that I was thinking about, but it’s different when it actually happens and [you keep up with them], then you start to believe it when you see that it’s happening. When it started, it was maybe one match, two matches. [Then] I saw that I could play at this level.”

At the BNP Paribas Open, you might have expected World No. 1 Novak Djokovic to be the last Serbian standing. Instead, it was Kecmanovic, who reached his maiden ATP Masters 1000 quarter-final as a lucky loser.

But perhaps the 19-year-old’s biggest moment yet came at the Turkish Airlines Open Antalya, where he reached his first ATP Tour final. Kecmanovic was disappointed to fall short, especially after holding a match point against Lorenzo Sonego. But the Serbian took the positives out of it, cherishing a chance to learn from that moment.

“It definitely was a big experience to play my first final,” Kecmanovic said. “It was tough losing with match point in the final. But it was cool that I was finally able to break through and make a big result at an ATP [event].”

More than any individual result, Kecmanovic’s biggest victory this year has been in his mind. The teenager won many prestigious junior tournaments, but competing on the ATP Tour is a different animal.

“When it starts to happen and you believe, it just gets better and it goes a lot more your way,” Kecmanovic said. “You know that maybe you could do it, that you belong there and then you believe that you’re playing good.”

Kecmanovic is the second-youngest player in the Top 100, trailing only fellow #NextGenATP player Felix Auger-Aliassime. For some rising stars, that creates pressure that could slow their progress. Jimmy Arias, the IMG Academy’s Director of Tennis, and former World No. 5 knows that feeling. The American won all five of his ATP Tour titles before turning 20.

“I had expectations from a very young age and it was made known to me that I had expectations from a lot of different people,” Arias told ATPTour.com. “If the people around [Kecmanovic] are all telling him, 'You’re great, you should be this', some people would have trouble with that being thrust on them… [but] he’s got family right there and he’s had the same coach for a long time. So I just think he’s got a nice little team and they’re focussed on, ‘Let’s keep getting better’ and not, ‘Where are we going to be’?”

Arias first saw Kecmanovic play about a year and a half ago, before he worked at the academy, where the Serbian still trains. Arias stopped by for a hit, expecting a 14- or 15-year-old practice partner. Instead, Kecmanovic was across the net.

He laughs about it now, but Arias was so nervous about giving the Serbian a solid practice that he shanked the first ball over the fence. Kecmanovic, who didn't know who Arias was at the time, did not utter a peep, and just continued on with the practice.

“At that time, I thought he was great off the ground, very solid. But his serve wasn’t good enough to compete at the highest level... But he has improved his serve enough and his groundstrokes are really solid. He’s tough to beat. He hits the ball deep, consistently, he moves well and obviously competes well,” said Arias, who believes Kecmanovic needs to continue working on his serve, as well as taking advantage of short balls.

“Obviously I’m excited that it’s happening at such a young age. I’ve worked hard for it and it’s really a dream come true to play at the ATP level. I’m happy that it’s happened so soon,” Kecmanovic said. “A lot of people never see this, they never get to experience this, so I’m very thankful.”