Groups Locked In For The 2019 Next Gen ATP Finals 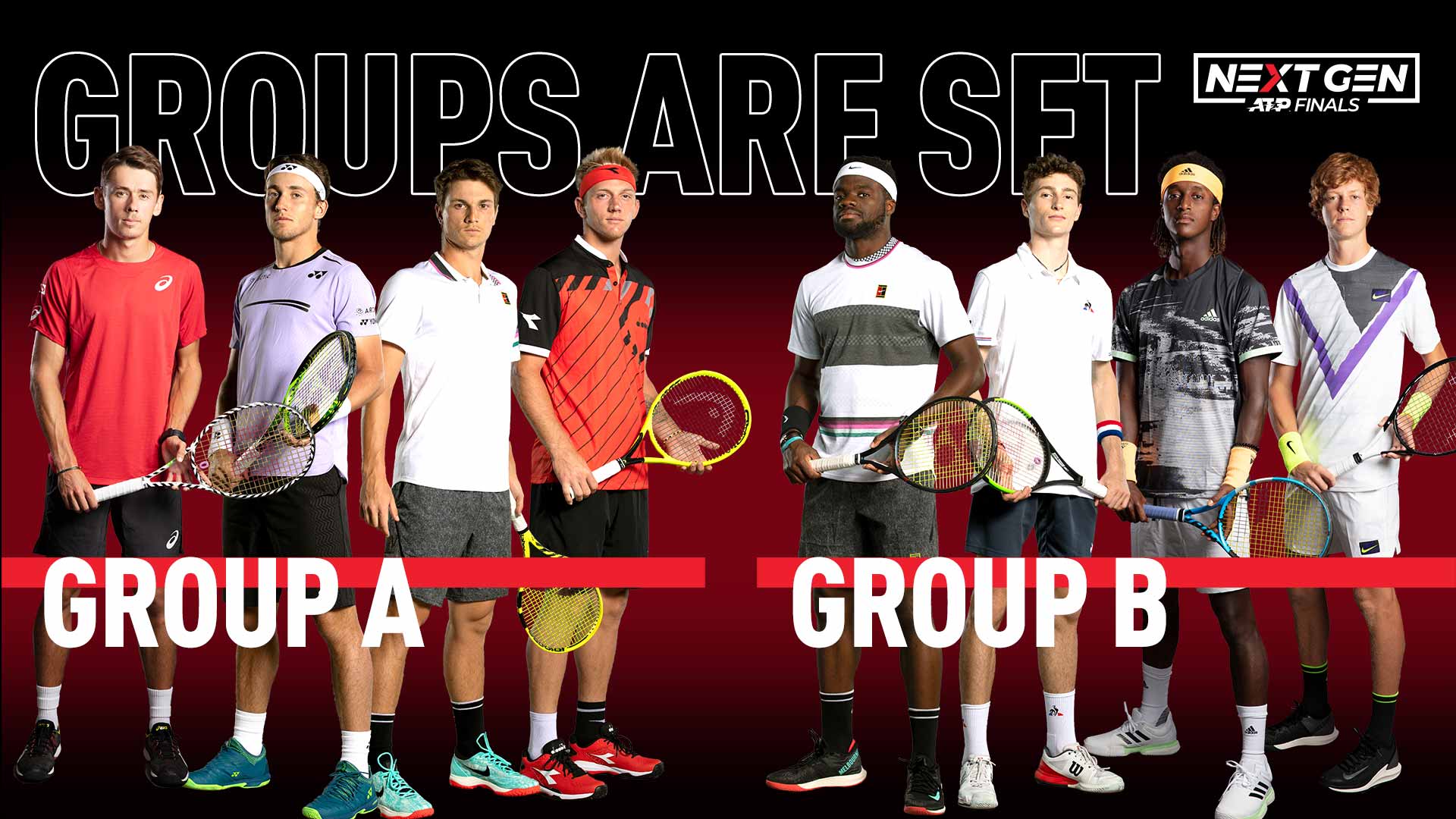 Action in Group A and Group B kicks off on Tuesday at the Next Gen ATP Finals in Milan.

A mouth-watering draw was set on Saturday for this year’s Next Gen ATP Finals in Milan, with the eight competitors ready to battle at the Allianz Cloud. Top-seeded Aussie Alex de Minaur headlines Group A and second-seeded American Frances Tiafoe leads Group B, with the action to begin on Tuesday.

This year’s Milan contenders were split into two groups during the draw ceremony at the Lavazza Flagship Store. Players in each group will contest three round-robin matches, with two competitors advancing from each group into the knockout elimination semi-finals.

With three ATP Tour titles this season accompanying a runner-up finish last week in Basel, De Minaur is the highest-ranked player in the field at No. 18 in the ATP Rankings. But he’s never faced anyone in his group in an ATP Tour main draw before, meaning this year’s event will mark the beginning of long-lasting FedEx ATP Head2Head rivalries. De Minaur, Ruud and Kecmanovic have all made tour-level finals this season, while Davidovich Fokina reached his maiden tour-level semi-final this May in Estoril.

“It’s a tough draw. Both groups are equally good,” Kecmanovic said. “Everybody is playing well and have had the best years of their careers, so it’s going to be tough.”

Group B is equally intriguing as all four players arrive in strong form. Sinner and Humbert both reached the semi-finals last month in Antwerp, with Sinner defeating Tiafoe in a three-set quarter-final. Ymer has won four ATP Challenger Tour titles this year, including back-to-back crowns in September.

“The draw speaks for itself,” said Ymer. “It’s all of the best players our age, so it’s going to be a big challenge.”

Tuesday’s schedule has also been released. Ruud and Kecmanovic kick off the day session, followed by De Minaur facing Davidovich Fokina. The night session opens with Humbert taking on Ymer, followed by Tiafoe squaring off against Sinner.