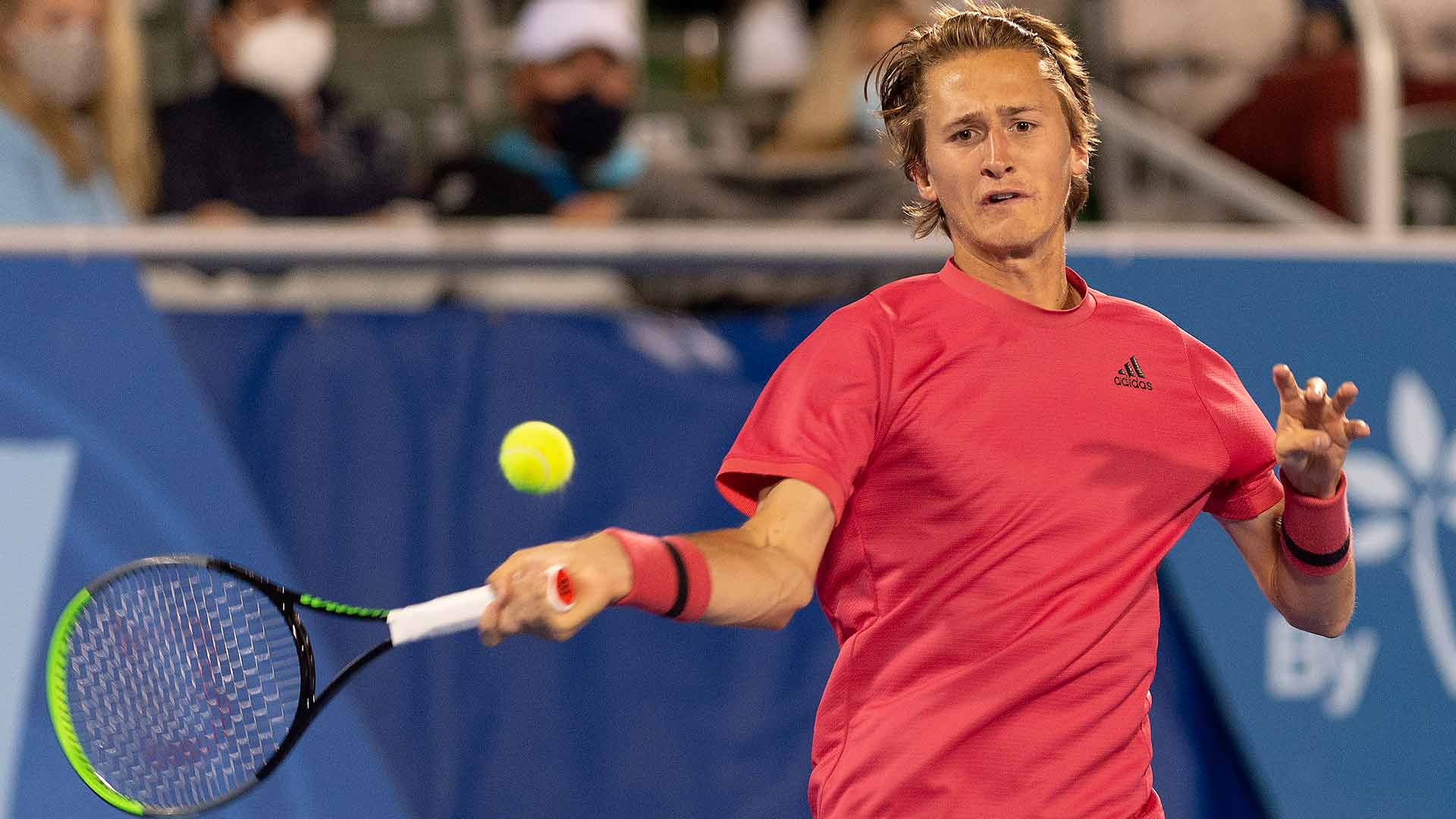 Korda’s father, former World No. 2 Petr Korda, competed in Delray Beach twice (1997, 1999) and did not reach the quarter-finals on either occasion. “Sebi”, who is 20, began the week with only three tour-level wins. Now he has five.

“It’s special [to make the quarter-finals],” Korda said. “The last time I played here I won the [Boys] 18s Clay Courts, so I have some good memories from here. It’s a special place and the crowd."

Paul made a great start to the match, using his athletic ability to track down Korda’s aggressive shots and force his younger countryman to hit extra balls to finish a point. Players have spoken about how quick the courts are playing this week in Florida, but Paul was still flying behind the baseline to put balls back in play. After the first set, Korda received treatment from the trainer on his left knee.

But as the match wore on, Paul began misfiring. That allowed Korda, whose knee appeared to improve, to free up and dictate play from the baseline. The 20-year-old showed power and finesse off both wings, from crushing forehand winners to curling short angles to change the pace in rallies. Korda converted five of his six break points and saved nine of the 11 break points he faced to oust the fifth seed after two hours and eight minutes.

“Just the consistency and constantly applying the pressure was super big for me. I returned really well, especially in the second and third sets,” Korda said. “I started serving a lot better, so those were probably the biggest things for me: always staying aggressive and picking at his serve a lot.”

Korda will next play American No. 1 John Isner, who crushed 22 aces in a 6-4, 7-6(4) triumph against Brazilian lefty Thiago Monteiro.

It was a tricky season-opening match for Isner, who beat Monteiro in four tie-break sets at last year's Australian Open. But the second seed won 85 per cent of his first-serve points and in key moments was able to unleash on his forehand.

The Isner-Korda clash will be a rematch of their second-round encounter at Roland Garros last year, when Korda triumphed. Before that match, Isner was highly complimentary of his younger countryman.

"Him and I get along very well. We both really love hockey. He's a Boston Bruins fan, I'm a Carolina Hurricanes fan," Isner said. "He certainly has an incredible pedigree given his father's tennis career, his two sisters doing amazing things on the LPGA Tour. Good to see him having success. That's a very, very athletic family, no doubt about that."