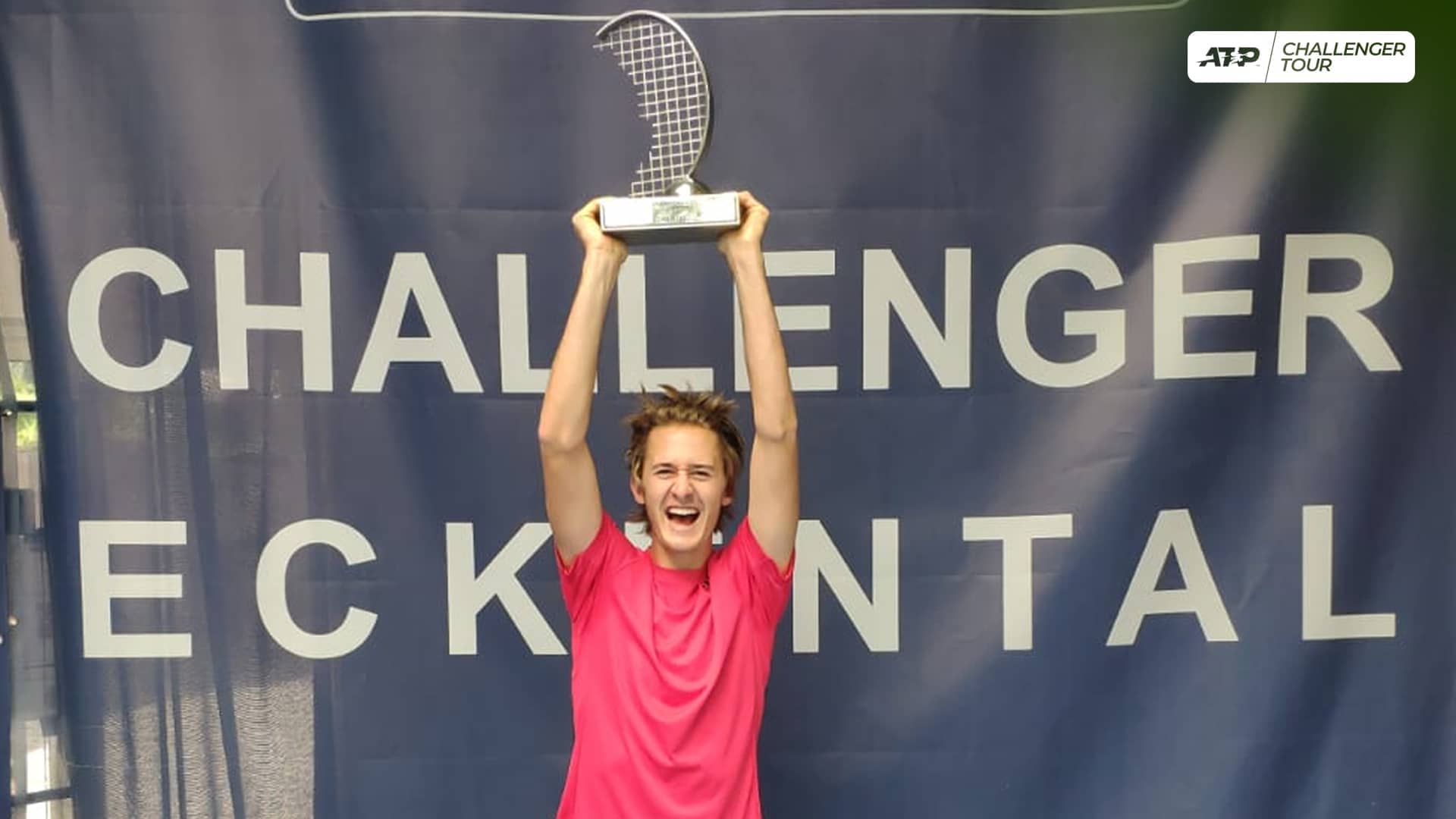 Victory is even sweeter for those who wait. Just ask Sebastian Korda.

On Sunday, the #NextGenATP American claimed his first professional title at the ATP Challenger Tour event in Eckental, Germany. Korda dominated as the week progressed, dropping just one set at the Challenge Eckental. It all culminated with a 6-4, 6-4 win over Ramkumar Ramanathan in the championship.

"I'm super happy to pull through," said Korda after the match. "It was a tough match today and it wasn't easy.  He serves and volleys on carpet, but I'm happy with the way I stayed calm and finished it off."

It was a long time coming for Korda, who had dropped his first eight finals as a professional. Since concluding his junior career with a victory at the Australian Open in 2018, he lost six title matches on the ITF circuit and two at the Challenger level, in Nur-Sultan and Champaign last year.

But, 2020 has proven to be a rebirth for the 20-year-old. After coming so close in the Champaign final exactly one year ago, holding a championship point against J.J. Wolf, Korda has been more determined than ever to finally flip the switch. He has been on a mission in recent months, reaching the Round of 16 as a qualifier at Roland Garros and winning 13 of 15 matches since the start of that memorable fortnight.

"In the past, I'd get frustrated in finals. Every little mistake would weigh on me, but today I was able to stay calm through the whole match. The way I finished it off made me super happy."

Following such a big result at a Grand Slam, players often struggle to rediscover their rhythm in their return to the ATP Challenger Tour. Even as he moved from clay to carpet, Korda made the transition look seemless. He would carry the momentum to Germany, reaching the quarter-finals in Ismaning and then lifting the trophy in Eckental.

"Ever since the US Open, I've felt comfortable and confident, especially against the bigger guys. I'm pretty skinny and tall, so during the [COVID-19] break, I worked to get stronger and sort of grow into my body. The way I'm playing, it has helped a lot."

At the age of 20 years and four months, Korda is the youngest winner from the United States in 2020. In fact, his victory marks the sixth straight year in which an American aged 21 & under has won a title. A year ago, Wolf achieved the feat and was preceded by 15 other #NextGenATP winners since 2015.

Korda is projected to rise 20 spots to a career-high No. 116 in the FedEx ATP Rankings. He will continue his push towards the Top 100 when he concludes his 2020 campaign at the Orlando Challenger in two weeks.

"I have a flight tomorrow morning at 6am, going back to the States, but I'll definitely celebrate tonight."