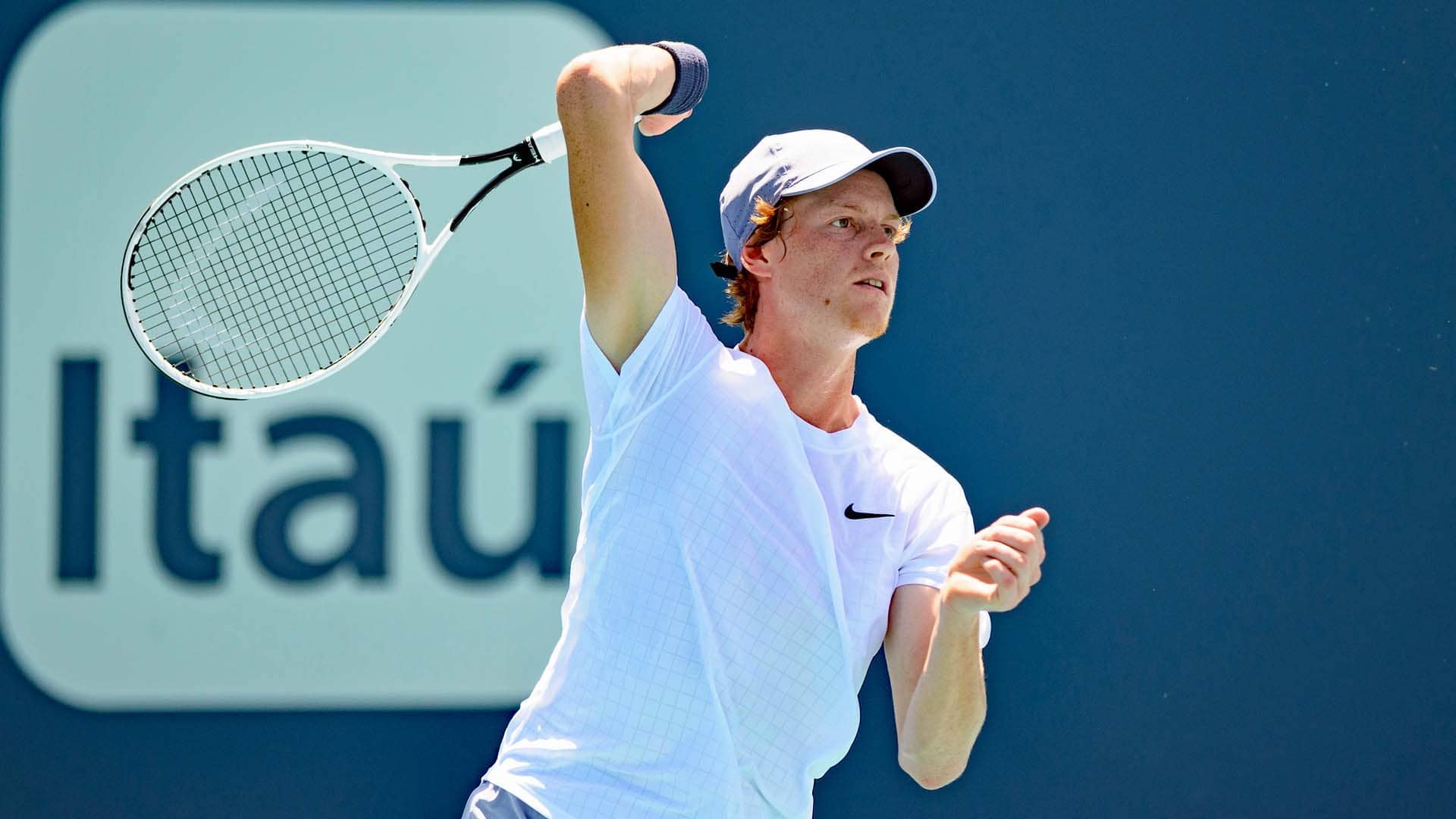 Karen Khachanov won the early battle against Jannik Sinner on Sunday, but the #NextGenATP star claimed the war.

Sinner outlasted the 14th seed 4-6, 7-6(2), 6-4 in a gut-busting clash of two hours and 50 minutes to advance to the Round of 16 at the Miami Open presented by Itau. The 19-year-old will play Finland's Emil Ruusuvuori for a spot in the quarter-finals.

The 21st seed, who is physically fit, appeared fatigued just a few games into his physical match against Khachanov. The pair fought it out for more than 30 minutes in the first three games alone, including the second game, which went to 11 deuces. As Sinner served at 2-2, he even bent over after a point, showing the effects of the gruelling start.

Sinner was certainly ready to go, but the big-hitting rallies point-in and point-out would take a toll on any player's legs. Although Khachanov lost serve in the epic second game, he recovered better physically to power his way through the opening set.

His teenage opponent was not going to lay down, though. Sinner found a way to grind his way through the second-set tie-break, and in the decider both men raised their level, making few unforced errors. In the end, Sinner, nearly three hours into the marathon, used his legs to gain the critical advantage.

At 4-4, 40/40, with Khachanov serving, Sinner somehow sprinted up to get to a good half-volley by the Russian and found an incredible angle to earn break point. The Italian converted on the next point and then served out his victory.

That this was an epic was no surprise. Their first two clashes went to final-set tie-breaks, including a five-set win by Khachanov at last year's US Open. Sinner now leads their ATP Head2Head series 2-1.

Ruusuvuori upset third seed Alexander Zverev in the second round, and all three of his matches have gone to a deciding set. The 21-year-old battled past #NextGenATP Spaniard Carlos Alcaraz in the first round.

The World No. 83 converted eight of the 10 break points he earned against Ymer, who only won 52 per cent of his first-serve points. Ruusuvuori is competing in just his second ATP Masters 1000 event.

Ymer nearly forced a tie-break in the deciding set, earning a 15/40 advantage as Ruusuvuori served for the match. But the Finn showed great reflexes to save the first of three break points that game and eventually close out the match.

Did You Know?
The last time this tournament was held, in March 2019, Sinner was still outside the Top 300 of the FedEx ATP Rankings. Now, the 2019 Next Gen ATP Finals champion is World No. 31.