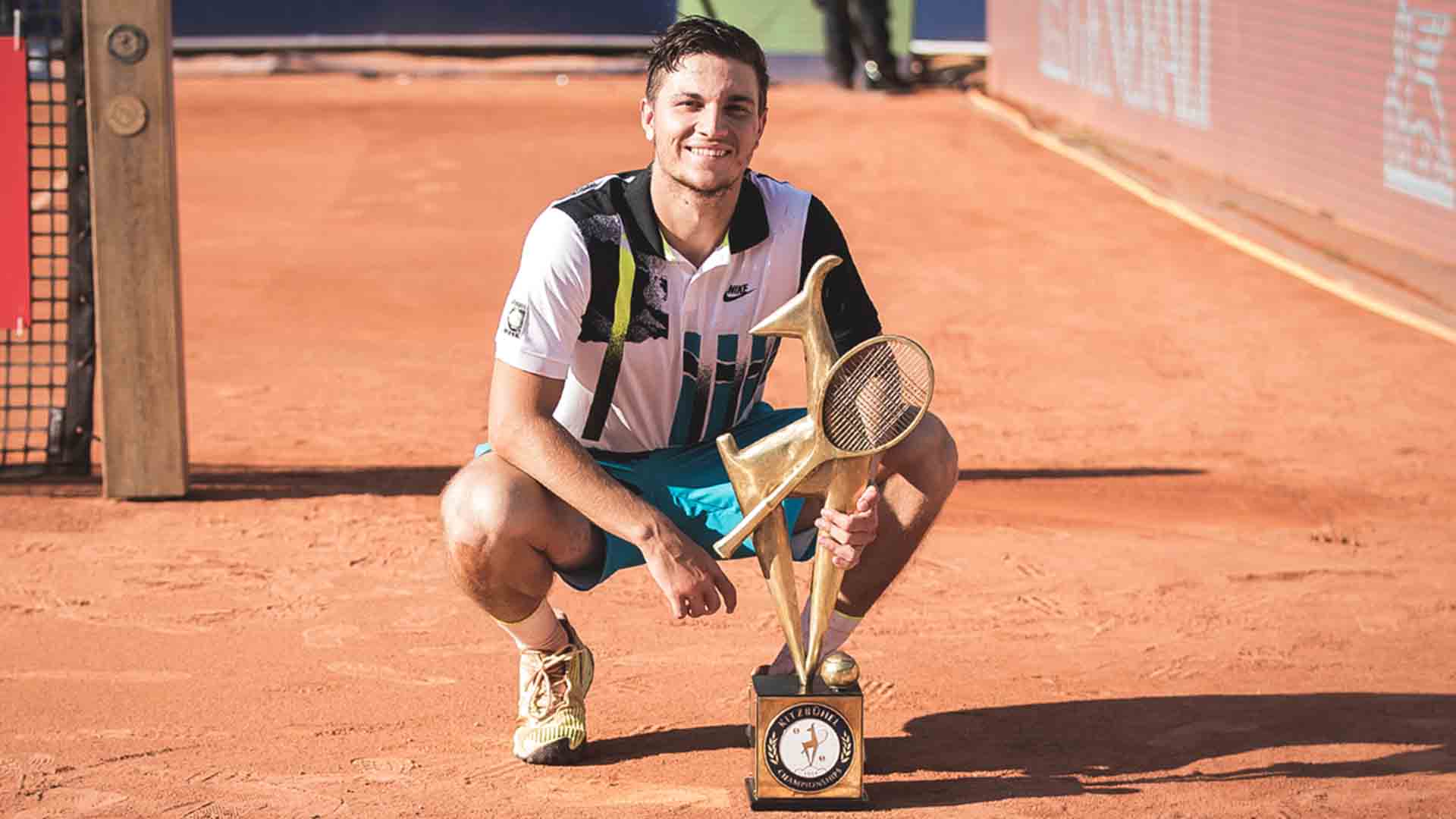 More than 14 months after holding championship point in his maiden ATP Tour final, Miomir Kecmanovic captured his first tour-level trophy at the Generali Open in Kitzbühel on Sunday.

“It means a lot [to win my first ATP Tour title]. I worked so hard for this," said Kecmanovic. "I am definitely happy that I was able to achieve it so quickly.”

The #NextGenATP Serbian converted three of four break points to overcome Yannick Hanfmann 6-4, 6-4 and become the first Serbian to win the ATP 250 event. At last year’s Turkish Airlines Open Antalya, Kecmanovic came within a point of his first title but could not get across the line against Lorenzo Sonego.

“Last year sucked when I couldn’t win the final. I definitely have a lot more experience since then and it means everything to be able to win a title,” said Kecmanovic.

Prior to his victory against Hanfmann, the World No. 47 claimed wins against Kei Nishikori, Jordan Thompson, Federico Delbonis and Marc-Andrea Huesler to reach his second ATP Tour final. Kecmanovic, who improves to 14-6 this year, was appearing in his third semi-final of the year after runs to the last four at the Qatar ExxonMobil Open and New York Open.

Hanfmann was also attempting to capture his first tour-level trophy. The German won six matches from qualifying to reach his second ATP Tour championship match. Hanfmann also finished as a runner-up on clay at the 2017 Swiss Open Gstaad.

Kecmanovic made a quick start to the championship match, playing well from the back of the court to force his opponent to try and shorten points. The 21-year-old extracted multiple drop shot errors from his opponent and drove backhands up the line in key moments to establish a 6-4, 2-0 lead.

After trading breaks, Kecmanovic played with aggression to save two break points when serving for the match at 5-4. On his second championship point, the Belgrade native collapsed to the clay as Hanfmann failed to find the court with his backhand return.

“[The last game] wasn’t pretty, it was definitely difficult,” said Kecmanovic. “I just tried not to think that it was potentially the last game and I just tried to hit my serves at the right spot. Thankfully, I was able to do that.”