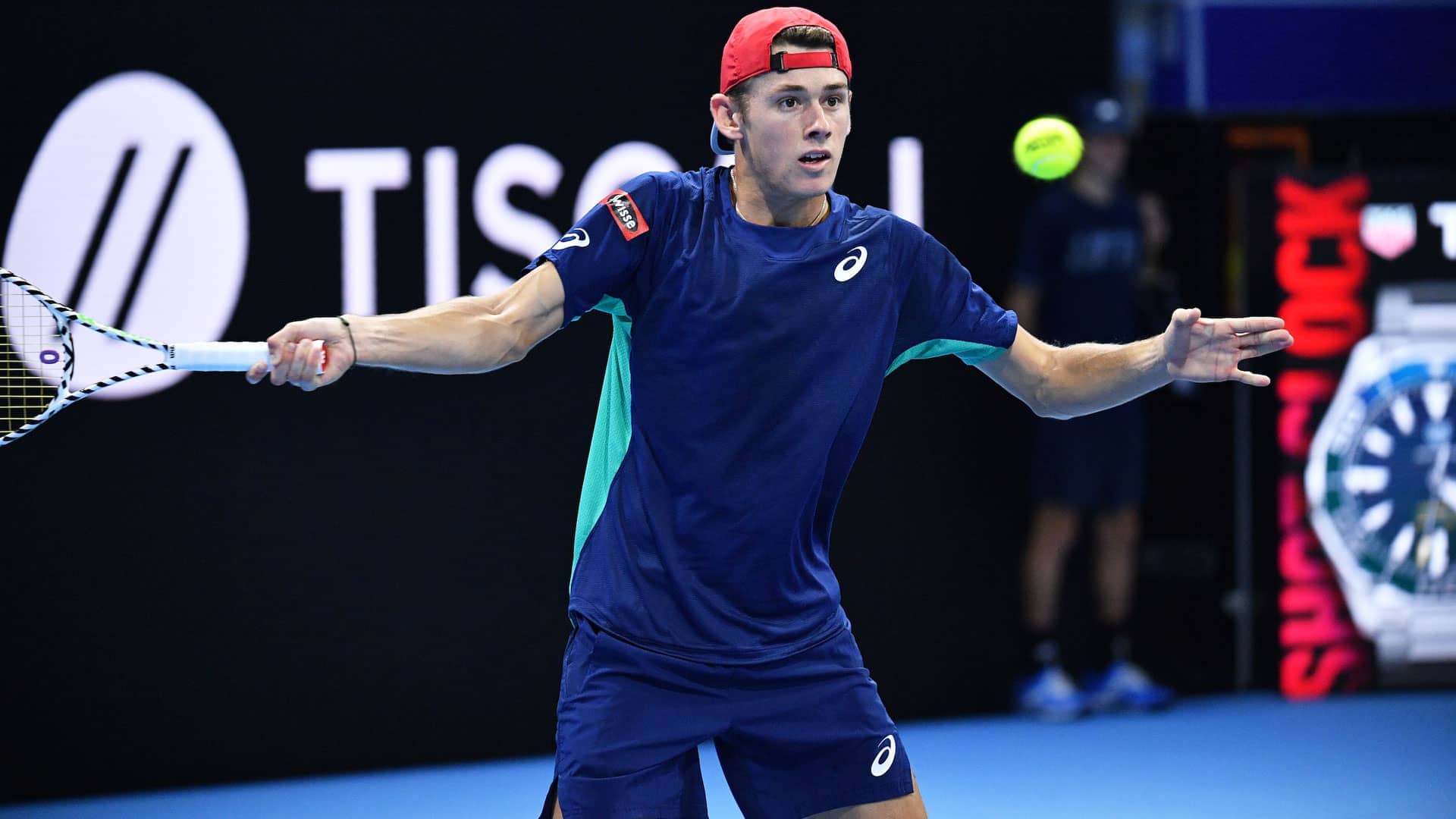 Alex de Minaur takes the lead in Group A after his win on Wednesday over Miomir Kecmanovic. © Peter Staples/ATP Tour

Top-seeded Aussie Alex de Minaur produced a statement win on Wednesday at the Next Gen ATP Finals, holding off Serbian Miomir Kecmanovic 4-1, 4-3(4) 1-4, 4-0 in the second match of the day in Milan.

“This is what you expect in these conditions. A match can turn quickly. I didn’t play badly, [but] he just played well in the important moments,” De Minaur said. “I just had to regroup and stick to my game.”

De Minaur now holds the lead in Group A with a 2-0 record, while Kecmanovic drops to 1-1. The top seed next plays Norwegian Casper Ruud as he looks to go undefeated in round-robin play for the second year in a row at this event.

“[Casper] played a hell of a match today and it’s going to be incredibly tough, but this is what we’re here for,” De Minaur said. “Everyone is playing at a high level, so I have to be ready for it.”

Kecmanovic started off slowly while De Minaur came out firing from the first point. The top seed broke in the opening game by winning a lengthy baseline exchange and secured another break to wrap up the opening set.

The Serbian used the in-match coaching option before the second set and came out with a new game plan, playing closer to the lines and attempting to shorten the points. The strategy worked as he applied pressure and broke De Minaur at 1-1. But with Kecmanovic serving for the set at 3-2, the Aussie stepped up and ripped a forehand winner in the deciding point to force a tie-break. De Minaur rode that momentum and dominated the tie-break for a commanding advantage.

Kecmanovic stuck to his tactics and was finally rewarded in the third set. A brave net approach from the Serbian yielded a backhand volley winner and a break at 2-1. He then comfortably held in the next game to close the gap.

De Minaur was unfased, though. He regrouped and went on to produce his best tennis of the week, dropping just five points in the last set to prevail in one hour and 25 minutes. The top seed hit more than double the number of winners (23) to unforced errors (11).