Tiafoe On The Board In Milan 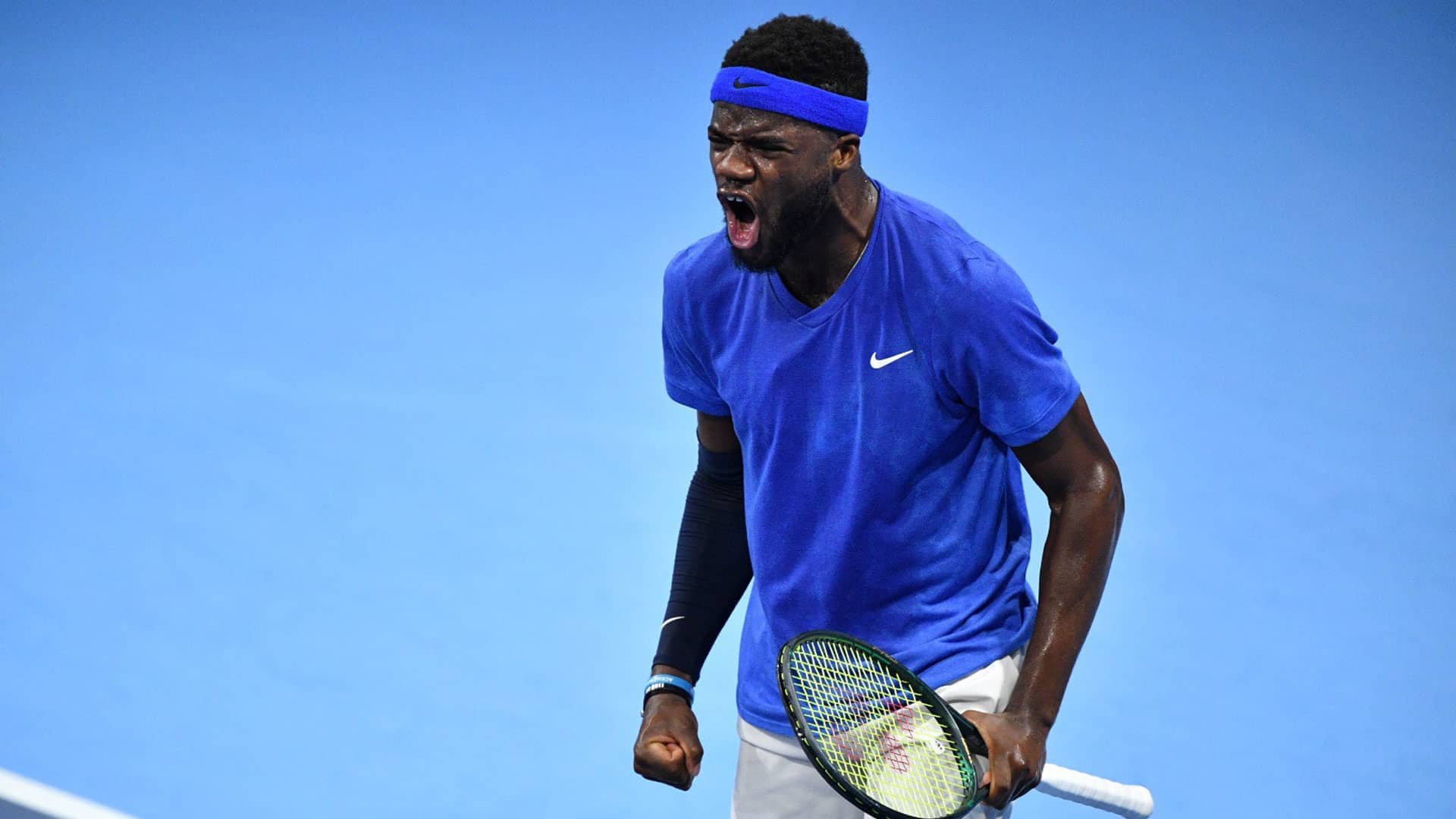 Frances Tiafoe keeps himself in contention to advance out of Group B with a win over Ugo Humbert. © Peter Staples/ATP Tour

Frances Tiafoe’s reaction after clinching match point on Wednesday at the Next Gen ATP Finals made it clear that he wants to extend his time in Milan. The second-seeded American fell to the ground in delight after his angled backhand return winner put him on the board this week with a 4-2, 4-3(5), 3-4(4), 4-1 victory over Frenchman Ugo Humbert.

“I think that was the best shot I’ve ever hit in my life,” Tiafoe joked. “I’m glad the crowd liked it. I loved it and the team loved it.

“I really like coming to Milan. In the next couple of years, I will probably just come and just hang out. I love the city that much. I always love coming back. The fans are great here. I feel very loved here, practising and stuff. Little kids seem to like me quite a lot here. That means a lot to me.”

Tiafoe moved to 1-1 in Group B, while Humbert fell to 0-2. The American enjoyed some of the biggest results of his career this season, reaching his maiden Grand Slam quarter-final at the Australian Open and his first ATP Masters 1000 quarter-final at the Miami Open presented by Itau.

Read More: Tiafoe Has Milan Title On His Mind

The second seed produced the shot of the week it 1-1 in the first set, tracking down an Humbert lob and flicking a no-look forehand passing shot that brought the crowd to their feet. He was still smiling about his outrageous winner even after breaking Humbert in that game and used the momentum to cruise through the opening set.

“That was insane,” Tiafoe said. “I’m always a guy who can hit some good shots. You can count on that.”

The second set quickly moved to a tie-break after stellar serving from both players. Humbert raced to a 5/3 lead, but Tiafoe levelled the score with a pair of big forehands. The Frenchman served to stay in the set at 5/6, but sent a backhand wide to give the second seed a heavy advantage.

Their serving duel continued in the third set and brought about another tie-break. But it was Humbert who raised his level this time, cracking a forehand volley winner and backhand winner en route to a 4/0 lead. The World No. 55 in the ATP Rankings found the line with another forehand on set point and pumped his fist as he close the gap.

Tiafoe failed to make it on the round-robin stage last year and his intensity showed he was determine to advance this year. He earned break point at 1-1 in the fourth set with an acrobatic backhand volley winner and raised his arms in celebration before converting the opportunity. Two games later, his 16th winner of the match wrapped up play after one hour and 43 minutes.