Gaston Ready For Takeoff In Miami 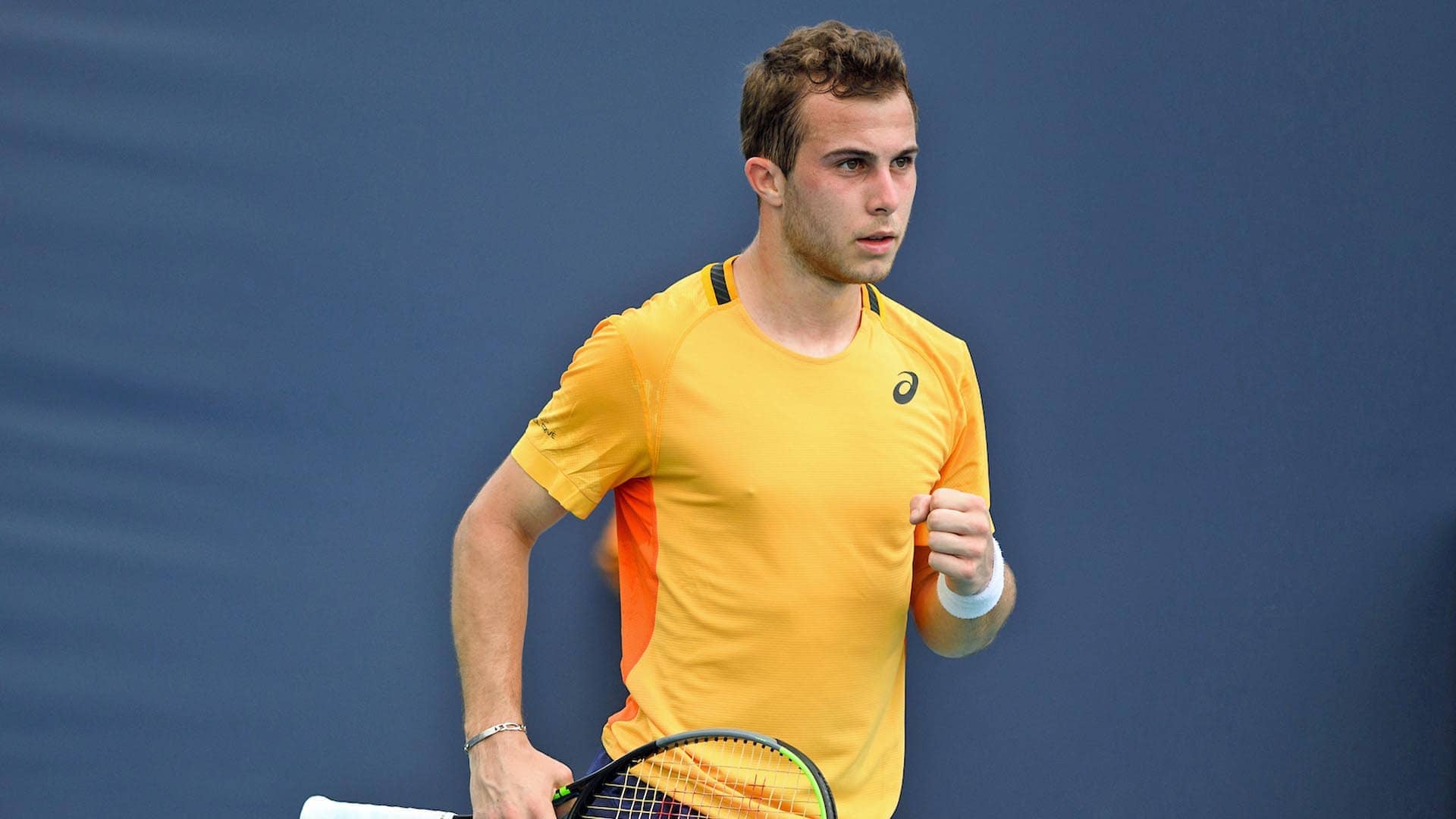 For Hugo Gaston, life is quite a bit different after his breakout run at last year’s Roland Garros, but in many ways it’s stayed the same.

The Frenchman was the last player from his country left standing by the third round, and he made sure that Parisians remembered his name. Ranked No. 239 in the world, Gaston stunned former champion Stan Wawrinka in thriller 2-6, 6-3, 6-3, 4-6, 6-0 to announce his arrival.

His run propelled him into the Top 200, and he achieved career-high No. 157 in FedEx ATP Rankings in October. It also won the 20-year-old plenty of new fans and supporters.

“Sometimes a lot of people want to take pictures with me now,” Gaston told ATPTour.com. “[Even] when I was in my home city, some people wanted to take photos with me. Of course, it’s nice for me.

“Of course, the people know me a little bit more [now], but I’ve stayed the same. I try to stay focussed on my tennis game.”

Off the court, the 20-year-old still lives with his parents in Fonsorbes, a suburb of Toulouse, France – and a place where tennis-playing Gaston stands out for more than his signature drop shots.

“In Toulouse, it’s like 80 per cent of the population that works in [the aeronautics industry]. It’s really big there,” Gaston told ATPTour.com.

His hometown lies at the centre of European aeronautics, with over 500 companies clustered around France’s “Aerospace Valley”. In fact, both of Gaston’s parents as well as his older brother work for airline manufacturer Airbus ensuring quality control and making sure the aircrafts are ready for takeoff.

“It’s really nice, sometimes we just talk about airplanes,” Gaston explained. “It’s good to talk not about tennis. For me it’s important to learn what I can from my family about airplanes as well, not only tennis.”

But Gaston always knew he was destined for tennis, another passion he inherited from his family. His father was the president of the Fonsorbes Tennis Club and he grew up accompanying him to the courts.

He always had a racquet in his hands since he began playing at the age of two, and grew up idolising fellow lefty Rafael Nadal.

“He’s a lefty and I like his mentality. For me, it’s really nice to watch [him play] and I try to take something from him [as an example],” Gaston said. “[I met Rafa for the first time] during the juniors, maybe in Australian Open. For me I was a young player and to see Rafa just behind me was amazing.”

Like Nadal, Gaston found the best tennis of his career on the courts of Roland Garros. The conditions in the French capital don't exactly suit his game, but Gaston found joy on his signature shot time and again on his way to the fourth round.

“I always play a lot of drop shots, not only in Roland Garros but even back in juniors it was the same,” he said. “Of course, the conditions at the French Open are really difficult so for me it’s really good to do this shot. I do a lot, a lot of drop shots. For me it’s [been] a good shot, and I try to hit a drop shot when I can.”

The Gaston drop shot was on display at the Miami Open presented Itau, where the Frenchman won his first match at the ATP Masters 1000 level. Up against Dominik Koepfer, Gaston recorded a 6-1, 6-4 victory to book a second-round clash with No. 21 seed Jannik Sinner. He’ll be out for revenge, as Sinner won 6-4, 6-1 in their most recent meeting in Marseille.

“My dream is to be the No. 1 and in the Top 10 and to take a lot of Grand Slams. I know it’s really difficult, we have a lot of really good players. So I will try to do my best and we’ll practise, and we will see.”