Fritz, With Annacone On His Team, Knows This Run Can Continue 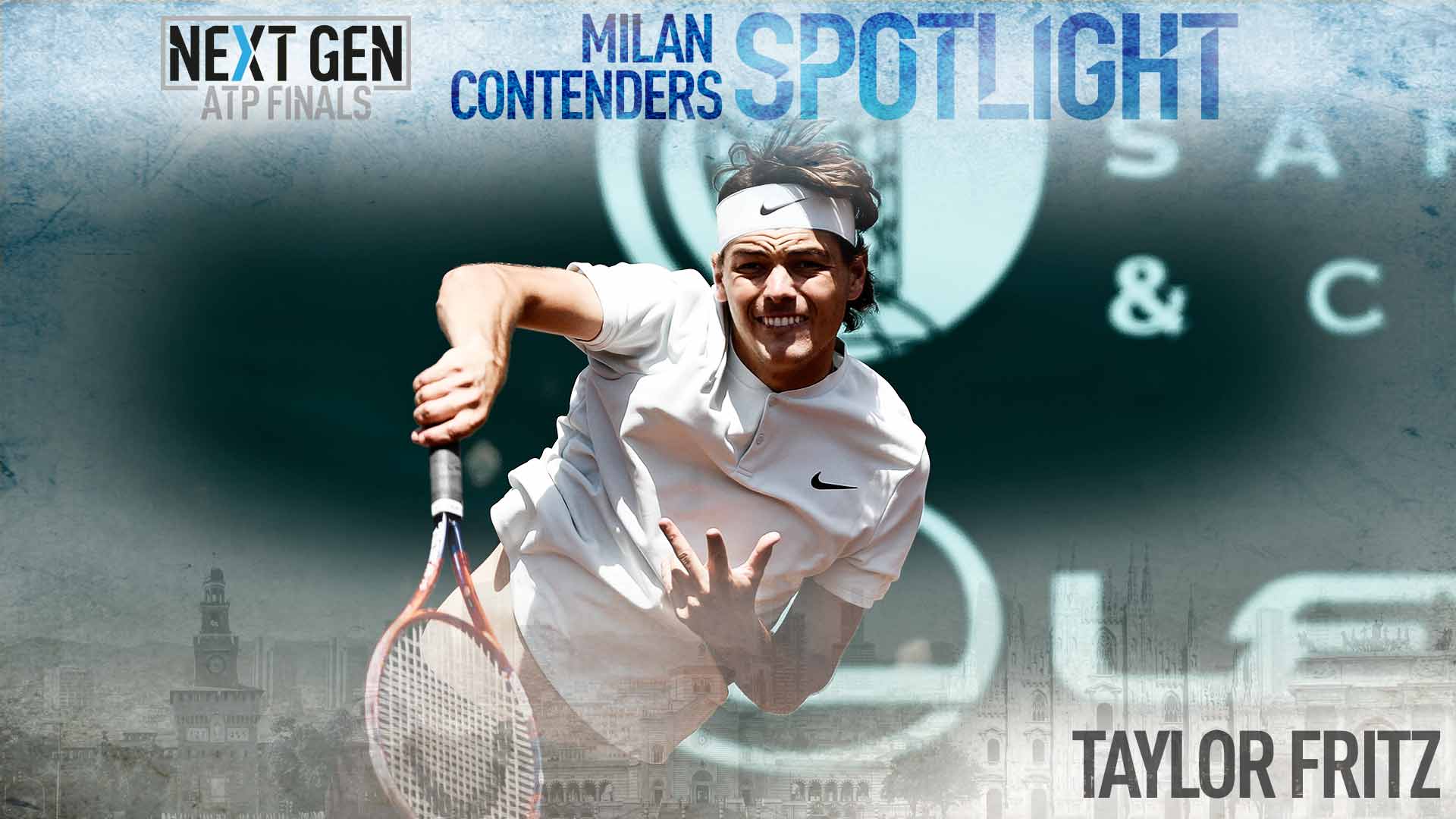 Taylor Fritz is in second place in the ATP Race To Milan. © Aaron M. Sprecher/US Clay

This time, Taylor Fritz feels as if it can last.

Two years ago, Fritz, then 18, became “The Next Big Thing” on the ATP World Tour. He reached the Memphis Open final, becoming the youngest American to make a tour-level title match since 17-year-old Michael Chang won 1989 Wembley.

Months after, Fritz made the quarter-finals of the Abierto Mexicano Telcel presentado por HSBC in Acapulco, an ATP World Tour 500 event. “The Next Big Thing” seemed like he was here to stay.

This year, Fritz is on the rise again, but he's confident it will stay that way. His game has improved that much, he said, and he's also learning how to win from one of most well-known coaches in tennis.

Annacone and Fritz started working together at the BNP Paribas Open in Indian Wells last month. Fritz made the fourth round of the ATP World Tour Masters 1000 event, and he's into the quarter-finals at this week's Fayez Sarofim & Co. U.S. Men's Clay Court Championship in Houston.

“I just felt like I needed someone who I thought could take my game to the next level, someone who I really respected and thought highly of,” Fritz told ATPWorldTour.com. “I think he enjoys working with me, and I think I've already improved so much working with him.”

Annacone's attention to details has stood out to Fritz, who's at No. 72 in the ATP Rankings this week. “Just the focus on on everything we do. The focus on not missing volleys, not missing a ball... is something that has helped me a lot,” Fritz said.

Annacone hadn't worked with an ATP World Tour player since Wawrinka last July. But he was intrigued by Fritz, who finished as the No. 1 junior in the world in 2015.

For Fritz's part, his potential and work ethic appealed to Annacone.

“He's only 20. He has a very big game. He can do a lot of damage. He's still, to me, is a work in progress. I love the fact that, even as a work in progress, he's had the results he's had already,” Annacone told ATPWorldTour.com. “I enjoy the fact that he's not afraid to work hard. He's enjoys hitting the gym and doing all the things he's supposed to do.”

Annacone also particuarly likes that even on days when Fritz's power game – his big serve and big-strike forehand – are off, the #NextGenATP American still finds ways to advance.

“My coaching philosphy is you're really only as good as you are on your average days, so you better be able to figure stuff out, and he embraces that,” Annacone said.

Watch: What Fritz Has Learned From Annacone

For instance, in February at the Delray Beach Open, night winds were dragging the ball from side to side and up and down as Fritz faced then-World No. 12 Sam Querrey. Fritz couldn't find his power game, but he adjusted his plan and left with one of the biggest wins of his career, a 2-6, 6-3, 7-6(4) victory against his compatriot.

“It was tough to get anything on the ball. So what really started working for me was falling back, not being so aggressive and just trying to make him play as much as possible, because conditions were tough,” Fritz said.

“I have this thing I always say, 'I don't lose third-set tie-breaks',” Fritz said. “It feels like I'm pretty clutch.”

More clutch play will see Fritz making his debut at the Next Gen ATP Finals, to be held 6-10 November in Milan. The 6'4” right-hander finished 11th in the ATP Race To Milan last year. But, after three-and-a-half months this season, he's in second place, behind countryman Frances Tiafoe.

“I feel like I'm having very strong results again but I'm playing within myself,” Fritz said. “I'm playing tennis that I know I can go out and play every single time.”

View The ATP Race To Milan