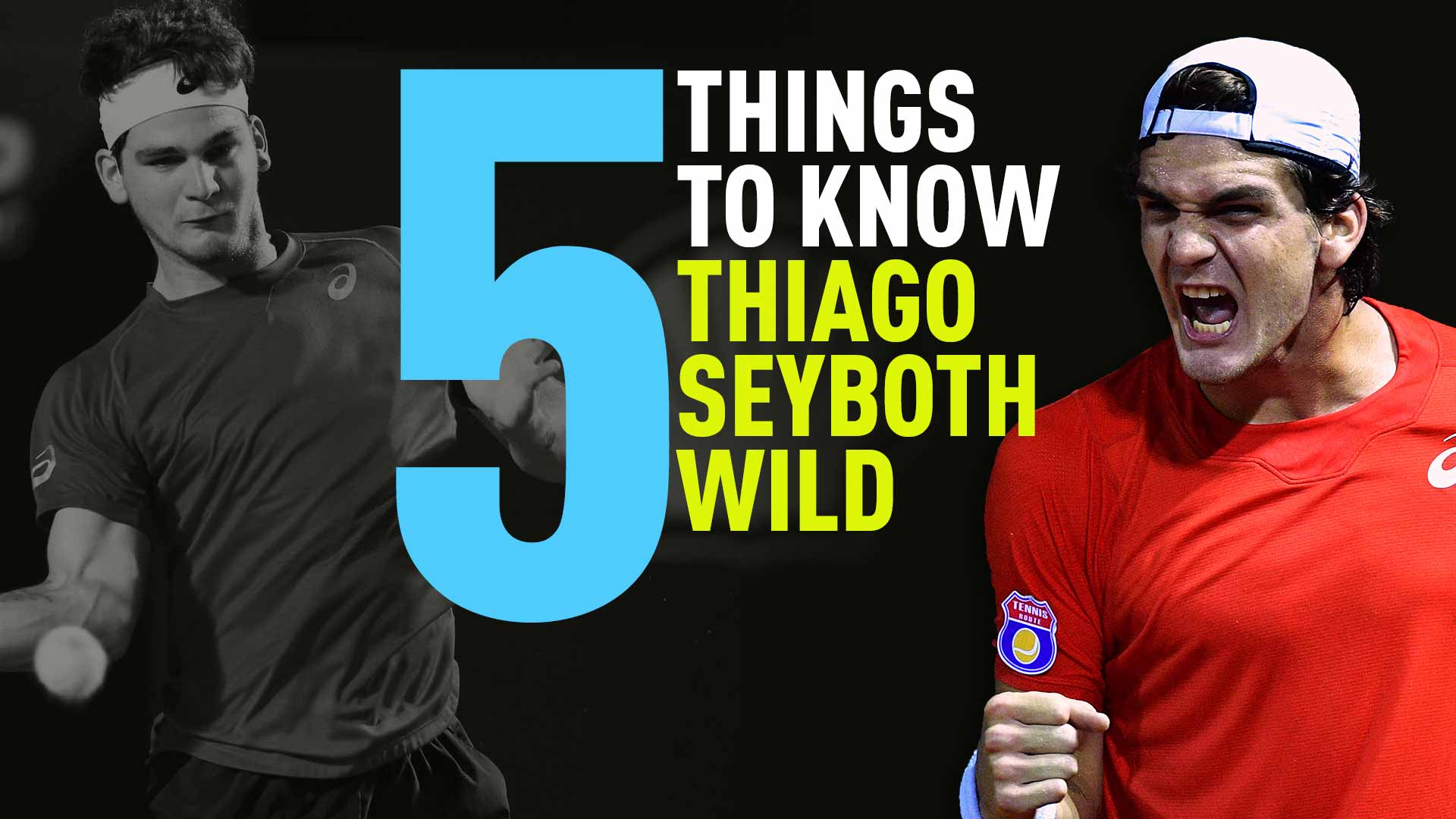 Thiago Seyboth wild is continuing to thrive in South America. All four of the #NextGenATP Brazilian's tour-level wins have come during the Latin Swing and he reached his first ATP Tour quarter-final on Thursday at the Chile Dove Men+Care Open in Santiago.

ATPTour.com looks at five things to know about this rising 19-year-old.

1. He Finished His Junior Career On A High
Seyboth Wild captured his maiden Grand Slam title in his final junior tournament at the 2018 US Open (d. Musetti). He became the first Brazilian to win the boys' singles title in New York.

"Winning a Grand Slam is every junior player's biggest dream," Seyboth Wild said after the match. "Reaching it in my last chance makes it even more special to me because I've always dreamed about it."

The 19-year-old 🇧🇷 has his first #ATPChallenger title, reeling off six wins in six days to triumph in Guayaquil.@thiagoswild | @challengye05 pic.twitter.com/iOySKDCIZJ

3. He's In Contention For Milan
Seyboth Wild's quarter-final run in Santiago means he's projected to move to tenth on Monday in the season-long ATP Race to Milan, which determines the seven players that qualify for this year's Next Gen ATP Finals at the Allianz Cloud from 10-14 November. He'll jump to ninth if he advances to the semi-finals and crack the Top 7 if he reaches his maiden ATP Tour final.

4. Guga Has Taken An Interest
Seyboth Wild first met Gustavo Kuerten at age six and the former No. 1 in the FedEx ATP Rankings has continued to keep an eye on his fellow Brazilian.

5. He's Still In School
Education is important in Seyboth Wild's family. Although his on-court success has prevented him from attending college as his mother had hoped for, he can be found hitting the books when he's not training or competing.

"I'm actually taking online classes at the moment," Seyboth Wild said last November to ATPTour.com. "It helps me keep my focus when I'm on the road for a long time and so I don't waste energy on stuff I shouldn't be."