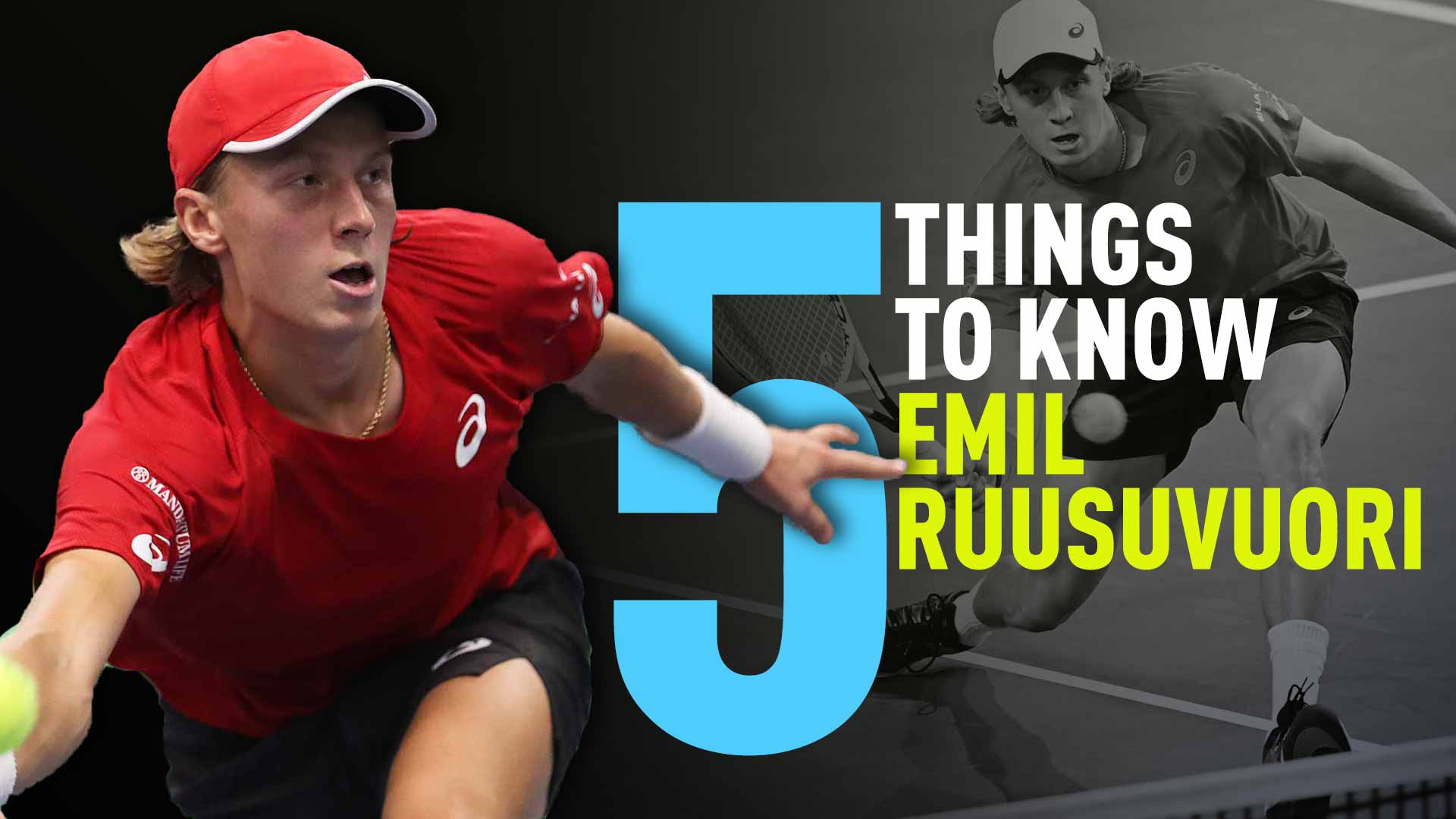 #NextGenATP Finn Emil Ruusuvuori announced his arrival on Tuesday by scoring his first ATP Tour win against Dennis Novak at the Open Sud de France in Montpellier. The 20-year-old, currently No. 101 in the FedEx ATP Rankings, took a quieter approach to his rapid climb by racking up wins on the ATP Challenger Tour before graduating to tour-level events this year.

ATPTour.com takes a look at five things to know about this rising Finn.

1. He’s Dominated In Challenger Events
Ruusuvuori came alive on the ATP Challenger Tour in the second half of last year. From June-November, the Finn won his first four titles at that level and posted a 32-8 record. He started this year with a runner-up showing in Bendigo, where he defeated 2019 Next Gen ATP Finals champion Jannik Sinner in the second round.

The future of Finnish tennis has arrived 🇫🇮

20-year-old Emil Ruusuvuori is the champion in Mallorca @rnadalacademy, claiming his second title of the year. At just 50 minutes, it is the shortest final this season. pic.twitter.com/c454BTJXRu

2. He Has Musical Skills
The current #NextGenATP class includes several piano players, including Felix Auger-Aliassime and Ugo Humbert, but Ruusuvuori's hidden talent is that he plays the drums. His favourite musician is rap icon Eminem.

3. He Enjoyed An Outstanding Junior Career
Ruusuvuori peaked at No. 4 in the ITF Junior Rankings in 2017. His highlights that year include winning the ITF Junior Masters and reaching the boys’ singles semi-finals at the US Open.

4. He Trained With Nadal
As a reward for taking the title last September at the Rafa Nadal Open, an ATP Challenger Tour event held at the Spaniard’s academy in Mallorca, he hit with Rafael Nadal during the off-season.

On September 1st @EmilRuusuvuori became the champion 🏆 of the #RafaNadalOpen by @sothebysrealty in Manacor. Three months later, Emil is back at the #RafaNadalAcademyByMovistar for his preseason‼️ And today he practiced with someone very special! 🤗 pic.twitter.com/wouCRAPZAU

5. He’s Already Beaten The World’s Best
Ruusuvuori made his first win against a Top 100 player an unforgettable one by convincingly beating Dominic Thiem 6-3, 6-2 in a Davis Cup tie last September between Finland and Austria. The confidence he took from that victory sparked two more ATP Challenger Tour titles in his next four events to finish out the year.