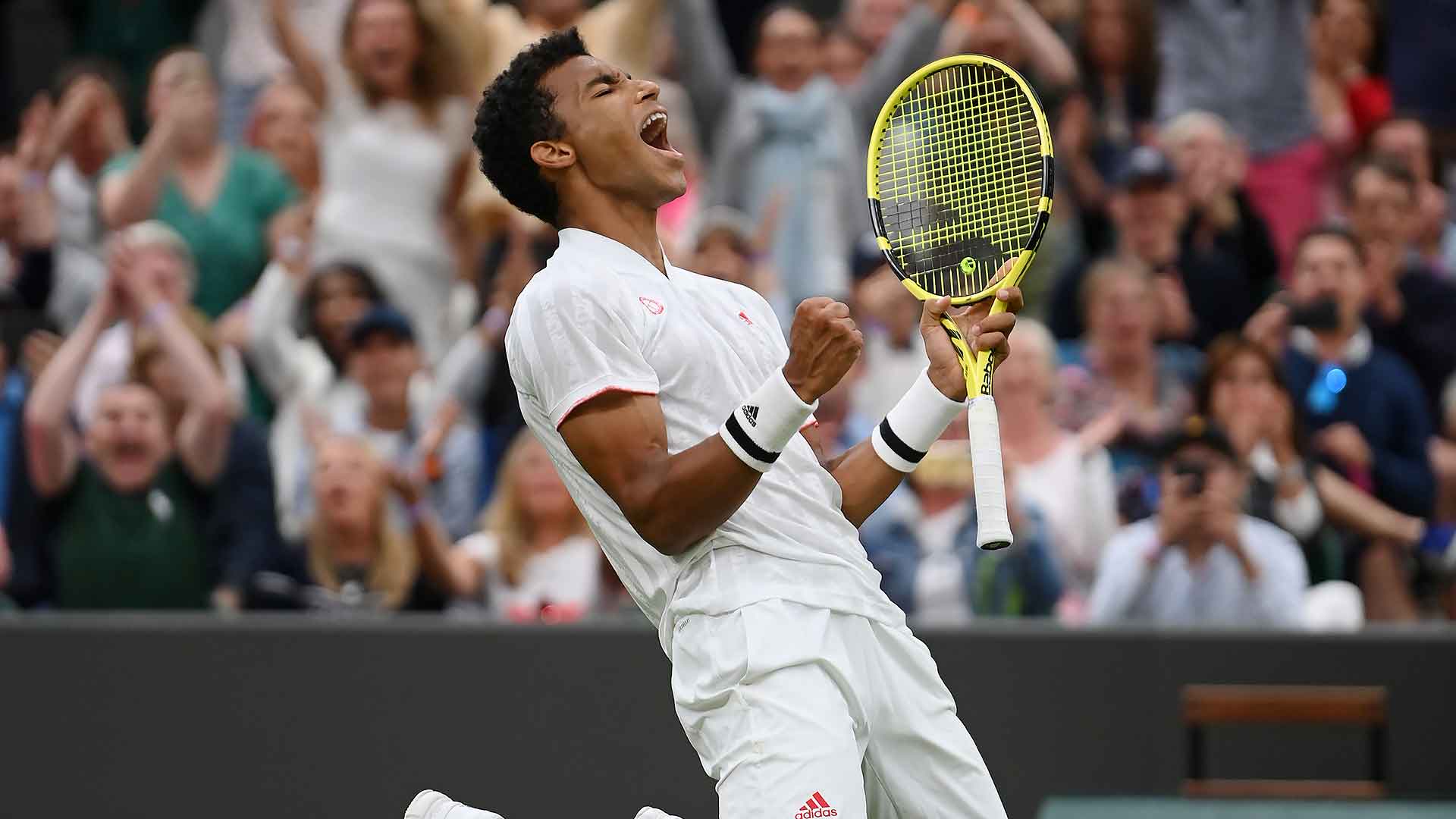 Felix Auger-Aliassime performed strongly during the grass-court swing to strengthen his chances of a place at the 2021 Next Gen ATP Finals. © Mike Hewitt/Getty Images

Felix Auger-Aliassime has strengthened his chances of appearing at the 2021 Next Gen ATP Finals, to be held in Milan from 9-13 November, as a result of his strong grass-court performances.

Over the past five weeks, the 20-year-old Canadian has compiled a 10-3 match record, reaching the MercedesCup final in Stuttgart (l. to Cilic), the NOVENTI OPEN semi-finals in Halle (l. to Humbert) and his first Grand Slam quarter-final at Wimbledon (l. to Berrettini).

Auger-Aliassime trailed ATP Race To Milan leader Jannik Sinner, the 2019 Next Gen ATP Finals champion, by 505 points ahead of the grass-court major, but after his Wimbledon run he is now just 155 points behind Sinner (1,520) on 1,365 points.

The 20-year-old also reached the Wimbledon fourth round, losing to Karen Khachanov 10-8 in the fifth set. Korda is third in the ATP Race To Milan on 1,045 points above Italian Lorenzo Musetti (811).