Auger-Aliassime To Face Nadal In Madrid Second Round 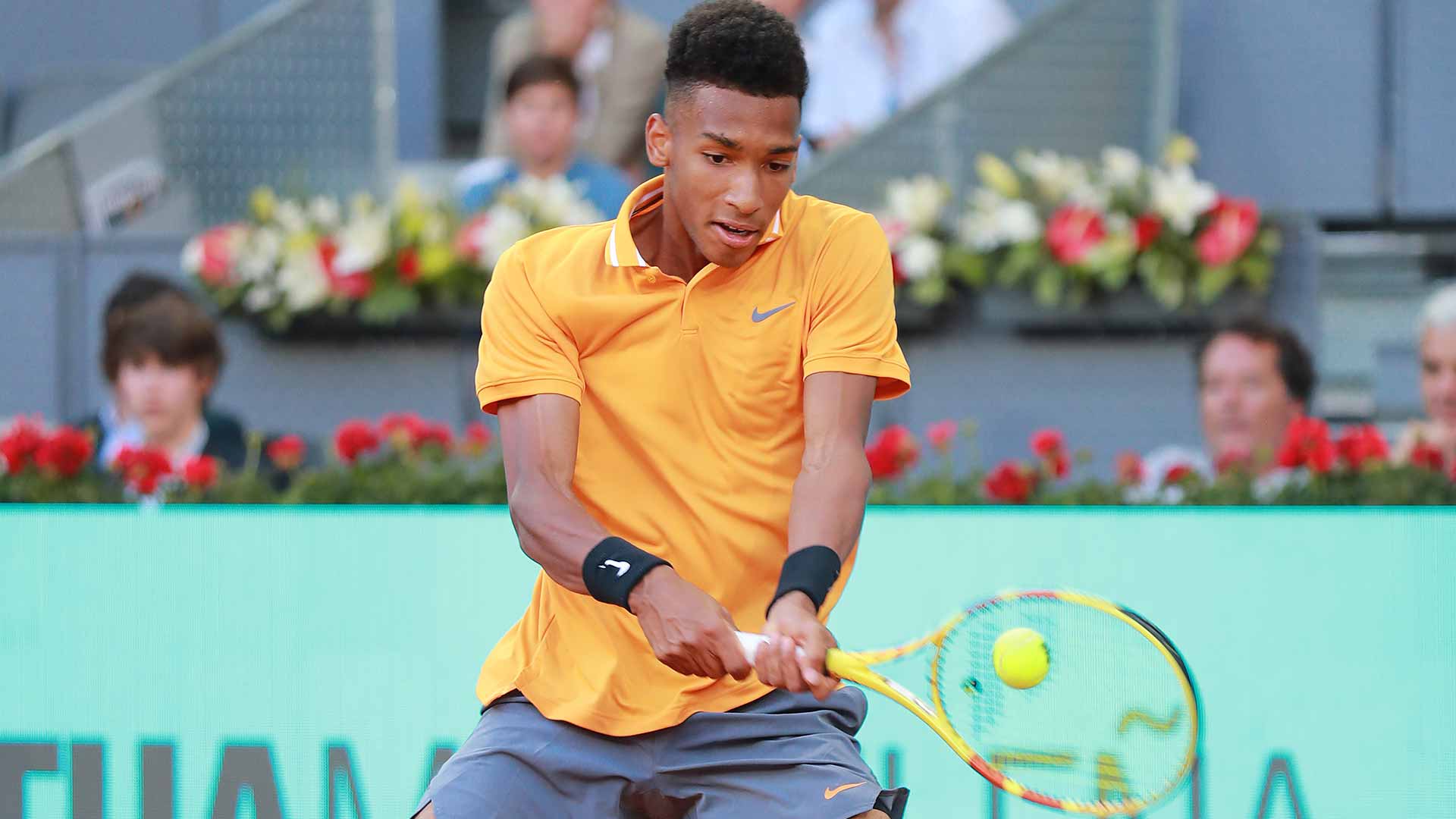 Best friend in the first round, best clay-court player ever in the second.

Auger-Aliassime improves to 17-9 on the season and continues to excel on clay. The teenager reached his first ATP Tour final at the Rio Open presented by Claro (l. to Djere) in February.

Auger-Aliassime, however, will face his toughest clay-court test yet in the second round when he meets five-time champion Rafael Nadal, the top seed who is 49-11 in Madrid. Nadal will be especially hungry for a deep run in the Spanish capital. He's coming off of semi-final finishes at the Rolex Monte-Carlo Masters and the Barcelona Open Banc Sabadell.

In the only other main-draw match on Sunday, German Jan-Lennard Struff knocked out 2016 quarter-finalist Nick Kyrgios 7-6(4), 6-4 and will next meet ninth seed Marin Cilic or qualifier Martin Klizan of Slovakia.