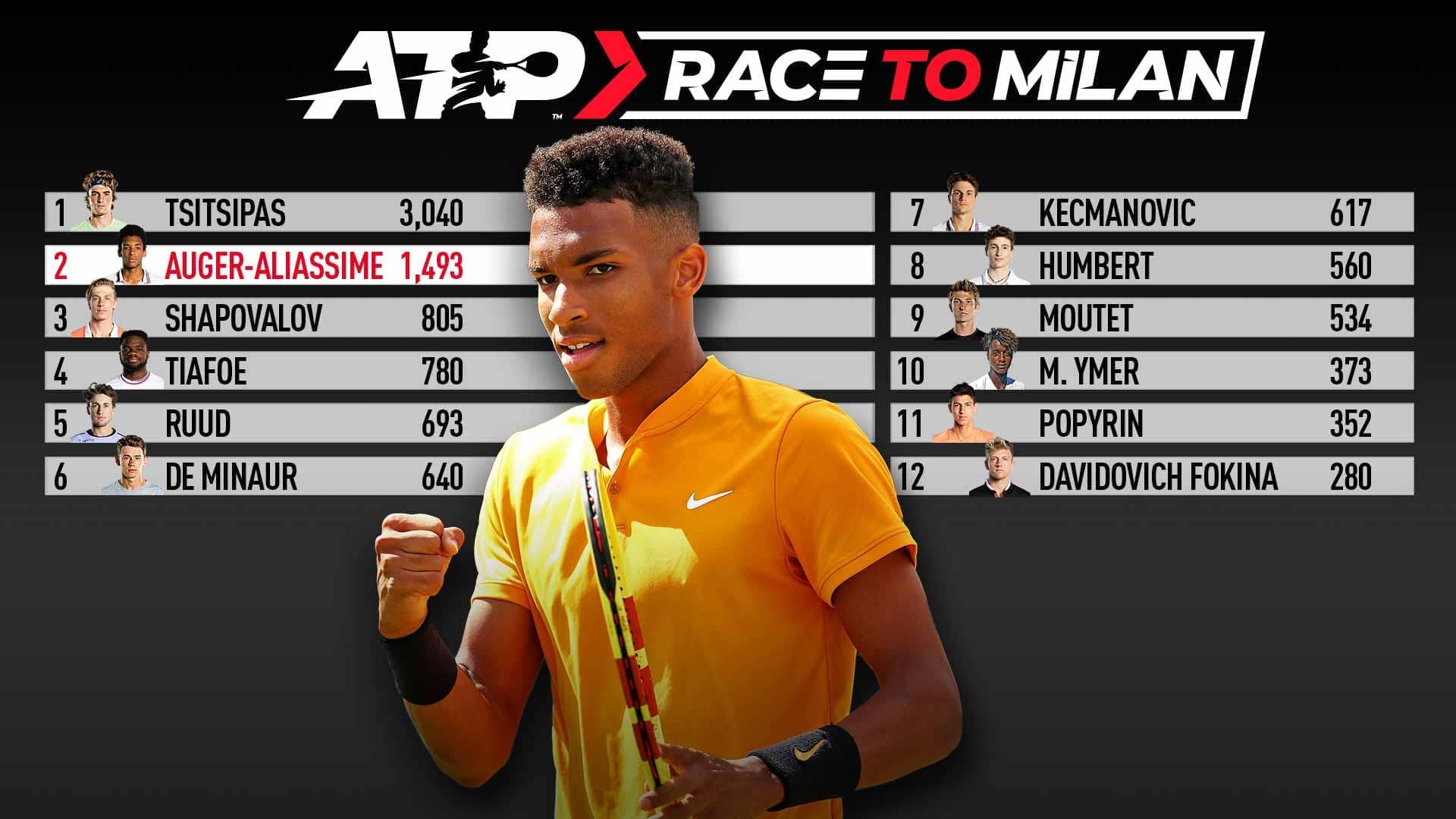 Felix Auger-Aliassime's successful Wimbledon debut saw the teenage prodigy further solidify his place near the top of the ATP Race To Milan. The 18-year-old Canadian gained 90 points at SW19, giving him 1,493 points on the year, good enough for second place.

The Race will determine seven of the eight players who compete at the 21-and-under event, to be held 5-9 November at Palalido Allianz Cloud in Milan, with the eighth place reserved for an Italian wild card.

Auger-Aliassime won his first Grand Slam match and made the third round at the All England Club, beating countryman Vasek Pospisil and #NextGenATP Frenchman Corentin Moutet before falling to Ugo Humbert of France in the third round.

All eyes were on the teenager, who has climbed 85 spots in the ATP Rankings since the start of the season, but Auger-Aliassime said he's become used to pressure during his young career.

Humbert (560 points) made the second week of a Grand Slam for the first time before falling to eventual champion Novak Djokovic. The 20-year-old left-hander surged to the eighth place in the Race with his career fortnight, passing Moutet (534 points).

View The ATP Race To Milan

Seventh-placed Miomir Kecmanovic (617 points) had one of the best stretches of his career on the grass. The Serbian made his first ATP Tour final at the Turkish Airlines Open Antalya (l. to Sonego) and then picked up his first Wimbledon win (d. Carballes Baena).

Greece's #NextGenATP star Stefanos Tsitsipas, who was upset in the first round at SW19, improved by 10 points and still paces the Race with 3,040 points. Tsitsipas is the Next Gen ATP Finals defending champion.

Auger-Aliassime's countryman Denis Shapovalov (805 points), American Frances Tiafoe (780) and Norway's Casper Ruud (693) round out the Race's top five. The trio lost in the first round at Wimbledon, but 2018 Next Gen ATP Finals runner-up Alex de Minaur of Australia (sixth, 640 points) beat three-time ATP Tour titlist Marco Cecchinato of Italy to return to the second round (2018, third round).