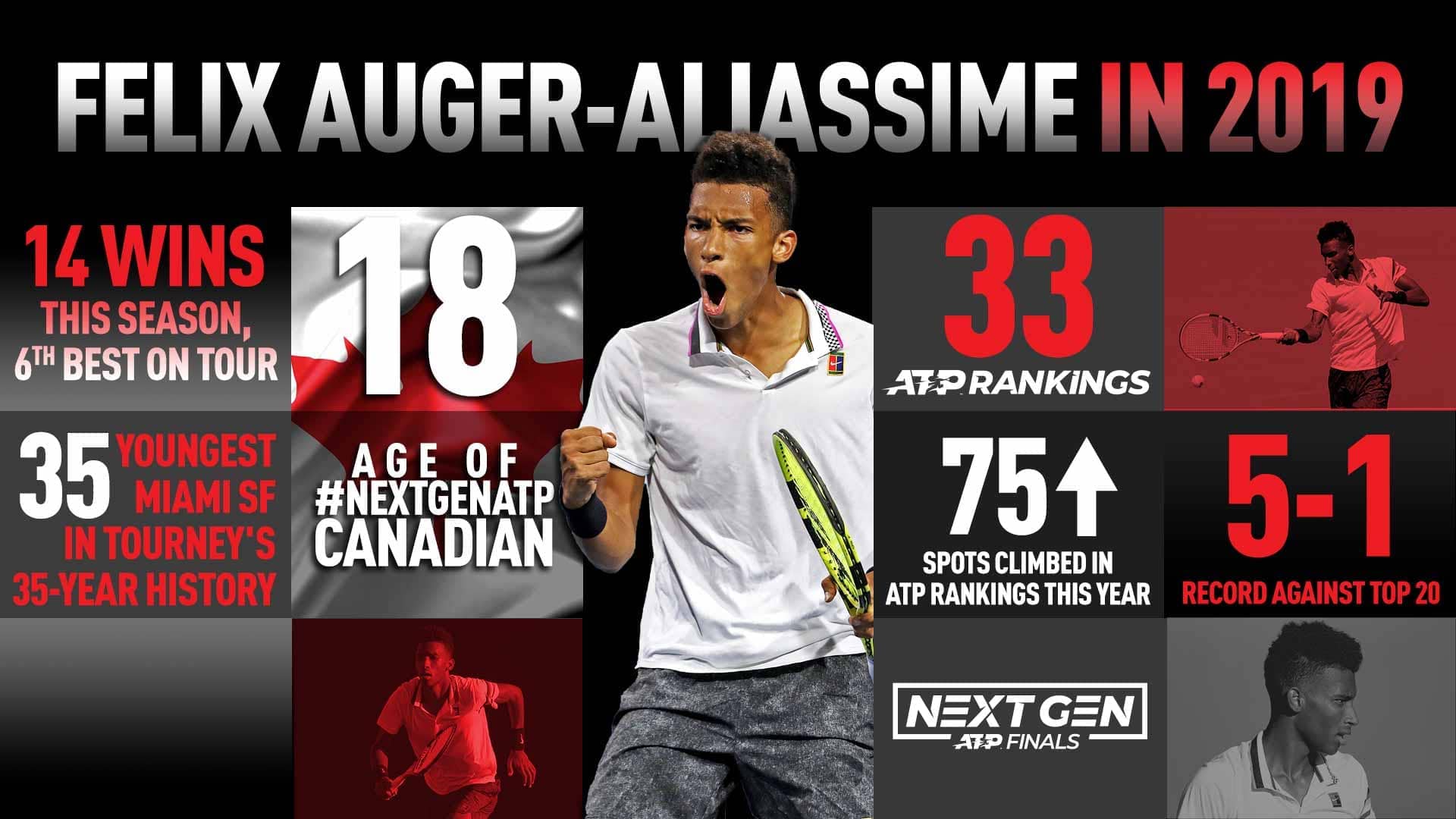 #NextGenATP Canadian Felix Auger-Aliassime has had a banner start to the 2019 season. © Getty Images/ATP Tour

Felix Auger-Aliassime has surprised everyone save for maybe himself with his fast start to the 2019 ATP Tour season. ATPTour.com presents the 18-year-old's rise by the numbers:

14: Number of wins Auger-Aliassime has through three months, sixth best on the ATP Tour.

18: His age. He's the youngest player inside the Top 100 of the ATP Rankings

2: Auger-Aliassime's place in the ATP Race To Milan, which will determine seven of the eight 21-and-under players who compete at the 2019 Next Gen ATP Finals, to be held 5-9 November in Milan. The eighth spot will be given to a wild card.

35: By making the Miami semi-finals, Auger-Aliassime became the tournament's youngest semi-finalist in its 35-year history.

Felix Against The Best