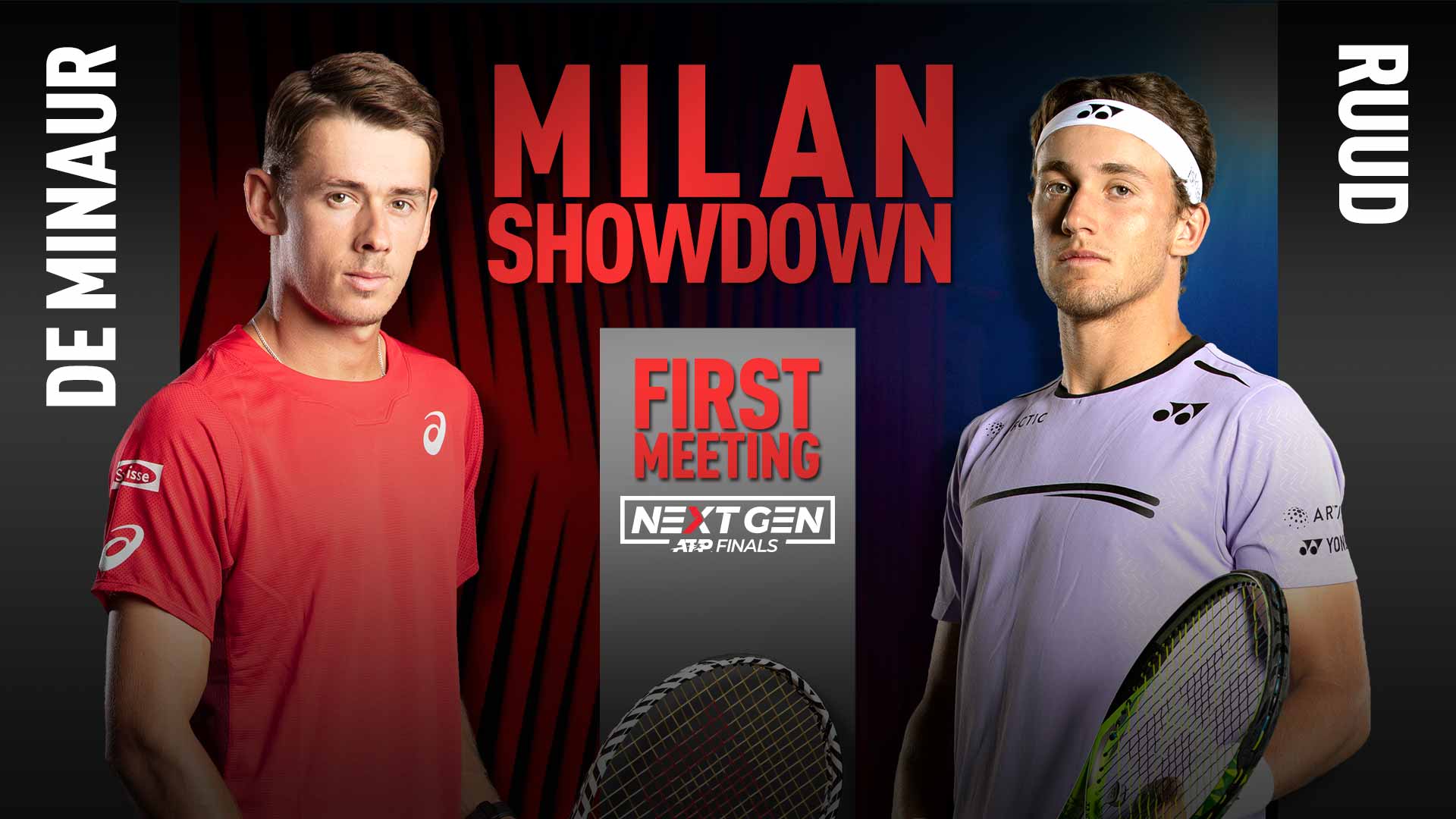 Alex de Minaur said on day one of the 2019 Next Gen ATP Finals that he feels like a completely different player during his return to Milan. The Aussie finished as runner-up last year to Stefanos Tsitsipas of Greece, and backed it up in 2019 with his first three ATP Tour titles (Sydney, Atlanta, Zhuhai).

But De Minaur has looked every bit as dominant during Group A play as he was last year during group action, when he went undefeated. The 20-year-old will try to go 3-0 again during group play on Thursday when he faces Norway's Casper Ruud.

“[Casper] played a hell of a match today and it’s going to be incredibly tough, but this is what we’re here for,” De Minaur said. “Everyone is playing at a high level, so I have to be ready for it.”

Kecmanovic, who is 1-1, will face Davidovich Fokina, who's going for his first Milan victory. The Serbian will come in second place in the group and advance to the semi-finals if he beats the Spaniard and De Minaur beats Ruud.

Davidovich Fokina, despite being 0-2, still has a chance to make the final two days of the award-winning 21-and-under event. But he needs to beat Kecmanovic in three or four sets to have a chance.

Ruud can reach the semi-finals, but he needs to win in straight sets and to have Kecmanovic beat Davidovich Fokina by any score. Ruud's other route to Friday features a win against De Minaur, by any score.

Read More: All Of The Milan Semi-Final Scenarios

Determining the two semi-finalists out of Group B, though, is much simpler, largely thanks to Jannik Sinner's dominating start. The 18-year-old Italian wild card dropped the first set he played, against American Frances Tiafoe on Tuesday, but has since reeled off six consecutive sets and became the first player to make the semi-finals with a 4-0, 4-2, 4-1 win against Sweden's Mikael Ymer on Wednesday.

The eighth-seeded Italian will meet third seed Ugo Humbert of France, who will look to end his season with a win. Humbert is 0-2 so far after falling in four sets to Tiafoe on Wednesday.

The American, who failed to make the semi-finals last year, will face Ymer in a win-or-go-home match. The winner will finish second place in the group behind Sinner. It will be the first FedEx ATP Head2Head meeting between Tiafoe and Ymer.