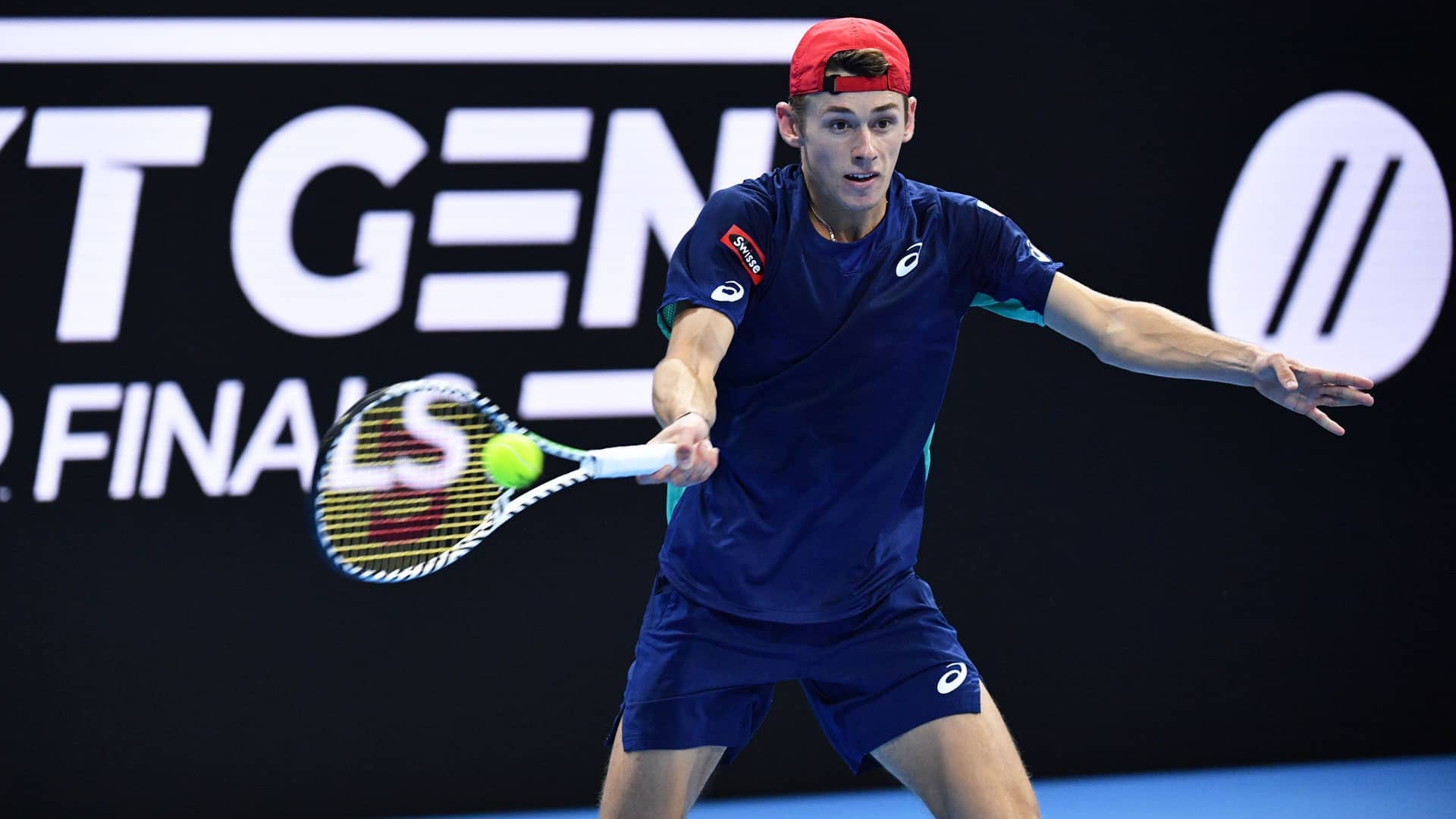 Alex de Minaur moves to 6-0 in round-robin play in his two appearances at the Next Gen ATP Finals. © Peter Staples/ATP Tour

Top seed Alex de Minaur produced his best performance of the week on Thursday at the Next Gen ATP Finals, firing 23 winners to reach the semi-finals with a 4-1, 4-0, 4-2 win over Norwegian Casper Ruud in just 61 minutes.

De Minaur clinched his spot in the last four after winning the opening set against Ruud. The Aussie finished 3-0 in Group A, marking the second straight year he’s gone undefeated in round-robin play at this event. His victory marked a record-breaking seventh win in Milan, breaking a tie with Andrey Rublev. Meanwhile, Ruud has been eliminated after dropping to 1-2.

"I knew from playing Casper before that he’d dictate any short ball without a purpose," De Minaur said. "The game plan was to play on my own terms, play aggressively, play different styles of tennis. The goal I had was [to take] any half-chance, go up and back myself at the net. I’m glad it worked out today. I’m looking forward to the semi-finals."

The Aussie arrived in Milan at a career-high No. 18 in the ATP Rankings. He used the momentum from his runner-up finish at last year’s event (l. to Tsitsipas) to spur a breakout season that includes his first three ATP Tour titles at the Sydney International (d. Seppi), BB&T Atlanta Open (d. Fritz) and Huajin Securities Zhuhai Championships (d. Mannarino). He further proved his mettle indoors by reaching the final two weeks ago at the Swiss Indoors Basel (l. to Federer).

Ruud won the first game of the match, but it would be the last time he held the momentum. De Minaur responded with a nine-game run, consistently using powerful forehands to set up winning volleys. The Aussie only lost four points on serve in the first two sets and continued to push Ruud well behind the baseline.

The Norwegian broke the streak in the opening game of the third set, but appeared frustrated with his struggle to win games despite hitting double the amount of winners (13) to unforced errors (6). Both players stayed even until De Minaur found an even higher level in the last game. In a match point that served as a microcosm of their clash, the top seed tracked down an overhead smash from Ruud and eventually produced a backhand winner to wrap up play.