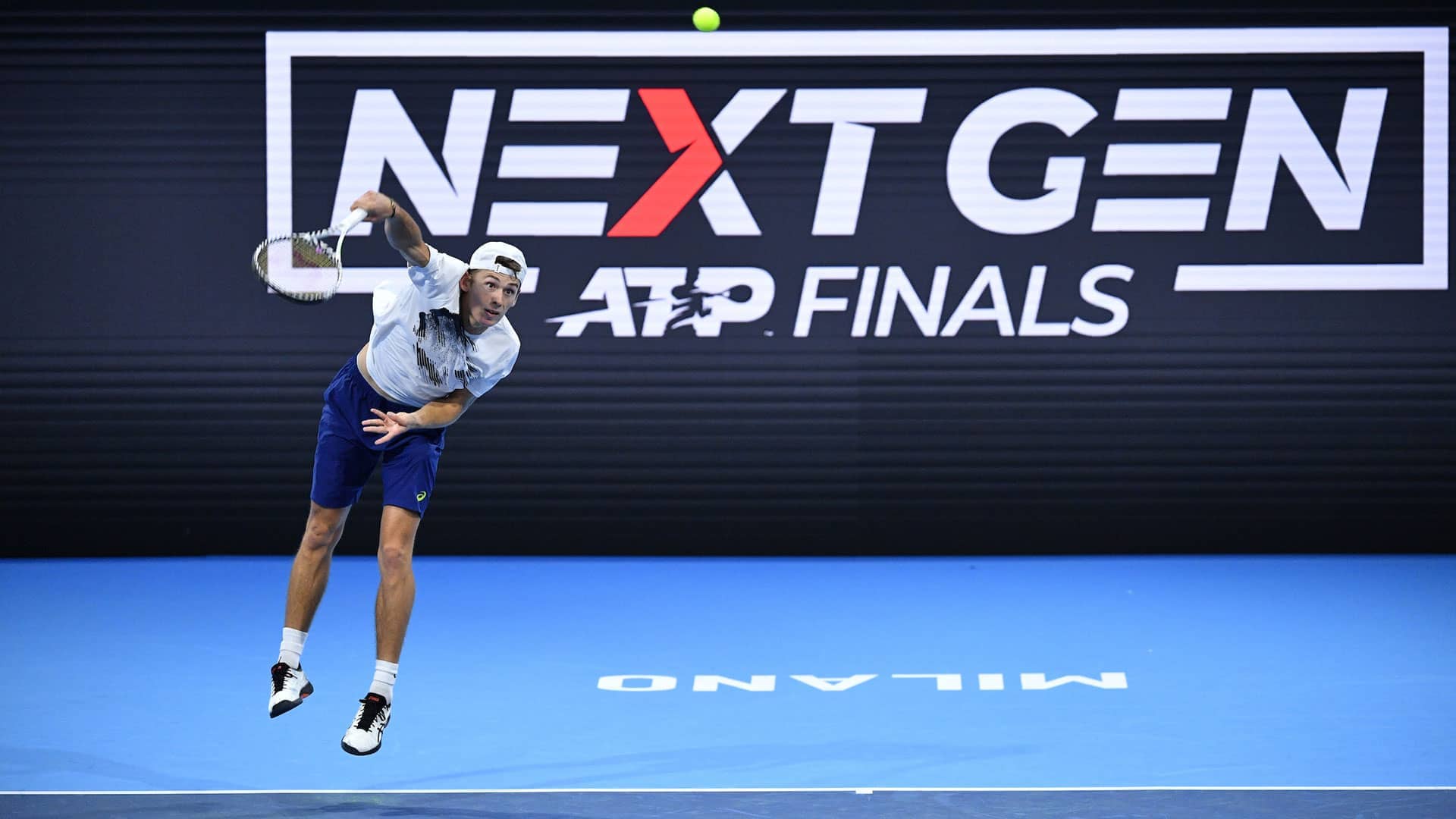 Alex de Minaur has posted a 14-5 record since the start of the US Open. © Peter Staples/ATP Tour

The experience of competing in the Next Gen ATP Finals has helped propel numerous rising stars forward in their careers, but even Alex de Minaur is surprised at how quickly he’s risen up the ATP Rankings this year.

He arrives in Milan at a career-high ATP Ranking of No. 18 after a banner year that’s included his first three ATP Tour titles in Sydney (d. Seppi), Atlanta (d. Fritz) and Zhuhai (d. Mannarino). De Minaur was one of the pack among his #NextGenATP peers in Milan 12 months ago, but has firmly established himself as the top seed this year.

“It’s been an unbelievable year and not one that I expected. I’m very happy with what I’ve been able to accomplish,” De Minaur said ahead of his first match on Tuesday against Spaniard Alejandro Davidovich Fokina. “I’m just happy to be here in Milan. I had a blast last year, so I’m looking forward to coming out here and competing again.”

De Minaur quickly took to the unique scoring format during his debut in Milan last year, sprinting through his three matches in Group B and then outlasting Spaniard Jaume Munar in a five-set semi-final. Although he lost to Stefanos Tsitsipas in the championship match, he credited that defeat with fueling his wins in the coming months.

“Finishing runner-up last season was a bit of a bittersweet ending,” De Minaur said. “I wasn’t able to get it done in the final, but it was a great end to a very positive year. I was able to bring that momentum to make sure I had a very positive pre-season and did all the right things.”

The fruits of De Minaur’s labour were revealed at the start of the year. The Aussie shrugged off an 0-2 record in tour-level finals to clinch his maiden ATP Tour title on home soil in Sydney. Rain pushed the semi-finals and final to Sunday, but he showed supreme fitness to become the youngest winner at the event since mentor Lleyton Hewitt took the title in 2001.

“It was one of the most incredible days to be able to win my first ATP Tour title in my hometown,” De Minaur said. “There were lots of nerves and different expectations coming into that week. I was able to play in front of family and friends. It was a very special tournament for me overall.”

Read More: 5 Big Things To Know Ahead Of The Next Gen ATP Finals

De Minaur’s relentless retrieving and fiery competitiveness have led to plenty of other special tournaments this year, but finishing his season with a title in Milan would be particularly memorable. But true to his character, he’s not getting ahead of himself. The Aussie brushed off any expectations fans may have of him as the top seed and said he’s solely focussed on his next match against Davidovich Fokina.

“Every match is completely different,” De Minaur said. “There’s been lots to learn from, but now I’m here in Milan and have to get ready for the match tomorrow. I’ve just been taking it day by day this year.”