De Minaur On Return To Form: 'It's Just A Matter Of Time' 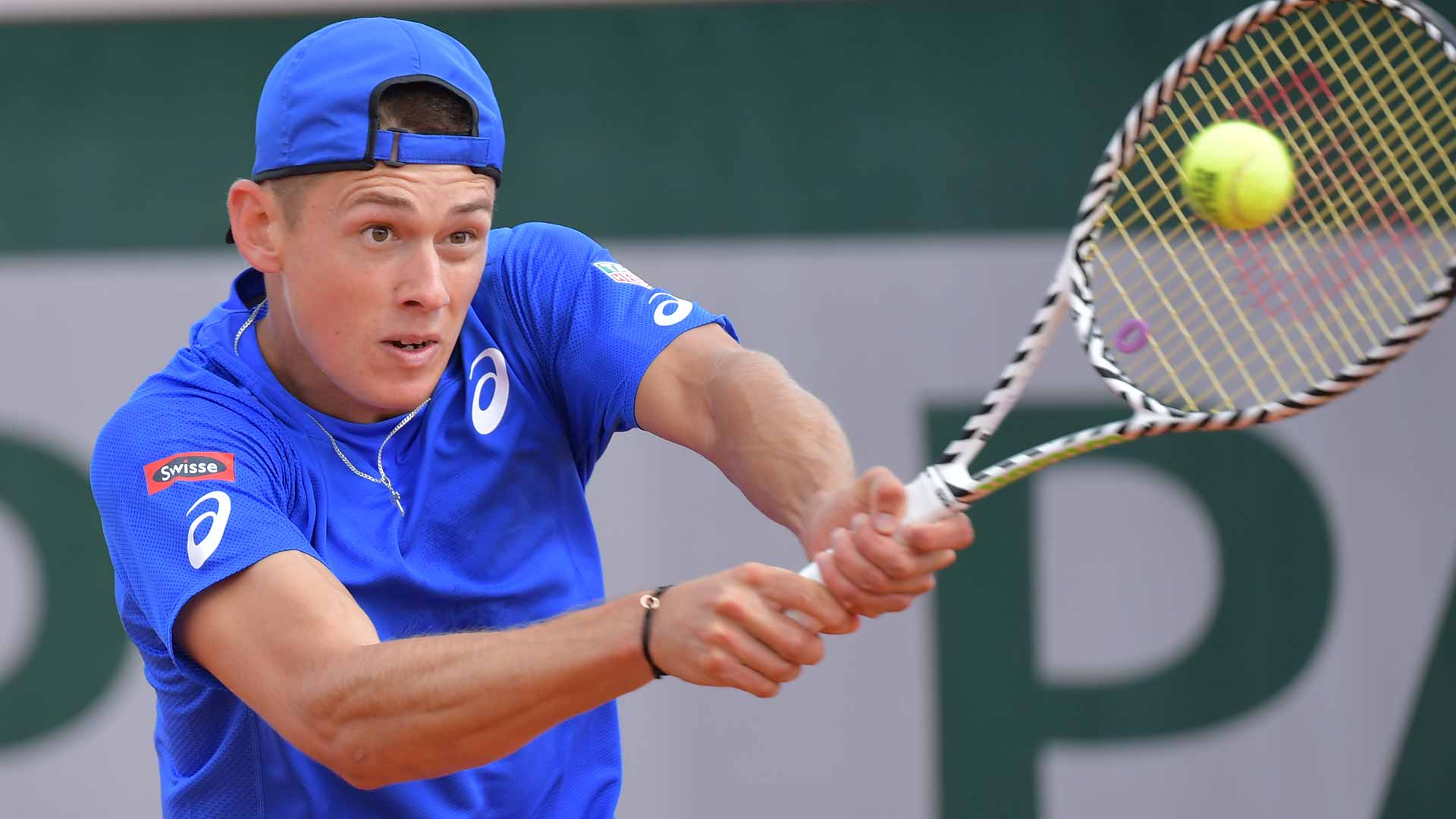 Alex de Minaur got used to playing through pain. Early this season, the #NextGenATP Aussie was suffering from a groin injury that nagged at him, but did not deter him. Flying high off a run to the championship match of the 2018 Next Gen ATP Finals and his maiden ATP Tour title in Sydney earlier this year, De Minaur climbed as high as No. 24 in the ATP Rankings at just 20 years old.

But the pain got worse. At the BNP Paribas Open, De Minaur was on anti-inflammatory medication, and he “could still barely move out there on court”. The 6’ right-hander’s game relies heavily on his supreme movement, yet he was struggling with a key part of his body that allows him to do so. After winning the first set 6-1, the Aussie lost in the first round at Indian Wells against World No. 217 Marcos Giron.

“That was when I was like, ‘I’ve got to stop’,” De Minaur, the third seed at this week’s BB&T Atlanta Open, told ATPTour.com.

De Minaur returned to his residence in Alicante, Spain, where for two weeks, he was okay with recovering. But then, the competitive juices began to kick in.

“I’m not used to being at home for that long and, I mean, us tennis players, we need to go out there and compete, at least me. I’m a very competitive person, and it was tough for me. I had my outlets. I was playing golf a lot. But still, I needed to get back on court,” De Minaur told ATPTour.com. “Obviously seeing people go ahead of you and guys are playing these tournaments and seeing the results they were doing and me not being able to actually even be able to be out there and competing, that was very tough.”

De Minaur missed less than two months, but perhaps more glaringly, he let slip his momentum. Since returning at the Millennium Estoril Open in April, the #NextGenATP star has lost five of his seven tour-level matches.

“You get told to prepare for it and how you’re going to feel and it’s nothing like you think it’s going to be,” De Minaur said. “You come back, it takes a lot out of you, a lot of time to recover, and then you expect you’re going to be back to the same level you left off, so it was very tough.”

The World No. 34 does not think he needs to reinvent the wheel to change his fortunes. He is working hard on and off the court daily, and giving his best effort to regain his momentum.

“[It’s] just confidence. Playing matches, playing the big points right. It’s something that you take for granted when things are going well. But when you have to stop and try to get back into it, it’s tough,” De Minaur said. “At the moment, I’m in a very good headspace. I feel like I’ve been training the house down, playing some great tennis. Now I’m just keen to go out there and compete and play some good tennis.”

The Sydney-born De Minaur will hope that starts at this week’s ATP 250 tournament in Atlanta, where he will face American Bradley Klahn or Romanian Marius Copil in the second round. A year ago on his debut here, De Minaur fell in his second match against five-time champion John Isner. But most importantly, he is happy to be battling out on the court.

“The beauty of this sport is that you have the highest of highs when you win, and the lowest lows. Just being able to keep grinding and getting that winning feeling, it overcomes any bad feeling you’ve had in the past month,” De Minaur said. “To just be tough, you’re playing against an opponent. It’s almost like war out there, you’re trying to prove that you’re tougher than him and you’re not going to give up, and that’s very powerful once you get off the court.” 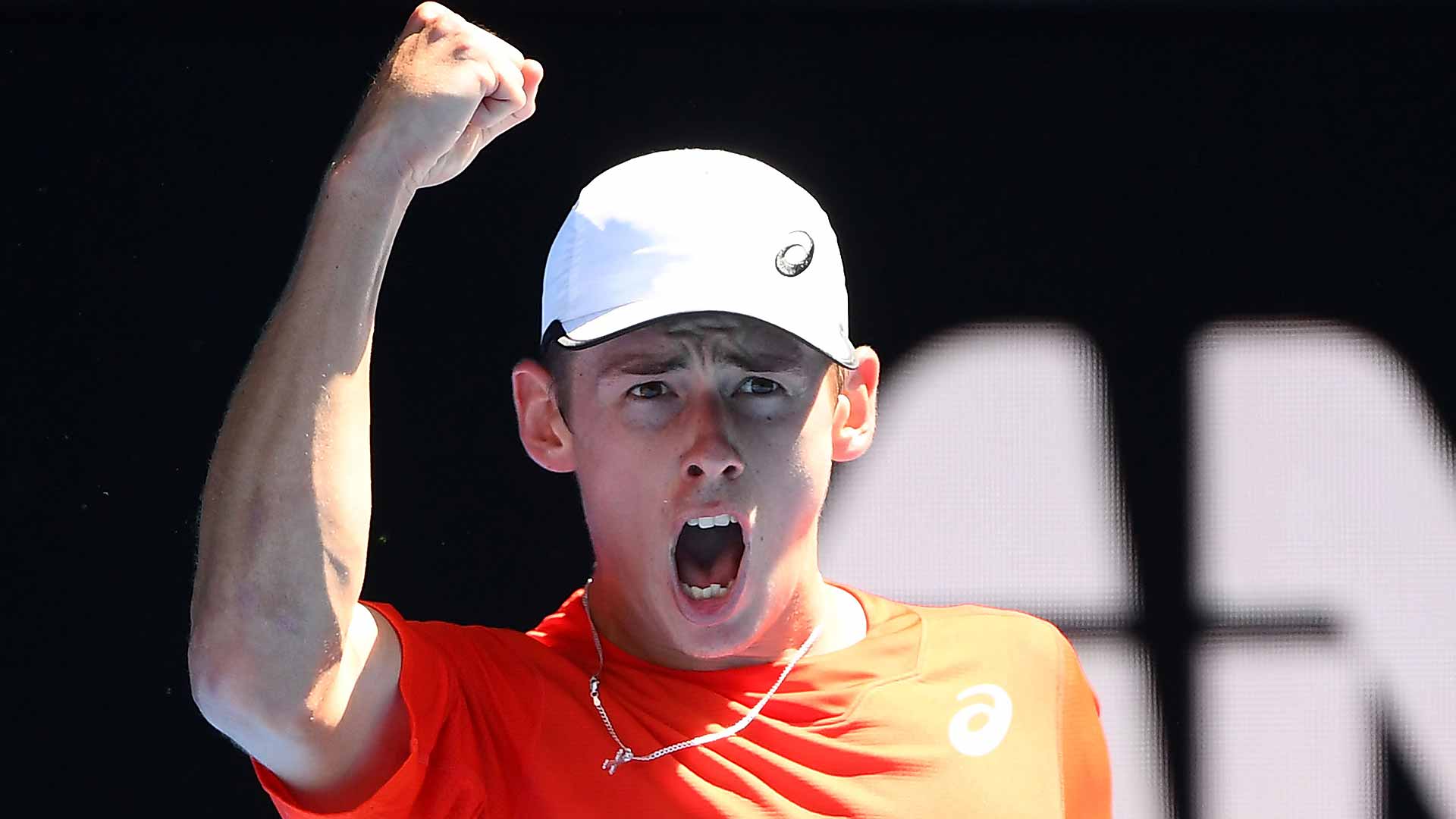 De Minaur isn’t thinking about returning to his career-high ATP Ranking or adding another title to his resume or even regaining the level that helped him ascend from outside the Top 200 at the start of last season well into the Top 50. His focus is as high as he can find.

“You can never be content. Even though I had an incredible rise, the next year is always 10 times harder because you’ve got to back up everything. Everyone knows you. Everyone’s out there to get you, so you have to keep improving every single day, and I feel like that’s what I’ve been doing and how I’m putting myself in great positions,” De Minaur said. “You’ve got to keep pushing until you get to the highest you can get. That’s the ultimate goal for anyone. I’m never going to be happy being where I am. I’ll always want to be even higher. That’s just my competitive spirit and willingness to just keep improving and keep getting better. It’s my passion and I’m fortunate enough to be able to call my job my passion, so it’s not that bad.”

And if De Minaur should lose early this week in the Georgia heat, the Aussie is not going to be overwhelmingly concerned. Last year’s Sydney and Washington, D.C. runner-up knows that it is simply back to work.