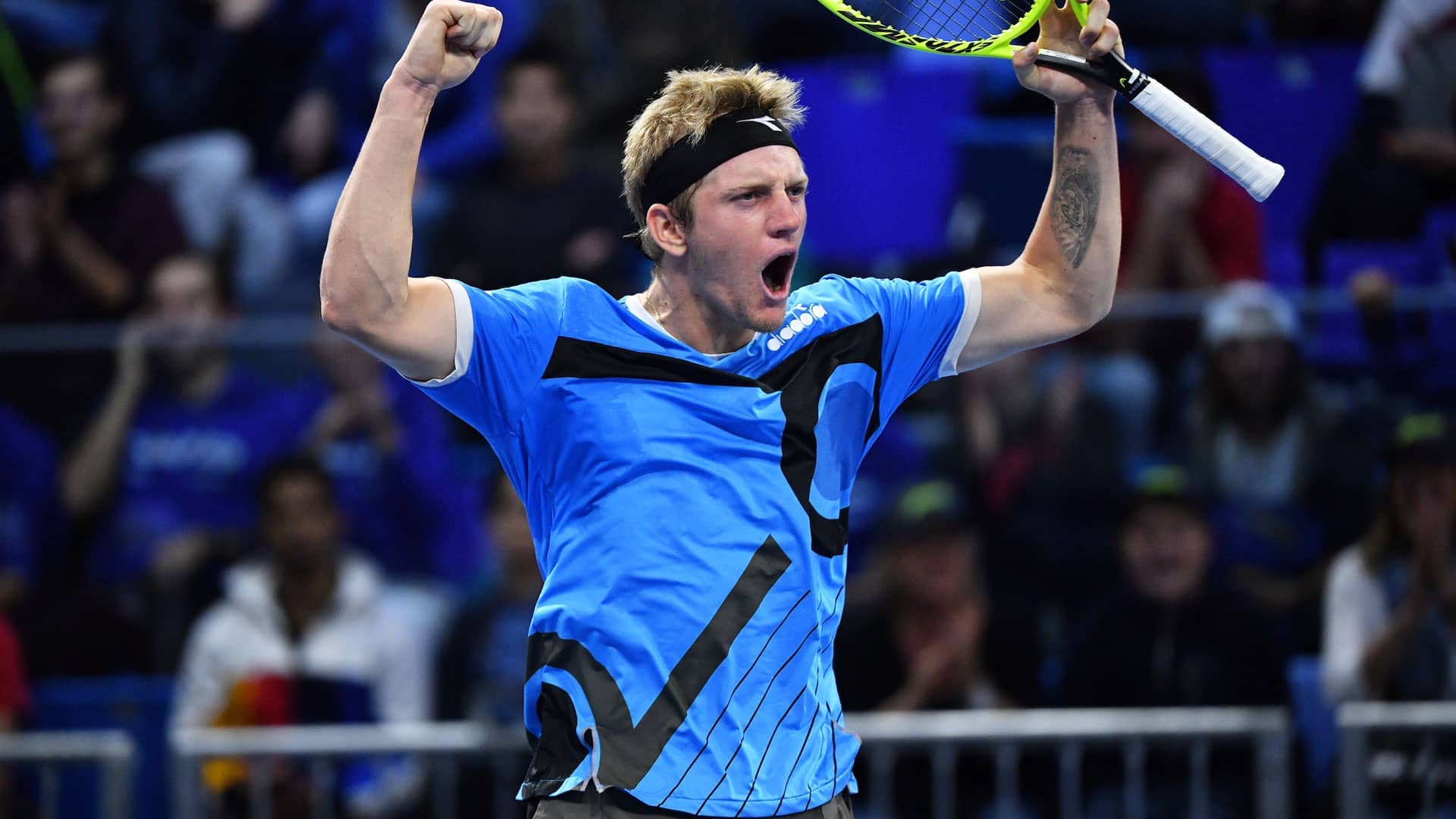 Alejandro Davidovich Fokina is fired up to end his season on a high at the Next Gen ATP Finals. © Peter Staples/ATP Tour

Alejandro Davidovich Fokina’s unexpected journey to the Next Gen ATP Finals in Milan is proof that one week can be life-altering for a professional tennis player.

Last week, the 21-year-old believed he had missed out on qualifying for this year’s event by one spot. But, after Davidovich Fokina pulled out of an ATP Challenger Tour event in Shenzhen, he took an 18-hour flight back to his home in Malaga to play the waiting game.

Three days later, Denis Shapovalov withdrew from from Milan due to fatigue and Davidovich Fokina took the last qualifying spot. The Spaniard plays his final match in Group A on Friday against Miomir Kecmanovic.

“I was very anxious waiting, checking [my phone] all the time, refreshing the page,” Davidovich Fokina said. “Then I got the call that I was in, so I called my mother and my coach right away. We were all so happy.”

His appearance at the Allianz Cloud is the cherry on top of a breakout season. He’s climbed more than 150 spots in the ATP Rankings this year and sits at No. 87 after picking up his first two Challenger titles in Seville and Liuzhou, in addition to reaching his maiden ATP Tour semi-final at the Millennium Estoril Open.

But in between the highs were some of the most difficult moments in Davidovich Fokina’s young career. The Spaniard was forced to deal with a prolonged losing streak after his inspired run in Estoril. After concluding a dominant junior career with the 2017 Wimbledon boys’ singles title and rapidly rising up the ATP Rankings since focussing on pro events, he hasn’t been accustomed to losing. The early exits were a blow to his psyche, but he dug deep to persevere.

“For three months, I didn’t win one [main draw] match and it was so tough to keep playing,” Davidovich Fokina admitted. “But I was working with my mental coach and we did a good job. I went back to Challengers at the end of the year and then my results were so good.”

The confidence from winning matches has been on display this week. Although he lost his first two round-robin matches to Alex de Minaur and Casper Ruud, his flashy shotmaking and fighting spirit won him plenty of new fans. Davidovich Fokina had the crowd firmly on his side during Wednesday’s clash with Ruud after fighting through a painful right knee injury he sustained mid-match to stretch the Norwegian to five sets.

But the Spaniard isn’t content to merely fill space in the draw. A win over Kecmanovic will keep him in the running to advance into Friday’s semi-finals. After tirelessly working all season to qualify for Milan, he’s not ready to leave yet.

“The crowd here is unbelievable,” Davidovich Fokina said. “It’s a little bit different when they’re moving around and screaming, but it’s been nice. I’ve really liked it.”