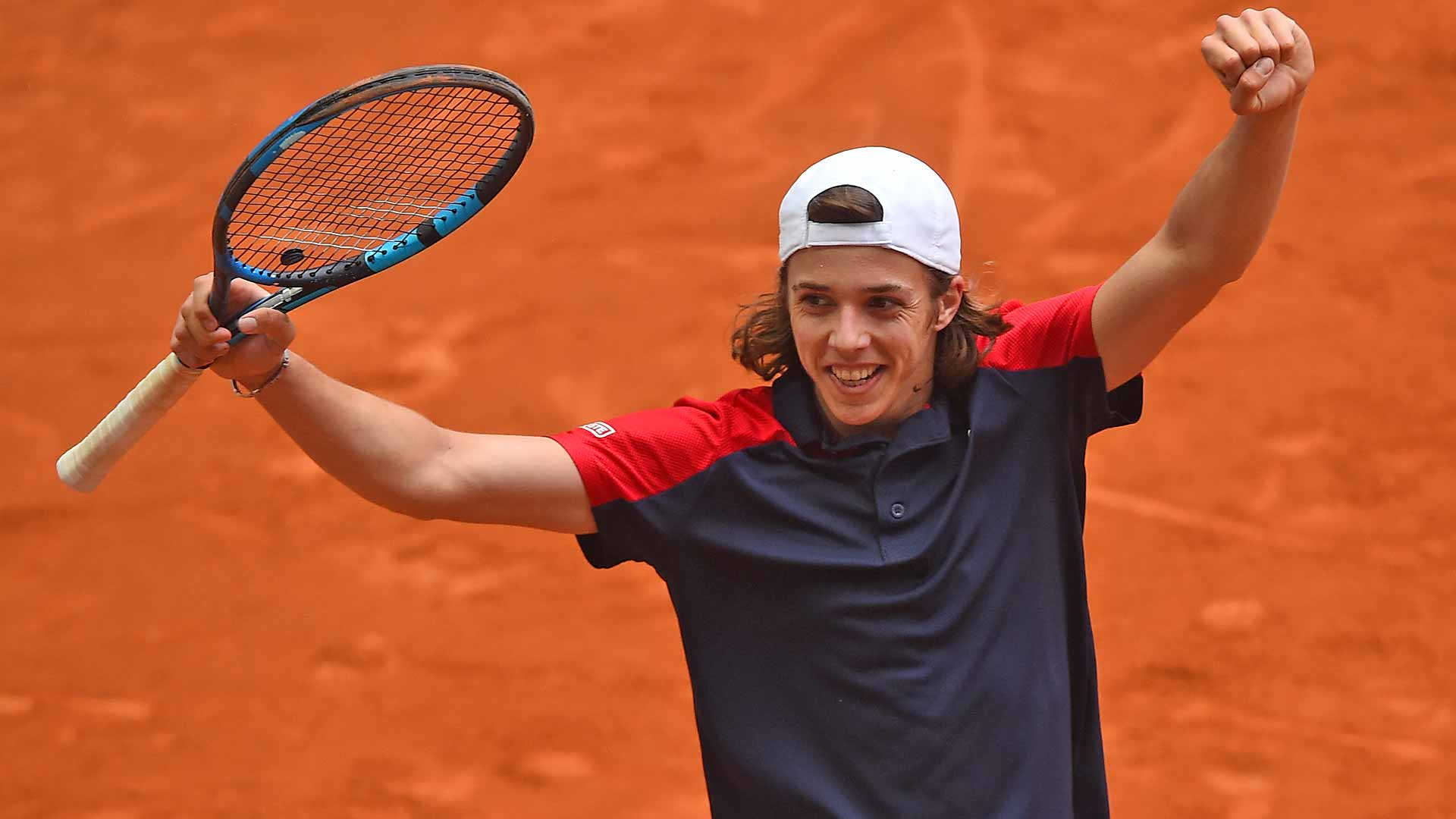 Arthur Cazaux, an 18-year-old who climbed as high as World No. 4 in the juniors, made an impressive start to his Mutua Madrid Open qualifying effort on Saturday. The Frenchman upset 20-year-old American Sebastian Korda 7-6(3), 6-4 to reach the final round of qualifying.

Cazaux is the No. 603 player in the FedEx ATP Rankings and he has never played a tour-level match. But the teen impressed inside Stadium 3, breaking Korda's serve three times to set a clash against Singapore champion Alexei Popyrin after one hour and 37 minutes.

This was Cazaux's fourth match in tour-level qualifying, and he had never previously won a set. Last year he fell against Aslan Karatsev in Roland Garros qualifying and he lost to Marton Fucsovics in the first round of Rolex Paris Masters qualifying.

In other action, #NextGenATP Italian Lorenzo Musetti moved past Moldovan Radu Albot 6-3, 6-4. The 19-year-old will next challenge Spaniard Carlos Taberner, who defeated Jordan Thompson 3-6, 7-6(6), 6-2, for a spot in the main draw.

The highest seed remaining in qualifying is second seed Yoshihito Nishioka, who battled past Uruguayan veteran Pablo Cuevas 6-4, 6-4. The Japanese lefty will play American Marcos Giron to move into the main draw.