Alcaraz On Winning Newcomer Of The Year: 'I'm So Happy' 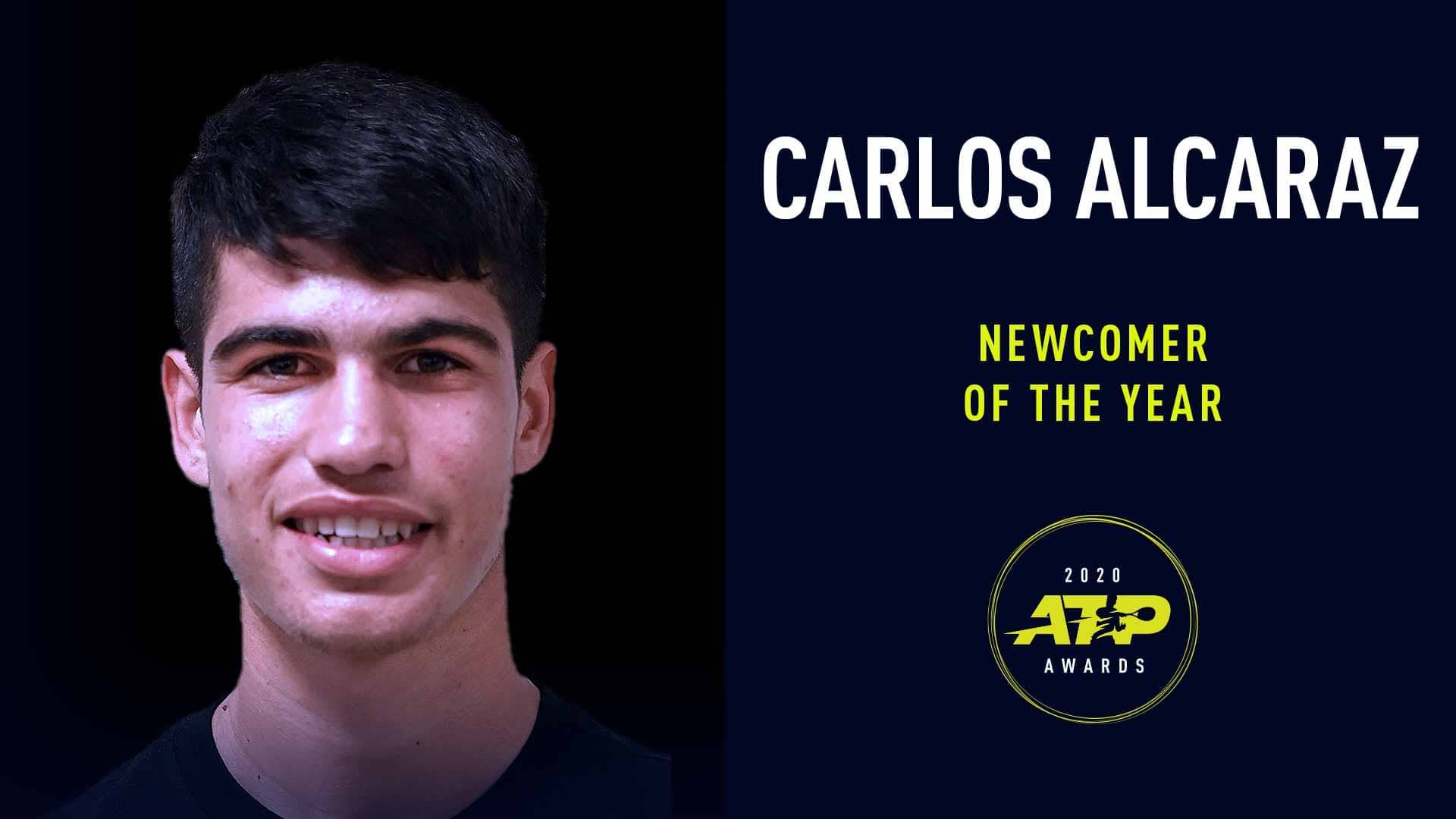 Carlos Alcaraz has been selected by fellow players as the winner of the Newcomer of the Year in the 2020 ATP Awards. The Spaniard received this honour for a breakthrough campaign in which he climbed 350 spots in the FedEx ATP Rankings to finish the season at World No. 141 after reaching a career-high of No. 136 in October.

“I wanted to thank the ATP and everyone who voted for me in the Newcomer of the Year Award. I’m so happy,” Alcaraz said. “Honestly, this wouldn’t be possible without my team. We did some great work this year despite the difficulties.

“I want to also congratulate all of the other nominees for this award. They’ve had a great year too and played at a high level, and I wish them the best of luck in 2021.”

There's nothing like your first #ATPAwards trophy! 🏆@alcarazcarlos03 is the 2020 Newcomer of the Year 👏 pic.twitter.com/3o5FoHYNpW

The 17-year-old, who was the youngest player in the year-end Top 200, claimed his first tour-level win in dramatic fashion, outlasting veteran Albert Ramos-Vinolas in three hours and 37 minutes at the Rio Open presented by Claro in February. That set the tone for the teen’s ascent.

Alcaraz made his Challenger breakthrough when he lifted the trophy in Trieste, but the best was yet to come as he arrived on home soil. The Spaniard lifted back-to-back Challenger trophies in Barcelona and Alicante – the latter sealed with his second Top 100 victory of the year in the final against Pedro Martinez. As a result, Alcaraz added his name to an exclusive club of players who have won at least three Challenger titles before turning 18, joining Richard Gasquet, Novak Djokovic, Juan Martin del Potro and Felix Auger-Aliassime.