Alcaraz Aiming Higher: ‘I Came To Marbella To Learn’ 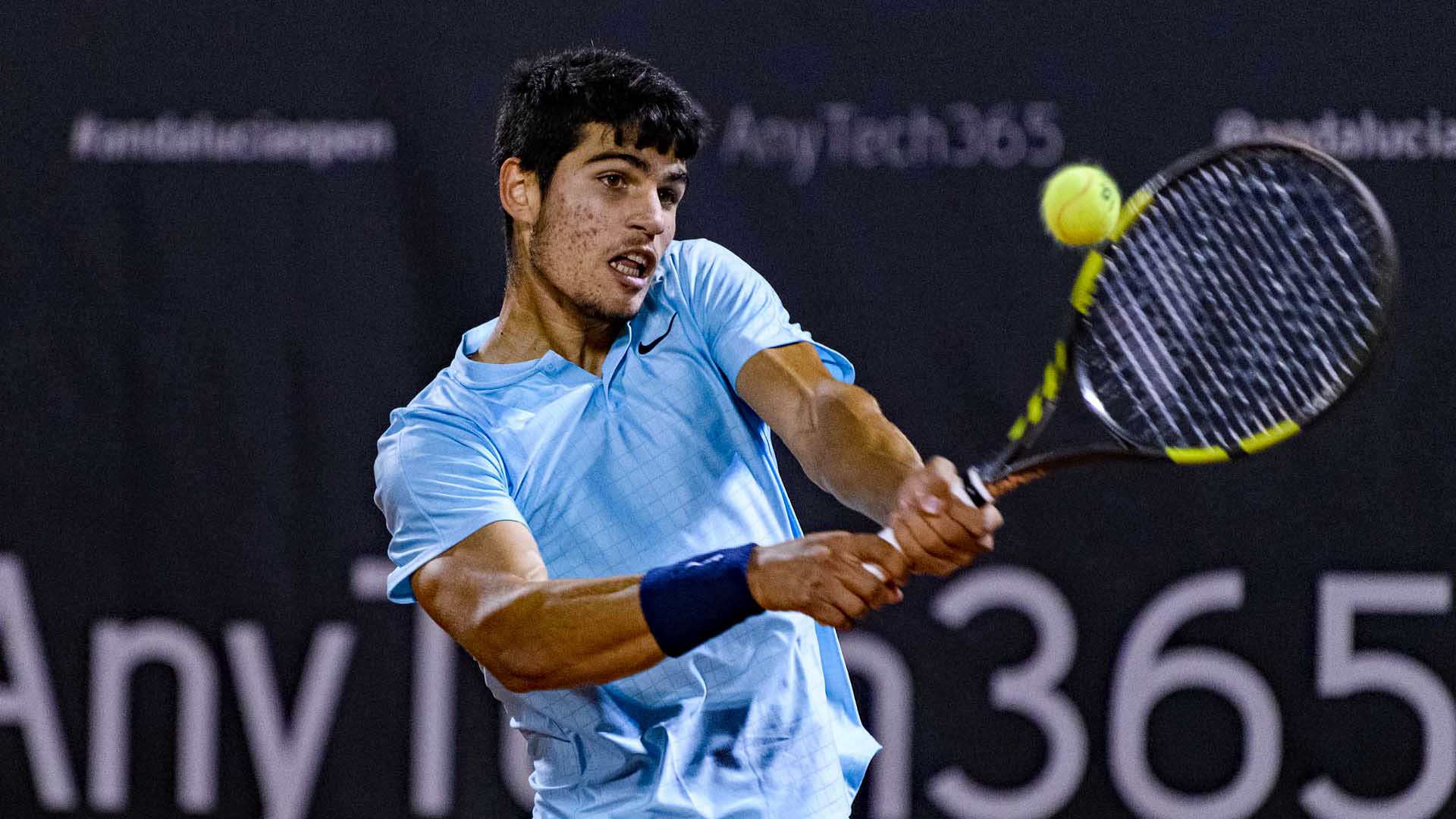 Carlos Alcaraz is used to being the underdog in his matches. The 17-year-old Spaniard has competed against older, higher-ranked opponents as he contests his first tournaments at tour-level.

In Marbella, where he reached his first ATP semi-final in his sixth main draw appearance, he also learned to bottle down his nerves as he progressed further into the tournament – and the spotlight.

But he never quite felt settled against countryman Jaume Munar in their hard-fought semi-final clash at the AnyTech365 Andalucia Open. More than just giving the hard-hitting teen a taste of his own medicine, Munar left Alcaraz without a Plan B for the first time this week to hand him a 7-6(4), 6-4 defeat.

“Munar is a great player. He played very well, and didn’t leave me with a lot of options,” Alcaraz reflected in his post-match press conference. “Nerves definitely had a role, because I wasn’t playing with clarity of thought. All I could think about was that I didn’t have any chances, that Munar was too solid – I was getting frustrated and wasn’t able to get out of it.

“I was only thinking about how badly I was playing, or the mistakes, and not seeing beyond them. In this case, I was actually pushing Munar very hard. But all I could see was that I was making errors, errors, errors, and couldn’t look past that.”

It was a refreshingly mature self-assessment from the 17-year-old, who was bidding to become the youngest ATP Tour finalist since 17-year-old Rafael Nadal in Auckland in 2004. Armed with a big forehand and hailing from Spain, Alcaraz’s rapid rise has regularly drawn comparisons to Nadal.

Alcaraz showed the same fearless determination on court to take down two seeded opponents, Spaniard Feliciano Lopez and No. 26-ranked Casper Ruud. He delighted Spanish fans in Marbella with his electrifying forehand winners and never-say-die attitude.

In the press room, another similarity to Nadal arose: rather than just hunting for positives, Alcaraz was determined to identify and correct his mistakes against Munar. An hour removed from the defeat, the loss still stung, but the Spaniard was already looking ahead.

“Of course, it would have been great to win today and play an ATP Tour final. But now that I’m thinking about things with a little more calm, I’m leaving here with more experience and with good feelings,” he said. “You have to be able to look at the positive side of things. At the end of the day, I came here this week to learn and play some good matches, and I think I’ve been able to accomplish that.”

“There is something that I can learn from with this defeat,” Alcaraz added. “I have to learn from these situations, so the next time I am in a situation like this, hopefully it can go differently.”

Currently No. 132 in the FedEx ATP Rankings, the Spaniard is making strides toward another major milestone: a spot into the Next Gen ATP Finals in Milan at the end of the season. Alcaraz is set to break the Top 8 with his performance in Marbella, seeking to qualify for the first time.

“Being able to qualify for the Next Gen Finals would be a very positive thing,” Alcaraz said. “It’s a reflection of the high level and hard work that I’ve been doing throughout the year. I hope to continue doing things well, working hard, and playing at a high level.