Felix On Wimbledon Loss: 'The Pressure Got To Me' 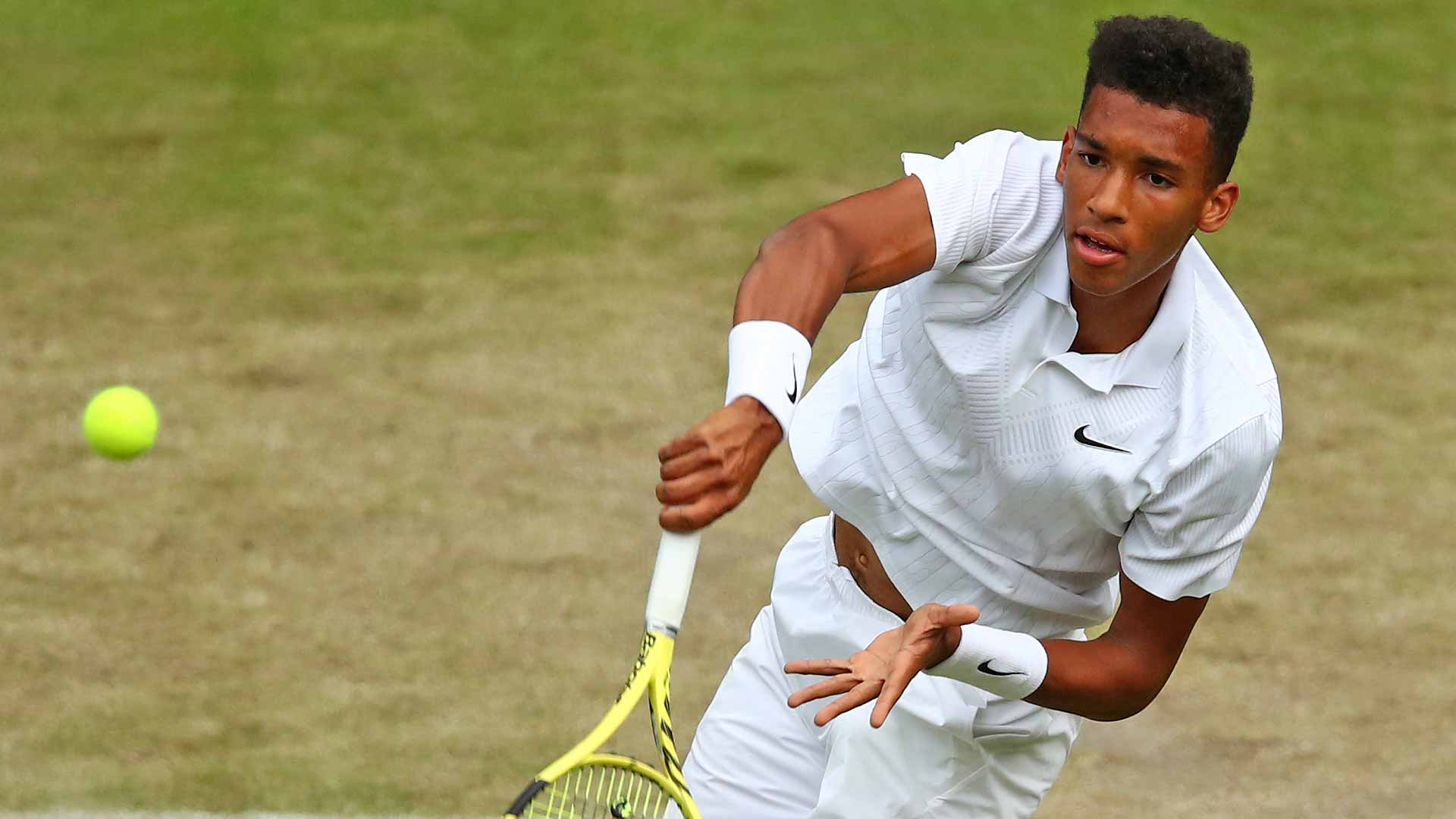 Felix Auger-Aliassime began his run at Wimbledon having never completed a Grand Slam main draw match, even though he is No. 21 in the ATP Rankings. Yet after showing good form in his first two matches, the Canadian was favoured to reach the Round of 16 heading into his third-round match with fellow #NextGenATP player Ugo Humbert.

But the 18-year-old was unable to find his best tennis against the Frenchman, falling in straight sets.

“Pressure got to me, and… it got to a point where it was a bit embarrassing,” Auger-Aliassime said. “It was just tough. I just wasn't finding ways. I think he just did what he had to do. It was solid.”

It wasn’t that Auger-Aliassime was struggling to find his level leading into the match. Despite this being his first professional grass-court season, the teen made the final at the MercedesCup in Stuttgart and the semi-finals of the Fever-Tree Championships at The Queen’s Club, where he was stopped by eventual champion Feliciano Lopez in three sets.

The No. 19 seed at SW19, Auger-Aliassime dropped a set against both Canadian Vasek Pospisil and another #NextGenATP Frenchman, Corentin Moutet, but he was never in serious trouble in either of those matches. He made 32 unforced errors against Humbert.

“Everything was fine. I mean, you never know once you step on court,” Auger-Aliassime said. “I started okay, with the right intentions. And then, I don't know… Today, it's weird to describe.”

More From The Championships
Novak Makes It An Even Dozen
Pella Beats Anderson, Now For Raonic
Goffin Guts Out Thriller

Auger-Aliassime appeared to have turned the tide when he took a 5-2 lead in the second set and served to even the match. But suddenly he threw in some uncharacteristic errors, and that was the only opening Humbert needed. The Canadian didn’t think that was the only moment that cost him the match, though. Credit also goes to Humbert for never giving Felix another opening.

“The first set was pretty bad itself,” Auger-Aliassime said. “I felt like the whole match was a turning point.”

Although Auger-Aliassime may be disappointed not to reach the second week of a major for the first time, there are still positives to take from his efforts; winning his first two Grand Slam matches, for one. This time last year, he was not even competing at Wimbledon, ranked No. 152 at the time. 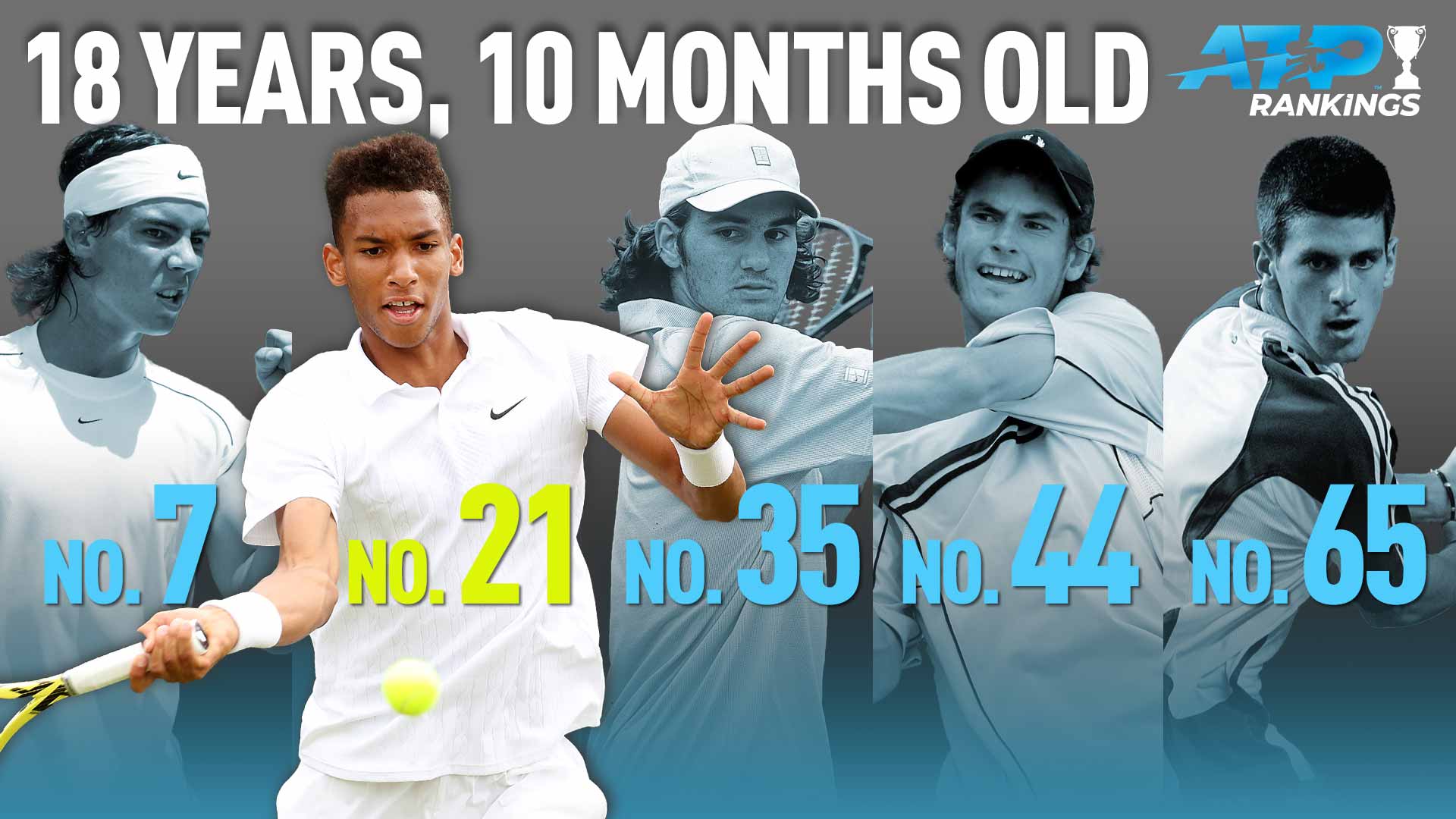 And some of the best players in the world have taken notice of the #NextGenATP star. Although Humbert will be facing Novak Djokovic, not Auger-Aliassime, the World No. 1 and four-time champion has certainly had his eyes on Felix.

“He's very impressive in many aspects. He's very mature for his age. Very, very nice guy. Good manners. Respectful. Wants to learn. He's very dedicated,” Djokovic said. “He's probably the one that I like the most from the young generation as a tennis player and as a person, I think. All the superlatives for him definitely. He's been impressive this year, everything he has done. Still a teenager, but he's one of the best players in the world. If you see the results from this year, he's one of the most consistent players.”