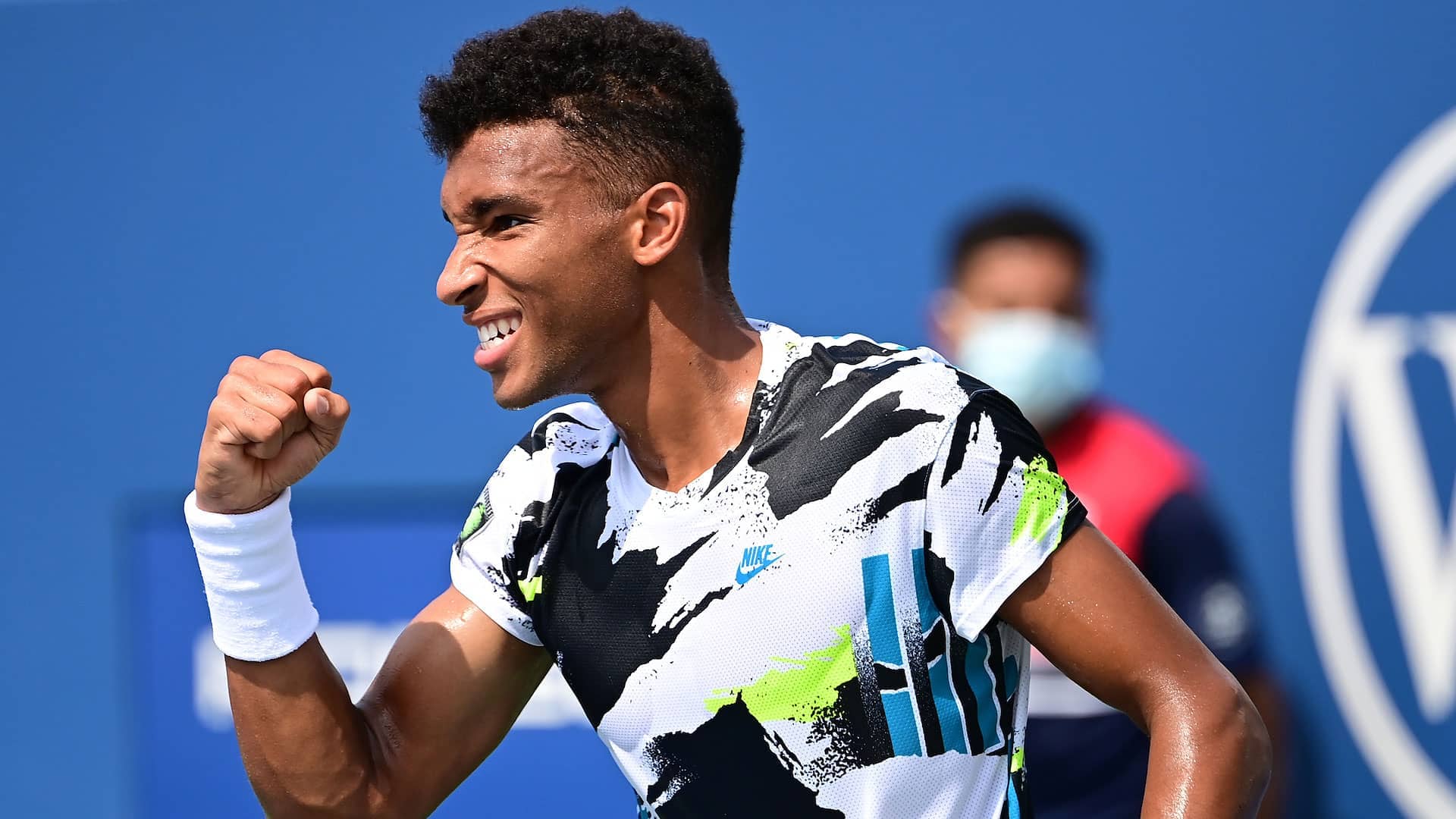 Felix Auger-Aliassime, the No. 15 seed, comes through his first match in 177 days on Saturday at the Western & Southern Open in New York. © Ben Solomon

Felix Auger-Aliassime overcame a nervous start at the Western & Southern Open on Saturday as the ATP Tour returned after a five-month suspension due to the global COVID-19 pandemic.

The 20-year-old Canadian extended his winning streak to 3-0 against big-hitting Nikoloz Basilashvili with a 6-4, 6-1 victory over 76 minutes, but he didn’t have things all his own way in a match that featured no line judges or fans at the USTA Billie Jean King National Tennis Center in New York.

"I am the first winner of 2020 part two, post COVID... I am happy to be playing again and to get a win," Auger-Aliassime told ATPTour.com. "I felt really good. Even though I had some nerves, starting again in different conditions than we are used to, I did the work in the last month and I felt like I had the resources in me to get the win today."

Auger-Aliassime, who has reached two ATP Tour finals in 2020 at the ABN AMRO World Tennis Tournament in Rotterdam (l. to Monfils) and at the Open 13 Provence in Marseille (l. to Tsitsipas), will next challenge Lorenzo Sonego or wild card Tennys Sandgren in the second round.

Auger-Aliassime started his first match since 27 February with an ace, but then proceeded to hit three double faults to fall behind. While the No. 15 seed recovered to win three straight games from an 0-2 deficit, including an 11-minute fifth game, Basilashvili came within one point of taking a 5-3 advantage in the first set.

Two double faults from the Georgian at 4-5 handed Auger-Aliassime the 48-minute opener and Basilashvili made the same mistake at 1-2 in the second set to hand his opponent a crucial advantage. Auger-Aliassime grew confidence on serve and finished the match having won five straight games.

"Nerves got to me a little bit in the first [set]," said Auger-Aliassime. "I didn't have such a great start... It was nerve-racking because I didn't know what was going to happen.

"The feeling I was missing was really the winning feeling. That is what you play for. Obviously we love to play, compete, hit good shots but, at the same time, we are competitors. We want the final result. We want the win. To be able to get that from my first match back, there is no greater feeling. That confidence, that feeling inside of you, there is nothing that compares to it."

Struff, who will next face No. 12 seed Denis Shapovalov, broke serve twice in a first set that ended with De Minaur hitting a backhand into the net. The German took advantage of a double fault from De Minaur at 3-3 in the second set to break with a powerful forehand.