Jannik Sinner broke once in each set to beat Marc-Andrea Huesler on Wednesday in Sofia. © Sofia Open/Lap.bg

Jannik Sinner powered his way into his fourth tour-level quarter-final of the season on Wednesday by defeating lucky loser Marc-Andrea Huesler of Switzerland 6-3, 6-4 in 78 minutes at the Sofia Open.

The 19-year-old Italian broke once in each set — at 4-3 in the first set and at 3-3 in the second set — for his 16th match win of the season. He lost just five of his first-service points (32/37) and now takes on sixth-seeded Australian Alex de Minaur. It will be a repeat of the 2019 Next Gen ATP Finals, which Sinner won 12 months ago.

"He's a very solid player, moving very fast," said Sinner, looking ahead to the De Minaur quarter-final. "I think he, for sure, improved a lot. He improved and I improved. It's going to be a completely different match from last year at the Next Gen [ATP Finals].

"He's going to change something for sure, maybe me as well. I still have to prepare how to play against him. But the basic plan is always the same: try to serve well, try to [make] him move, playing deep. Those are the basics and then you have a little bit it depends which opponent you play. For sure it's the toughest match so far here for me. I'm looking forward to tomorrow." 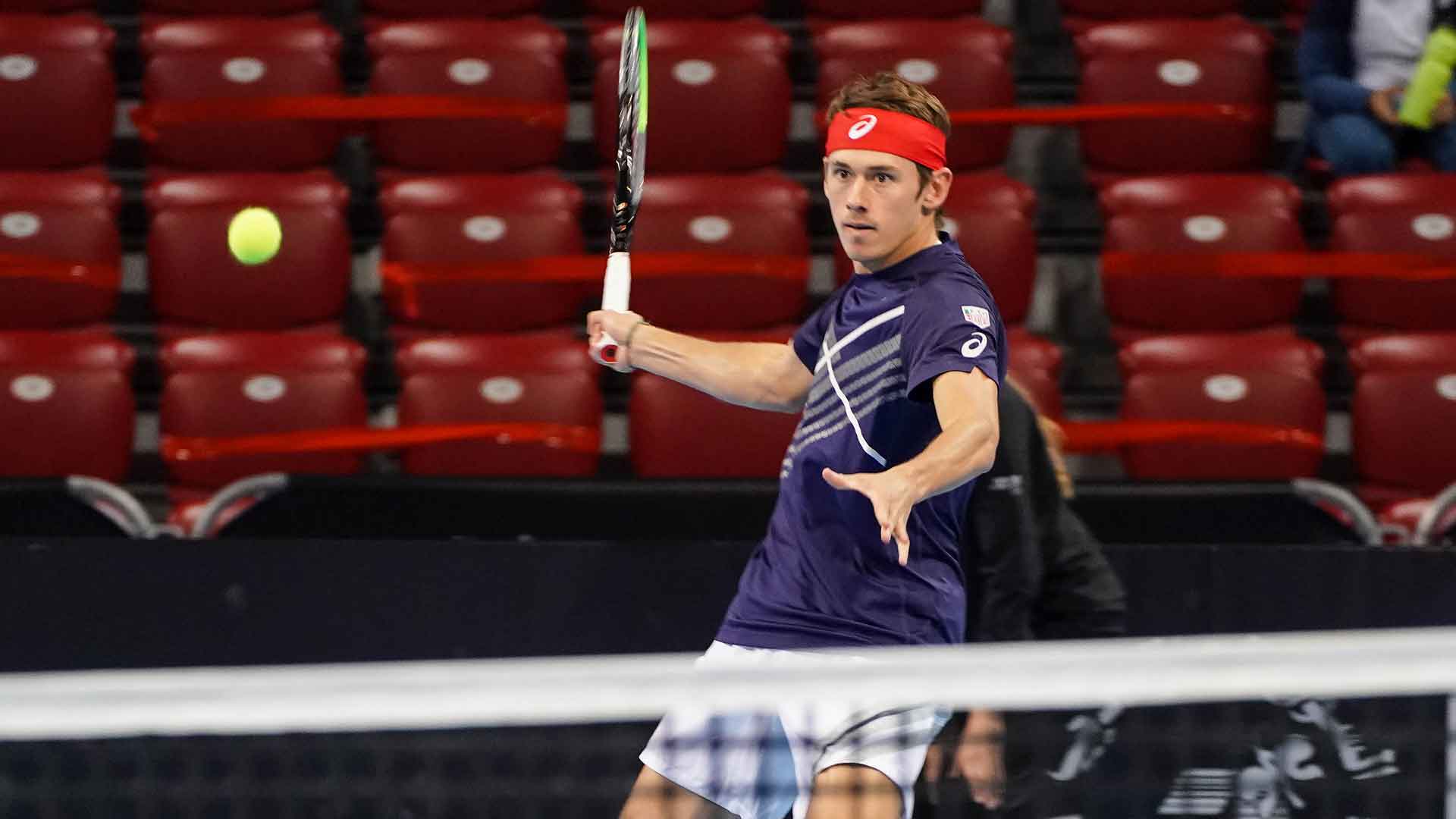 De Minaur saved six of eight break points to beat qualifier Aslan Karatsev of Russia 6-4, 7-6(5) in one hour and 51 minutes. The 21-year-old, who reached the European Open final in Antwerp (l. to Humbert) last month, recovered from 3-5 down in the second set and saved two set points at 4-5, 15/40.

"I'm obviously very happy with the win today against a very, very tough opponent," said De Minaur. "It was an incredibly tricky match and I’m very happy I was able to get the win and have a good, positive start to my Sofia Open."

Fifth-seeded Frenchman Adrian Mannarino recorded his 13th match win of the season to overcome Egor Gerasimov of Belarus 6-4, 7-6(6) in one hour and 47 minutes and now challenges Moldovan Radu Albot, who beat top-seeded Canadian Denis Shapovalov in the second round on Tuesday.

Sixth-seeded Australian John Millman dug deep to beat Gilles Simon of France 7-5, 6-7(3), 6-2 in three hours and 15 minutes. Millman recovered from 2-4 down in the first set and could not convert two match points at 6-5 in in the second set. The 31-year-old captured his first ATP Tour title at the Astana Open in Nur-Sultan (d. Mannarino) on 1 November. He now faces Canada’s Vasek Pospisil.

“I feel tired now,” said Millman. “I've played with Gilles in Sydney before and hit with him a lot. He is so physical and hard to hit winners against. You know you’re going to be in a bit of a war against him. Gilles uses pace so well and you need to be patient. He feeds off people overplaying and he is so good at closing the court up.”