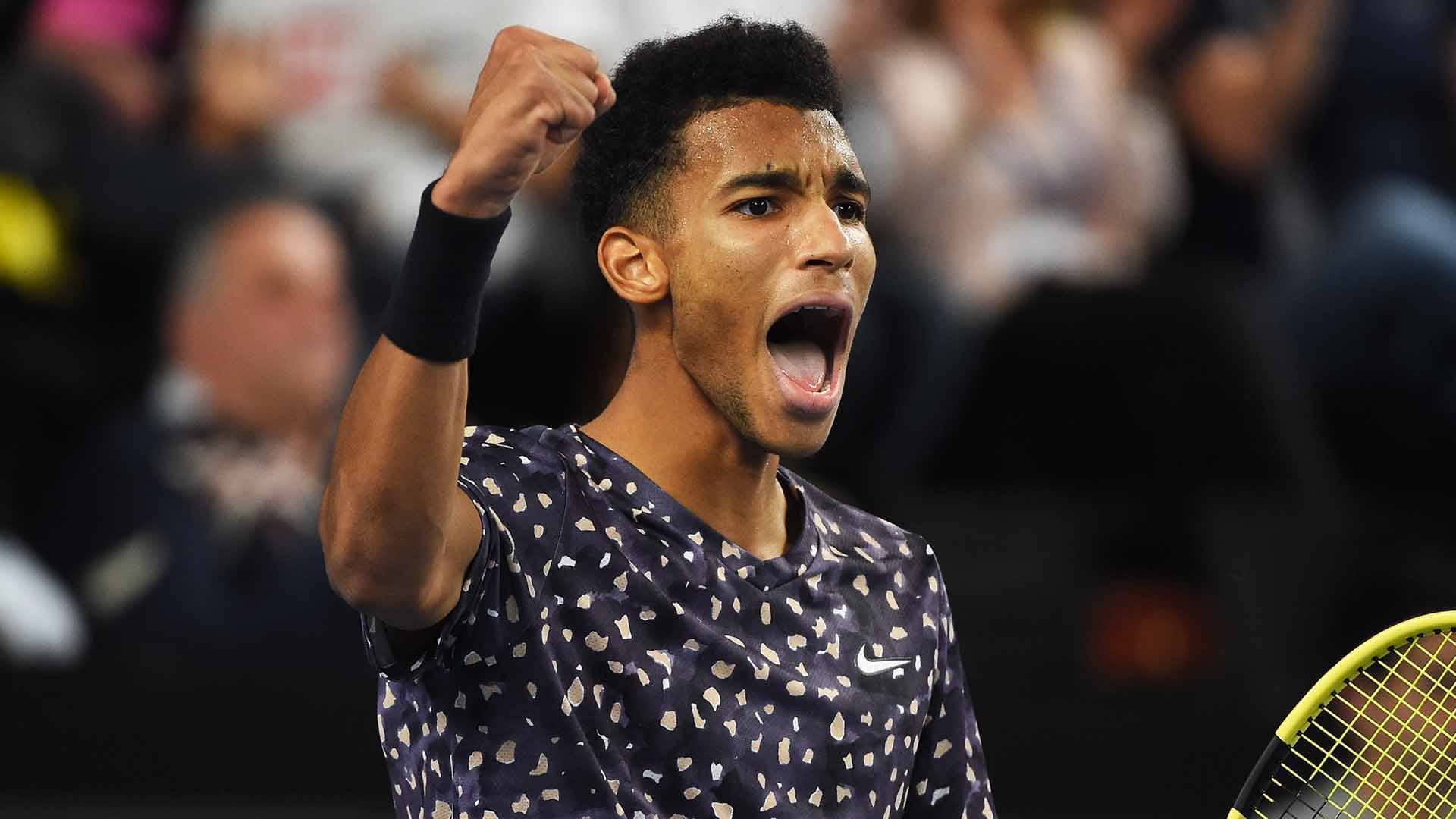 Felix Auger-Aliassime advanced to his second ATP Tour final in as many weeks on Saturday, beating Gilles Simon 7-5, 7-6(2) at the Open 13 Provence in Marseille.

Auger-Aliassime has saved five match points en route to the championship match in Marseille. The World No. 18 survived two of them in his first-round encounter against Stefano Travaglia, before saving three match points in his second-round clash against Pierre-Hugues Herbert.

“Things are working for me, but I also think I have the correct mindset at the moment,” said Auger-Aliassime. “I am fighting on every point and keep insisting, especially when it’s not working. It’s another proof that working hard pays off and I am very happy to have won that first set and win in two sets today.”

Auger-Aliassime leads Tsitsipas 2-1 in their ATP Head2Head series. The 19-year-old beat the reigning Nitto ATP Finals champion in Indian Wells and at The Queen’s Club last year, but Tsitsipas triumphed in the pair’s most recent meeting four months ago in Shanghai.

“I play tomorrow in my second consecutive final,” said Auger-Aliassime. “I have a different opponent from last week in Rotterdam. With Stefanos, we have a lot of history. We know each other well, but I am going to take it like any other tennis match and tomorrow I will try to do everything to win the title.”

After committing four consecutive errors to drop serve at 2-3, Auger-Aliassime raised his game to move one set away from the final. From 2-5 down in the opener, the Canadian found success with a series of powerful forehands to earn back-to-back service breaks. Auger-Aliassime ripped a forehand approach up the line to convert his first set point.

“Another comeback today, I am starting to get used to it,” said Auger-Aliassime. “I told myself during the match that if I have been able to do it this week, I should be able to do it again today.”

In a second set dominated by serve, Auger-Aliassime proved the more consistent player in crucial moments. From 1/1 in the tie-break, the Canadian held each of his three service points before landing a forehand winner to earn four match points. Simon committed a double fault to end the semi-final encounter.

Simon was bidding to reach his third Marseille final by recording his 30th victory at the ATP 250 tournament. The 35-year-old owns more victories in Marseille (29) than at any other tour-level event.