Felix Flies Past Schwartzman In Rome 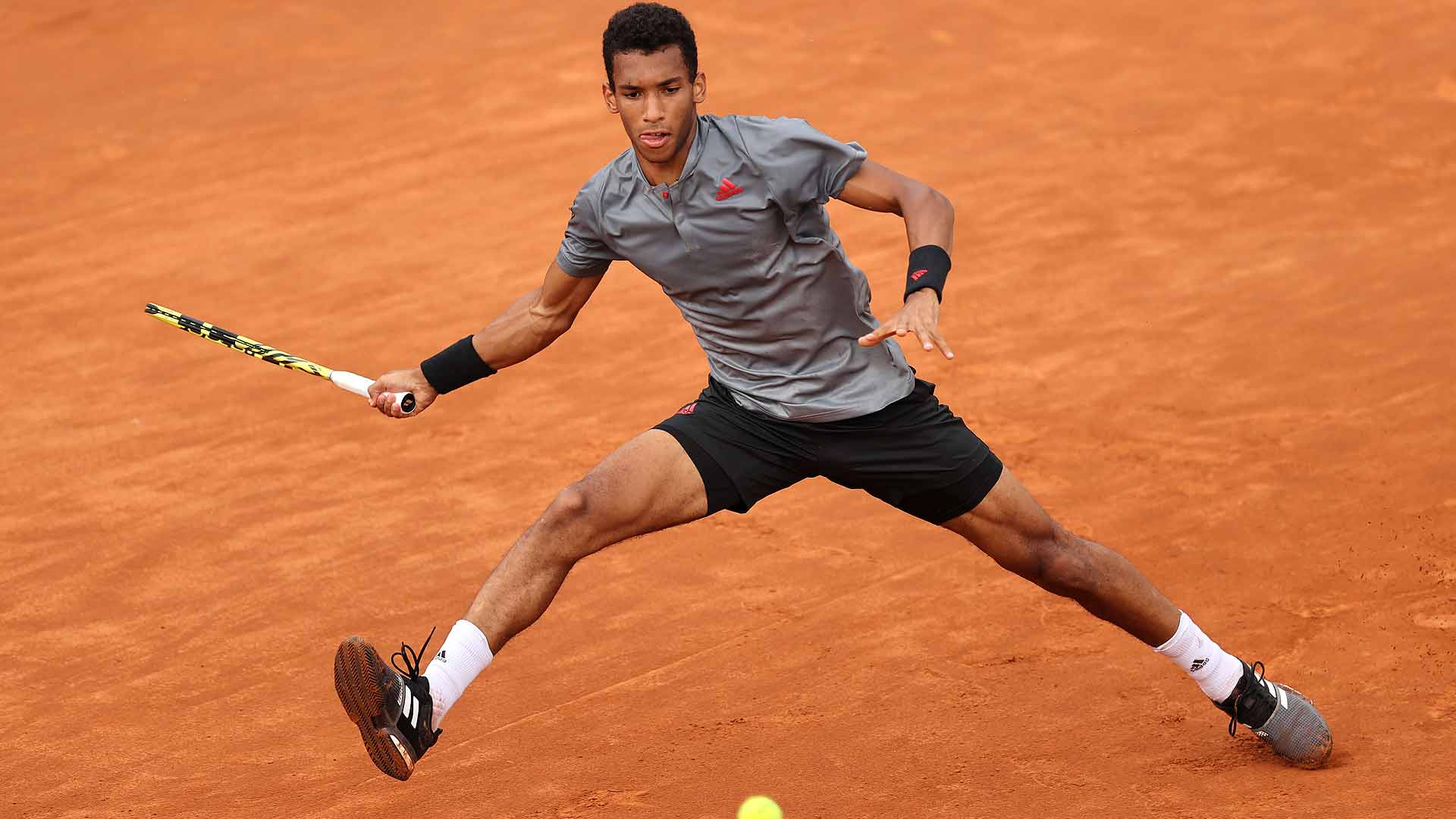 Felix Auger-Aliassime earned his third Top 10 win on Tuesday, powering past World No. 10 Diego Schwartzman 6-1, 6-3 to reach the third round of the Internazionali BNL d'Italia in Rome.

The first time these two met, last year in Cologne, Schwartzman clawed past the #NextGenATP star after two hours and 32 minutes in conditions seemingly more suitable for the Canadian. But at the Foro Italico, in heavy conditions, it was Auger-Aliassime who played better, claiming five of his six break points to triumph after 64 minutes.

"It was tricky conditions overall. A lot of rain, heavy conditions. I think maybe it suited me better. I think he was struggling to find openings on the court," Auger-Aliassime said. "I took advantage of that. I kept going for my shot with no hesitation, stuck to my game plan. I was able to do that well outside of the little bit of slump in the second."

Last September, Schwartzman enjoyed one of the best tournaments of his career in Rome, defeating Rafael Nadal in the quarter-finals and Denis Shapovalov in the semi-finals to reach his first ATP Masters 1000 final. But on Tuesday, he hit just one winner to 25 unforced errors and was never able to dig into the match against the 20-year-old.

Auger-Aliassime protected his serve well in the rainy conditions, winning 67 per cent of his second-serve points. And the seven-time ATP Tour finalist put pressure on the Argentine's serve, pouncing early in rallies and stopping Schwartzman from finding a rhythm. The eighth seed only won 40 per cent of his service points.

This is Auger-Aliassime's first Top 10 victory since eliminating Stefanos Tsitsipas at the Queen's Club in 2019, and he is now 3-15 against the elite group. The World No. 21 will next play 12th seed David Goffin or Argentine qualifier Federico Delbonis.

"Of course, Diego is a tough opponent always. Again, sometimes matches against those ranked 20, 30, 40, are tougher," Auger-Aliassime said. "Most of the time players in the Top 10 are tough. For me it's just two men trying to win. That's really what it is."