Felix: 'The Nerves Are Always There' 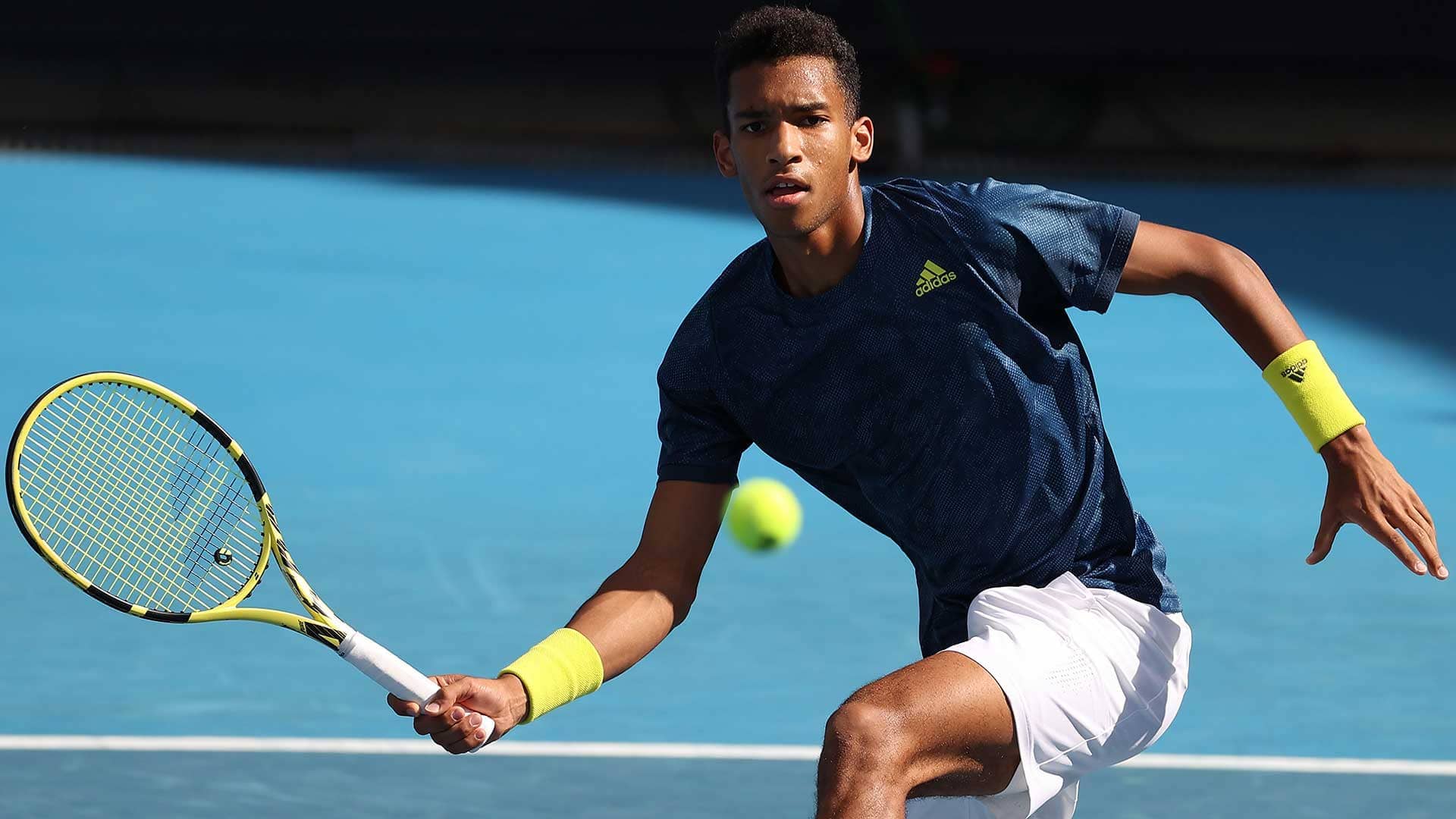 Felix Auger-Aliassime hopes that being more mature and consistently better will help the Canadian capture his first ATP Tour title on Sunday at the Murray River Open.

The 20-year-old, who has dropped one set in four matches at the ATP 250 tournament in Melbourne Park this week, admitted, “I'm being more and more mature with how I play, being steadier. My feeling is that I'm able to bring more consistency through the matches [each week].

“My goal this year [is to] bring my best level every week and really do the things that are in my control really well. So I do feel like I'm a better player than I was 12 months ago. Hopefully we can play somewhat of a normal season this year and I can have consistent results."

Auger-Aliassime reached three finals in 2019 at the Rio Open presented by Claro (l. to Djere), the Open Parc Auvergne-Rhone-Alpes Lyon (l. to Paire) and the MercedesCup in Stuttgart (l. to Berrettini). He also finished runner-up at three ATP Tour events last year - the ABN AMRO World Tennis Tournament in Rotterdam (l. to Monfils), the Open 13 Provence in Marseille (l. to Tsitsipas) and the bett1HULKS Indoors in Cologne (l. to Zverev).

“The nerves are always there,” said Auger-Aliassime. “I'm well aware of my record, but I think tomorrow is another match. It's another match-up. I had very difficult match-ups in my past finals in terms of [FedEx ATP] Ranking… I played opponents that are on paper better than me… This time it's different, but it doesn't mean that it gets any easier.”

Auger-Aliassime will play Evans, who will also be seeking to capture his first ATP Tour crown, for the first time on Sunday.

Looking ahead to the final, Auger-Aliassime, said: “He had an impressive win today [over Jeremy Chardy]. I wasn't sure he was going to take that one… It shows how good he is as a player. He's been [around] for a very long time. He's been steady [and] I know he has a lot of weapons in his game. He's able to do a lot of good things, so I'm going to prepare myself to [face] the best of him.”

When asked whether the 20-year-old wanted it too much, Auger-Aliassime said: “I think you need to want it quite a lot. I think when I want it a lot, I'm going to bring my best focus on every point. I'm going to try to be steady in what I do, to be focused from the start.”

Kids in Togo wanted to thank Félix Auger-Aliassime for #FAAPointsForChange project and sent him some messages of encouragement for his first match of the season 😍 Come on Félix!@felixtennis @BNPParibas @CAREfrance pic.twitter.com/L8UzrVqI5l

Auger-Aliassime will certainly have support in his father’s home country of Togo, who benefit from the #FAAPointsForChange initiative, which the Canadian set up at the start of 2020. He announced he would donate $5 for every point he won in 2020 and 2021 to EduChange, who partnered with humanitarian organisation CARE.

“It's been almost exactly a year [since we started],” said Auger-Aliassime. “I'm really proud of the start of the work that we've been doing. It's a work in progress. We just recently reached 5,000 points on my part, times $5 every point. And being paired with my partner [BNP Paribas], that is also adding $15 on every point, we're raising quite a lot of money for schools, villages, for kids in Africa and Togo, specifically.

“It's a great thing. I'm proud of the work. I'm proud to have put that in place. It's always something I wanted to do. I wasn't sure how early in my life/career I was going to be able to do that, but the fact that it's already in place and moving forward nicely is something I'm really proud of.”