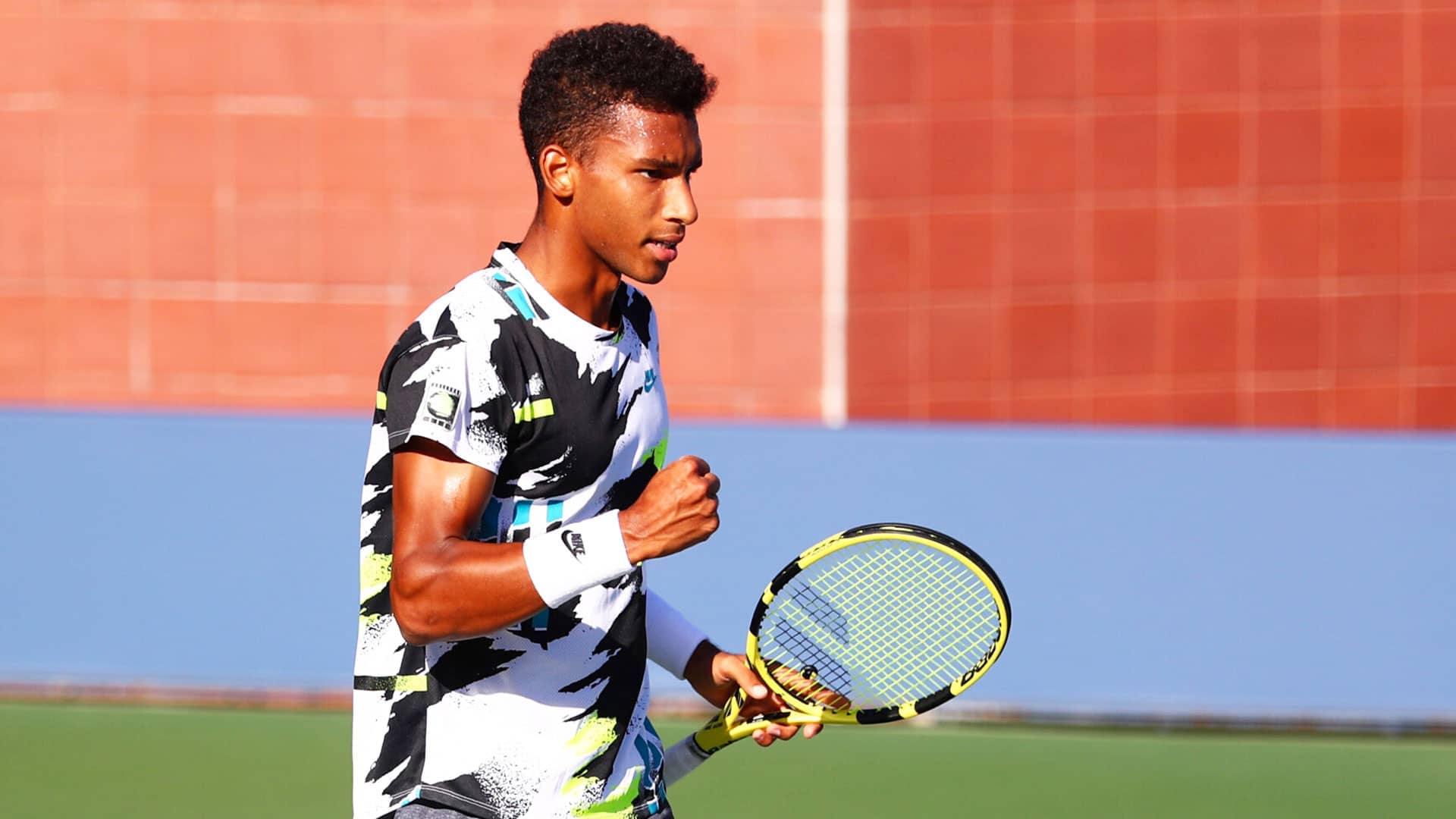 Felix Auger-Aliassime advances to the second week of a Grand Slam for the first time at the US Open. © Adam Glanzman/USTA

History has been made at this year’s US Open with three Canadian players reaching the second week of a Grand Slam for the first time. After Denis Shapovalov and Vasek Pospisil advanced to the fourth round with thrilling five-set victories, No. 15 seed Felix Auger-Aliassime completed the Canadian hat trick with a dominant performance on Saturday.

Some players struggle to maintain momentum after a big win and suffer a letdown in their next match, but Auger-Aliassime is not one of them. Two days after defeating 2012 champion Andy Murray under the lights in Arthur Ashe Stadium, the No. 15 seed picked up where he left off in dismantling fellow #NextGenATP player Corentin Moutet 6-1, 6-0, 6-4. Auger-Aliassime advanced to the second week of a major championship for the first time and improved to 2-0 in his ATP Head2Head series with Moutet.

"That's not his usual level. The third set was more normal [for him]," Auger-Aliassime said on court after the match. "As much as I'm happy to be leading 6-1, 6-0, you've got to stay in it. He's going to fight and try different things. I was able to play well in the right moments and I'm happy because I played even better than when we played last year."

Even when Auger-Aliassime was in firm control, his intensity never wavered. The Canadian pumped his fist after winning shots and let out a roar upon closing out the match after one hour and 56 minutes.

"With my physical abilities, my psychological abilities have to match it. I have to step it up and show confidence. I'm here to impose myself," Auger-Aliassime said. "Outside the court, I think I'm a pretty kind person. But once I step on court, it's the best man that wins. You've got to step it up with that killer instinct."

He awaits the winner of second seed Dominic Thiem and No. 31 seed Marin Cilic, the 2014 champion at this event. He’s never played Thiem and lost to Cilic in their lone ATP Head2Head meeting last year at the Citi Open.

"I'm happy with the way I handled my past three matches, losing very little energy and winning in straight sets," Auger-Aliassime said. "Both [players] would be tough, but I think Thiem would be an interesting match for the future years."

Auger-Aliassime continued his barrage of baseline blasts against Moutet, cracking 34 winners on the day. The 20-year-old could do no wrong on Court 17, grabbing the first five games of the match and responding to Moutet getting on the scoreboard by going on a seven-game run.

The Canadian consistently used his powerful first serve to set up one-two punches with his forehand. There were even moments of flashy brilliance. He converted a break point at 4-0 in the second set by hitting a tweener, then scampered up to the net and tracked down Moutet’s drop shot with a forehand passing shot winner.

Auger-Aliassime’s lone blip came when he dropped serve at 2-1 in the third set, but he responded by immediately breaking Moutet in the next game. He comfortably served out the match on his first try after Moutet hit his 30th unforced error of the day.