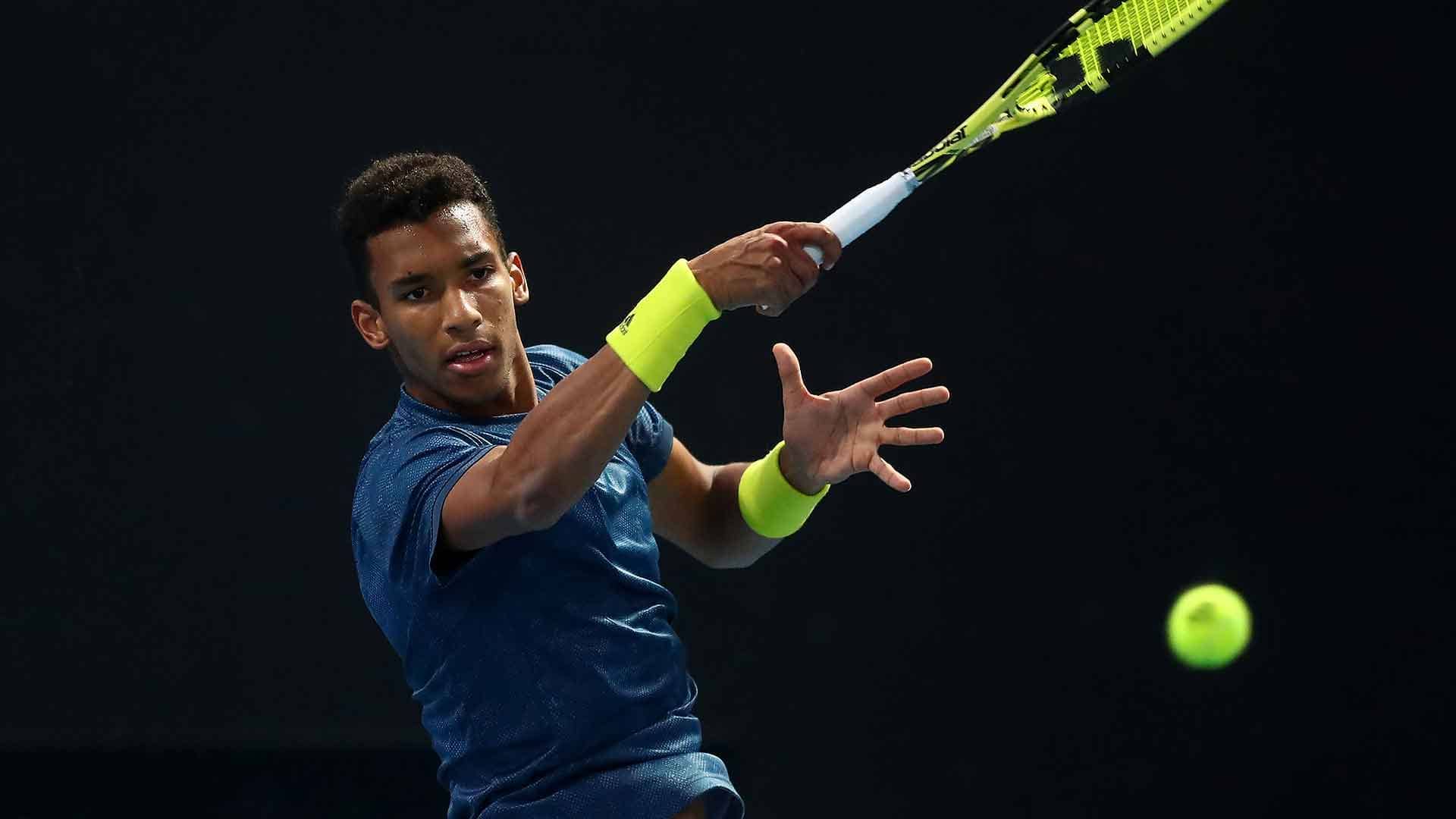 Third seed Felix Auger-Aliassime will attempt to reach his seventh ATP Tour final on Saturday when he plays Corentin Moutet of France at the Murray River Open.

Auger-Aliassime, who saved one match point against Egor Gerasimov of Belarus in a 3-6, 6-3, 7-6(6) victory over two hours and 12 minutes earlier on Friday, earned his place in the last four when Czech Jiri Vesely retired due to a left shoulder injury. Auger-Aliassime had won the first set 7-6(3) in their quarter-final.

The 20-year-old Auger-Aliassime compiled a 23-19 match record in 2020, which includes three runner-up finishes at the ABN AMRO World Tennis Tournament in Rotterdam (l. to Monfils), the Open 13 Provence in Marseille (l. to Tsitsipas) and the bett1HULKS Indoors in Cologne (l. to Zverev).

Auger-Aliassime leads Moutet 2-0 in their FedEx ATP Head2Head series, including victories at 2019 Wimbledon and the 2020 US Open.

Earlier on Friday, Moutet had advanced to the last eight with a 7-6(4), 6-4 third-round victory against Australia’s James Duckworth. Dimitrov knocked out Alexei Popyrin 6-4, 6-7(5), 6-3 in two hours and 23 minutes.