Felix: "I Have To Keep Going Forward" 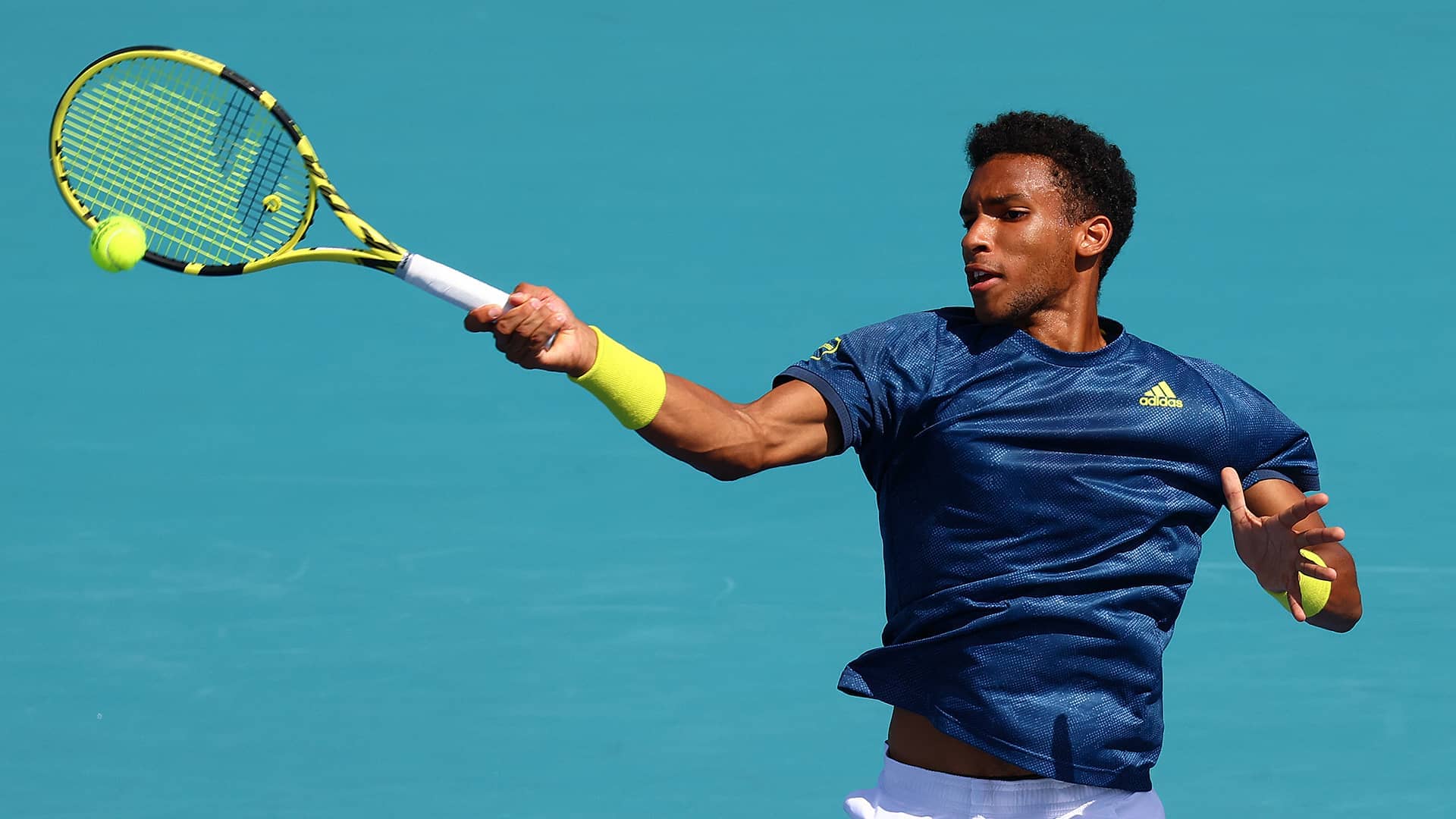 Felix Auger-Aliassime does not face a break point in his defeat to John Isner in Miami. © Getty Images

Felix Auger-Aliassime’s Miami Open presented by Itau campaign is over thanks to a familiar foe. The Canadian, though, drew plenty of positives from his second-round defeat to big-serving American John Isner.

It is a state of mind the 20-year-old admits holds him in good stead as he moves forward. The switch to clay beckoned following his 7-6 (5), 7-6(5) second-round loss on Grandstand.

“That's the only way for me to get to where I want,” Auger-Aliassime said. “If I dwell on my losses and I don't show a trait of character and resilience I'm not going in the right direction.

“So, no, today is tough loss, but I have to keep going forward. Honestly I'm playing well, I'm feeling good. In this period, as well, I don't want to be too hard on myself. I think there has been tougher moments also.”

The loss marked the second time in succession he had fallen to Isner in Miami in two tie-break sets, having also gone down in the 2019 semi-finals by the same scoreline. Despite the defeat, the 11th seed actually claimed one more point on his first serve, hit only five aces fewer than Isner’s 16 and never faced a break point.

“We were both serving well. I mean, six and six I guess is a pretty common score against John,” he said. “Yeah, I think I was able to protect my serve well. Didn't face a break point, so that was good on my part. Then I think I could have adjusted a few things, looking back on the return, to try to find a way to, I don't know, even bunt a few returns in the court to make him play.

“But again, I was trying my best. In the tie-breaks it's just a few points here and there. I played poor points at the start of both tie-breaks, and then it just, I guess, slipped out of my hands, really. It was a close one.”

Auger-Aliassime revealed the key to finding a read on the likes of Isner’s monster deliveries boiled down to one thing – focus. Handling the pace of serve alone was only part of the battle and the chances presented were usually fleeting.

“We get used to the speed, but it's the precision and consistency of it," he said. “When you get a guy like this, people have to understand the focus that it requires to be like this for, what is it, 26 games.

“You have to be focused on your serve too, because you know as soon as you get broken, it's tough to come back… It's tough to get a racquet on it. Even if you guess where it comes, sometimes it bounces high and so it's super precise, not only powerful.”