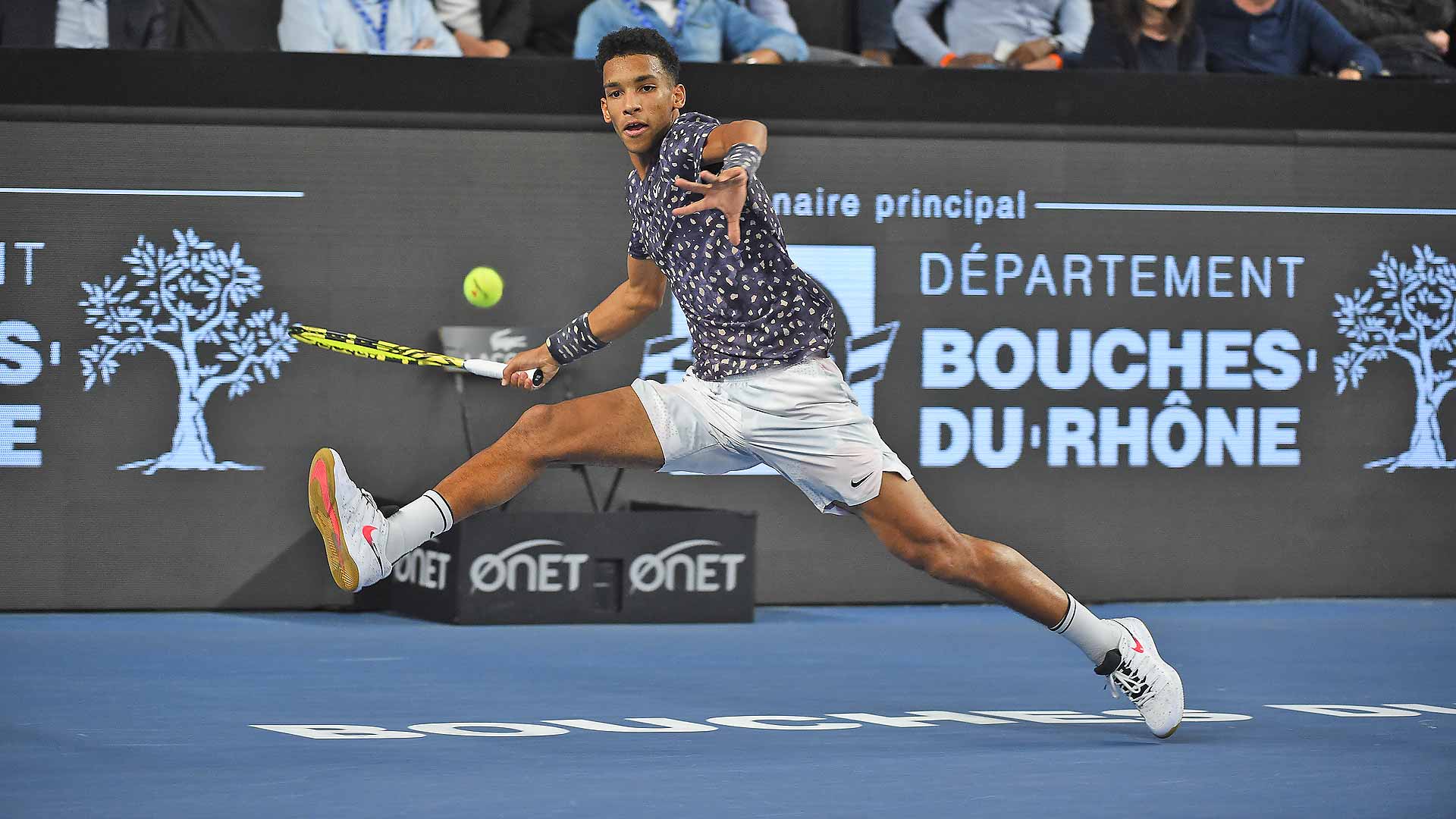 #NextGenATP Canadian Felix Auger-Aliassime saved three match points on Thursday, battling through a slew of tweeners and screaming forehands to overcome Frenchman Pierre-Hugues Herbert 6-0, 6-7(6), 7-6(9) in a two-hour, 40-minute thriller at the Open 13 Provence that the players nor fans watching will soon forget.

The seventh seed steadied himself well after letting slip one match point in the second-set tie-break, eventually triumphing on his sixth match point to reach the quarter-finals in Marseille. Auger-Aliassime, who lost to Herbert in straight sets two weeks ago in Montpellier, struck 16 aces and won 85 per cent of his first-serve points as he continues his pursuit of a maiden ATP Tour title.

The 19-year-old Canadian has now saved multiple match points in his first two matches at this indoor ATP 250 event, erasing two of them in his first-round victory against Italian Stefano Travaglia. Auger-Aliassime will next play Belarusian Egor Gerasimov, who upset third seed David Goffin.

For a moment, it seemed destiny was on Herbert’s side. The Frenchman not only hit a tweener lob on set point in the second set to force a decider, but he struck another clutch tweener to help escape pressure on serve deep in the third set.

Then at 6/6 in the ensuing tie-break, Auger-Aliassime played a perfect point and crushed an overhead into the open court. But on the full stretch, Herbert blasted a forehand pass down the line that the diving Canadian couldn’t handle, giving him a match point on his own serve. The Frenchman was unable to muster the courageous tennis he played under pressure during the rest of the match, pushing a backhand into the net.

On the other two match points Auger-Aliassime faced — at 5/6 and 7/8 in the same tie-break — the teen showed no fear, dictating with his forehand and then blasting an unreturned serve down the T. Felix finished off his victory with an ace out wide, letting out a roar of “Allez!”

It is a key week for the Canadian, who last year reached his first ATP Tour final in Rio de Janeiro as the World No. 104. He has since reached three additional tour-level championship matches, including one last week in Rotterdam (0-4).

Auger-Aliassime's next opponent, Gerasimov, is a qualifier who ousted Goffin 6-4, 7-6(5). Goffin battled hard, getting back on serve in the second set after the Belarusian served for the match.

But the in-form World No. 72 played too well from the baseline, triumphing after one hour and 33 minutes behind three breaks of serve. Gerasimov reached his first ATP Tour final earlier this year in Pune.

Did You Know?
With Denis Shapovalov and Vasek Pospisil also into the last eight in Marseille, it is the first time three Canadians have reached the quarter-finals in an ATP Tour event since 1990 Rio de Janeiro where Martin Laurendeau (QF), Andrew Sznajder (Finalist) and Martin Wostenholme (SF) did it.