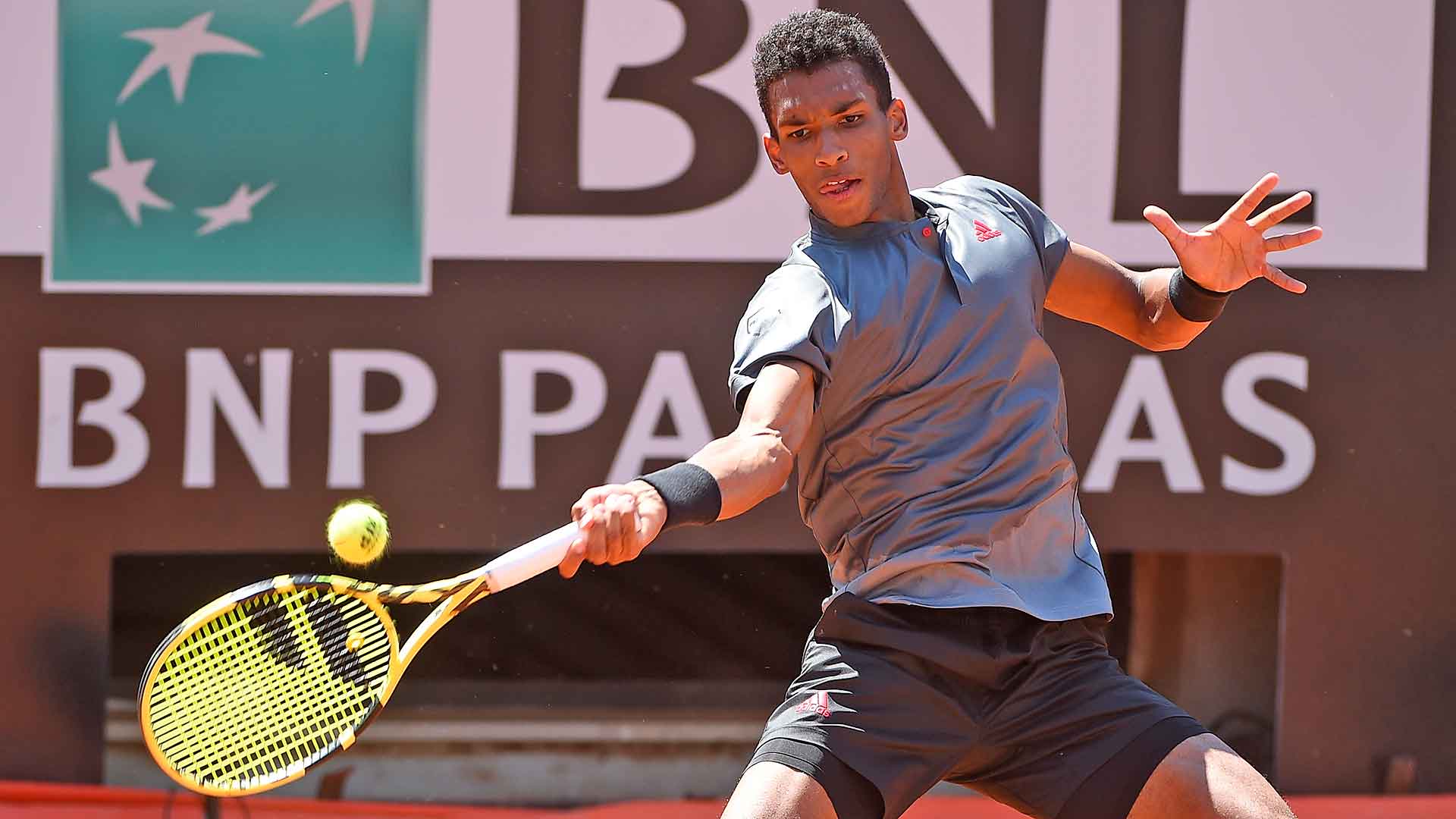 Felix Auger-Aliassime beats Filip Krajinovic on Sunday for a place in the Rome second round. © Corinne Dubreuil//ATP Tour

Felix Auger-Aliassime made it third time lucky at the Internazionali BNL d'Italia, but needed to work mightily hard for his first victory at the Foro Italico on Sunday.

The #NextGenATP Canadian battled to 6-3, 6-7(5), 6-4 victory over Filip Krajinovic of Serbia in two hours and 46 minutes. He is now 13-8 on the season, which includes a runner-up finish at the Murray River Open (l. to Evans) in February.

"I'm really happy," said Auger-Aliassime. "[It was] a tough match. I'm happy I was able to win today. You've got to believe and be resilient at times. I wanted to win badly, so I dug deep and I found a way."

Auger-Aliassime first served for the match when he led 5-4 in the second set, and endured a tense finish in the decider to set up a second-round clash against eighth seed and 2020 runner-up Diego Schwartzman of Argentina.

Auger-Aliassime was broken in the first game, but his forehand soon worked wonders to break Krajinovic’s serve at 1-2 and when he led 4-3. The 20-year-old completed the 42-minute opener with his sixth ace.

From 3-3 in the first set, Auger-Aliassime won five straight games to a 2-0 lead in the second set. The World No. 20 was broken to 30 when serving for the match at 5-4, but won the first two games of the decider, which included five breaks of serve. Krajinovic, who reached the Rome third round last year, converted nine of 15 break points in a late surge.

Later in the day, Spanish No. 11 seed Pablo Carreno Busta lost just seven of his first-service points (41/48) to knock out Laslo Djere of Serbia 4-6, 6-3, 6-1 in two hours and 13 minutes. The 2018 quarter-finalist will next face Italy’s Fabio Fognini or Kei Nishikori of Japan in the second round.